The towering defender is a product of the Red Bulls Academy, a growing presence on the U.S. U-20 team, and a dual-national with ties to Poland. 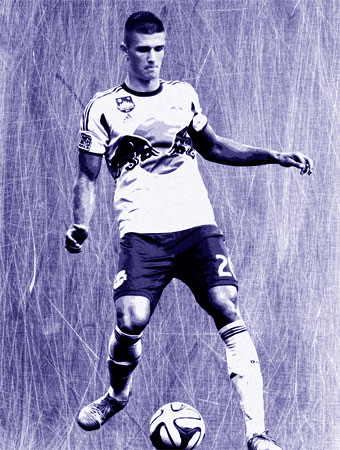 I was six years old and at my birthday party my uncle came in with a soccer uniform and cleats and ever since I’ve been playing soccer.

When I was younger I was a striker so I’d say Ronaldo.

My first U-14 camp ever, we had a friendly against a team from Los Angeles and our head coach told us that we were the future of U.S. Soccer, so take this opportunity.

Confidence and believing in myself.

Arun Basuljevic, who right now is playing at Georgetown. He was my closest friend throughout our time at the Red Bull Academy and still is today.

Signing my professional contract with the New York Red Bulls.

Anytime I lose a game.

You can’t let praise or criticism get to you. It’s a weakness to get caught up in either one.

I have played alongside some very talented players, the most talented being Thierry Henry.

That a good question. I would probably say something involving sports psychology.

Having a long, healthy, successful career and winning championships.