The Seattle defender reflects on his career 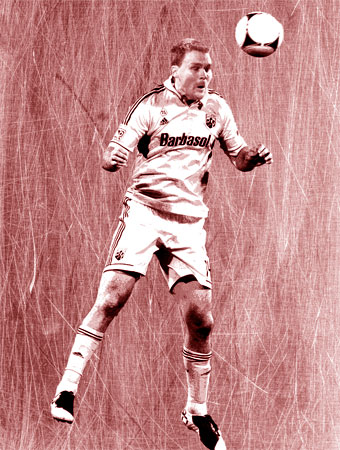 I was 20 years old. It was a game in Southern California against Colombia. So it was cool, I had a bunch of friends and family there. We won 3-0 and I actually scored on my debut so it was a pretty awesome day.

I think consistency. It means a lot to go out there each and every day and maintain the same level and not have the ups and downs.

Selfishness. Not being a good teammate.

Just playing within myself. Knowing what I’m good at and not trying to do much more than that. Get the ball and give it to the people who are better with it.

You can always improve on your communication. Talking and making sure guys are organized.

A lot of people but if I had to pick I’d go back to Robin Fraser in my first two years with the Crew. I learned an awful lot from him, even just watching him play.

I have quite a few but if I had to pick one probably Danny O’Rourke.

Not being able to be healthy for the pre-World Cup camp that I went to. I tore my hamstring a couple months before that so I was just coming back so I really was not healthy enough for that.

Eddie Gaven. Seems like the game is pretty easy for him. He doesn’t have to try too hard.

I ask myself that every birthday because I maybe need to figure it out here in the next few years. I have no idea. I’d like to go into finance and financial planning.

I think someone who can play at a high level for a long period of time. You always know what you’re going to get from him.