The longtime U.S. youth player looks back at where he's been and forward to where he's going. 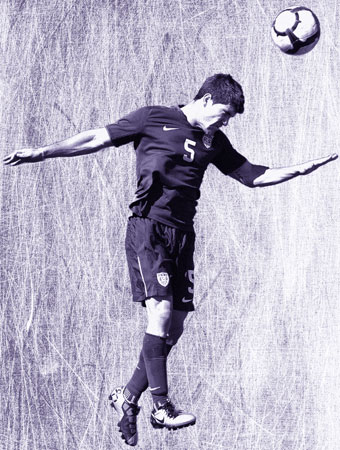 I played in my city on a team called King Cobras. I was four years old.

Roberto Carlos. When I was really young, like 10 or 11 years old, I had some other Brazilians that helped me get playing in Brazil. Edu Americo—he played with Pele in a couple of World Cups. He’s not that well-known, but at Santos he’s pretty well-known. He’s a guy that I still look up to.

I’ve never been involved with the first team, but I’ve been involved since the U-14s. I think that it’s always an honor to play for your country. We’re all pretty tight, all brothers. The chemistry within the national team is always good. I’ve made some lifelong friends.

I thank God for the opportunity that he’s given us all. Soccer doesn’t last forever. We have very short careers and injuries sometimes take them away, so just take advantage—don’t take it for granted. It’s something that we love to do. We come out to the support of our families every day. There nothing better than doing what you love and actually getting something from it.

Family is very important, and my wife as well. I had a dry spell there for about six to seven months without a club, and I think my wife was definitely the key to keeping my head in it and not giving up.

Being a professional player, being able to travel to so many different countries at this young age. Also, representing your country is something that millions of people dream of, so having that opportunity is wonderful.

Not qualifying for the Olympics. With the U-20s as well. It was a bit of an embarrassment for us, for our country, but we got to learn from it. That’s the most we can take from it. Just learn from our mistakes and never let it happen again.

Like I’ve said before, soccer doesn’t last forever, so I’d say just to take what life gives to you, what you can learn from it on and off the field. The people you meet on and off the field, just take everything in. I think that’s truly what makes us who we are during the game and after our careers.

At Sporting, Miguel Veloso, Joao Moutinho, and Helder Postiga. Guys that have been in Euros, Champions League matches... just training with them is different.

The twins, Rafael and Fabio [Da Silva]. In U-17s, about five or six times. At that time, they were incredible. One on the left, one on the right.

I still go to school. I’m about to graduate in about three months. I’d work in sports management. Working in the business that raised me: football/soccer. If I wasn’t playing, I’d still be doing something with sports.

Believing in God, taking everything that the game gives you and making the most of it.