The Real Salt Lake veteran wants to win a Supporter's Shield before he retires. He opens up about that and more. 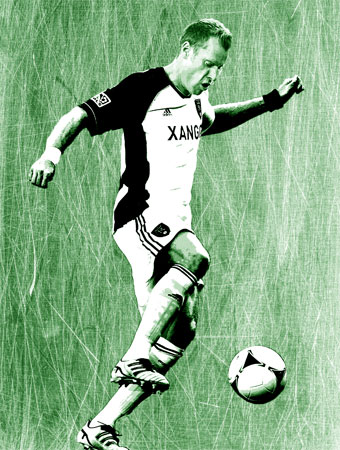 For my first cap I subbed in for Pablo Mastroeni in the 85th minute. We were playing a friendly against Colombia. Funny thing is, Bruce Arena subbed me in as a center-mid when I normally play center-back. I was pretty nervous and I ended up running around the field for five minutes like a chicken with its head cut off.

I like guys who can both work hard behind the ball and also have composure in possession.

I dislike players who don’t hold themselves accountable for their actions.

I’ve always wanted to be a better long-passer of the ball.

Either losing the 2011 CONCACAF Champions League Final or losing to Mexico in the 2004 U-23 Olympic Qualifying Tournament. Both of those hurt pretty badly.

You can’t lose focus for even a second against higher-level teams.

I’d probably be running my own business—something related to personal finance or real estate.