The striker's enthusiasm for the U.S. national team is matched only by his potential. 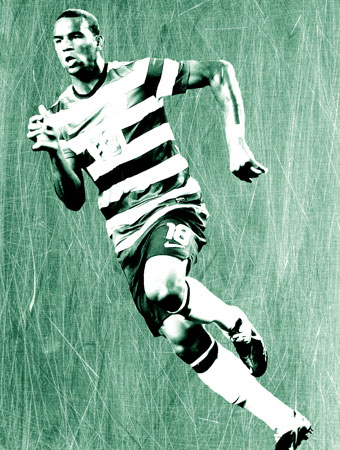 Playing in the neighborhood with other children when I was 5 or 6. We played on any field we saw, but not at a club.

I felt very proud to be at the team and couldn’t believe it. I tried to give more than 100% for the team and I still try to do it nowadays.

The fact that every soccer player is kind of an artist and has to deal with several aspects in his daily life. You never know what he comes up with.

I want to make my game faster.

Gerson, our defender from Brazil here at Rapid.

When we failed to qualify for the Olympics in London.

There is no justice in the game.

I would study at university and travel through other countries.

To win with the team. When our fans go home, being satisfied and saying, "Hey, that was a great game!"