RSL's young playmaker is a wizard with the ball at his feet. He's learning to turn that vision into production. 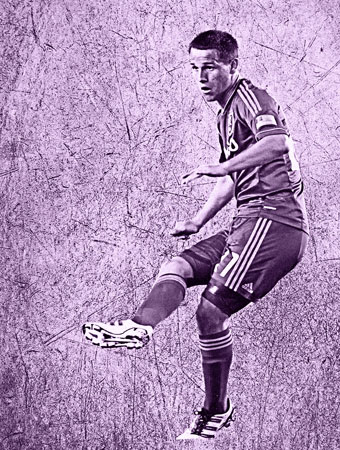 I was about four years old when I scored my first goal in an indoor soccer league.

It was an amazing opportunity and it just felt right. From then on I knew what I wanted to strive for, and that's to represent my country in the best way possible.

I would have to say their technique on the ball. By that I mean their control and passing of the ball.

A player who is selfish and negative on the field.

For me, it’s about being a very simple player. I try not to complicate myself or my teammates. I try to never overdo something.

Being more aggressive in the final third of the field. Taking on players 1v1 and taking more shots.

My dad. Even though he was a little tough on me when I was younger, it was all for the best. He still gives me advice after he watches my games. He coached me throughout my childhood, so most of how I play was because of him.

One of them would have to be Paulo Jr.

Having the opportunity to play in the U-17 World Cup.

I don't think I really have a real disappointment. I always try to turn failures into positives.

To be patient. It might not sound like a real lesson, but it's a part of the game for me in both my overall development as a player and in me trying not to rush through things on the field.

The whole Real Salt Lake team. They all have something special to bring to this team and they all want to be team players. They make themselves and the team better.

I believe every team is tough to play. You never know how a team is going to come out and play that day, so I can never get too comfortable with an opponent.

I would love to open up a restaurant. I love food.

Giving everything you have. You never know how great you can be until you give it your all.