The potential future No. 1 netminder dishes on his hero and wearing the Stars and Stripes. 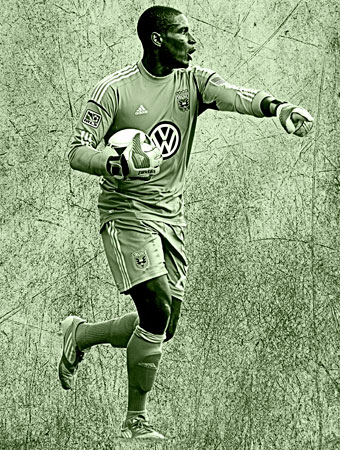 It was amazing. It was special since we were playing against our rivals, Mexico.

My father has played a big role and that’s an easy answer.

Chris Agorsor, who was most recently with the Richmond Kickers and from Severn, Maryland. I have always played with him through youth soccer growing up and he’s like a brother to me.

Representing my country and becoming the youngest goalie ever to win an MLS soccer game.

Ronaldinho while he was with AC Milan.

I would be involved in music somehow. I played the violin growing up and my dad is a professional DJ.

Winning championships with a team. Competing and winning the biggest tournaments in the world whether it is the World Cup or Champions League.