The new Chicago acquisition credits his thirst for knowledge of all things soccer for his success in the game. 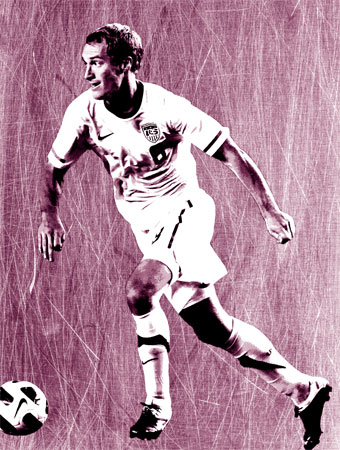 Playing in the 5-year-old intramural league on the "DinoScores."

I wanted to be like the guys who played for my high school when I was in grade school. My school was kindergarten through 12th grade and I would idolize the high school players.

I remember thinking it was wild to be putting on the jersey and jacket, or anything with the U.S. national team insignia on it. It was always something I wanted to do. Growing up I never bought a U.S. jersey/jacket/shorts—nothing. I told myself the first time I am going to wear it, it was going to be given to me.

All players are different but I think soccer players have a craftiness that the best players possess innately, while the others develop it over time.

I don't know if there is one thing that every player possesses that I would say I dislike.

Success in anything for me is attached to my willingness to continue to learn. I always want to find out new things and fight the "satisfied" mindset. Once you lose the desire to learn you create problems for yourself. I am always watching soccer and trying my best to analyze it.

I attribute all of my ingrained athletic competitiveness to my father.

Disproving doubters at every level.

If I had the power to answer that question and get the answer right, I wouldn't be playing soccer.