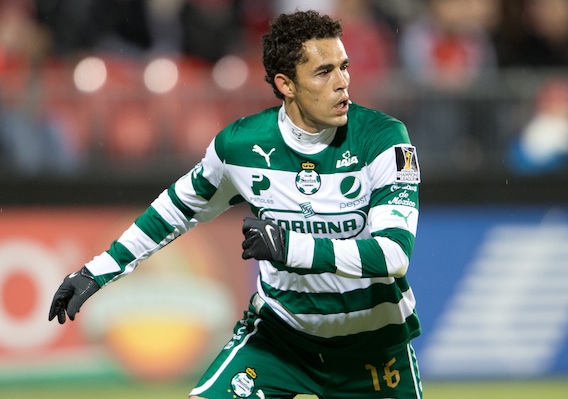 The Santos Laguna attacker leads his team into the Pacific Northwest for a CONCACAF Champions League tilt; Stuart Holden is happy to be back on the field; could Bocanegra return to Rangers?
BY Jesse Yomtov Posted
April 02, 2013
8:14 AM