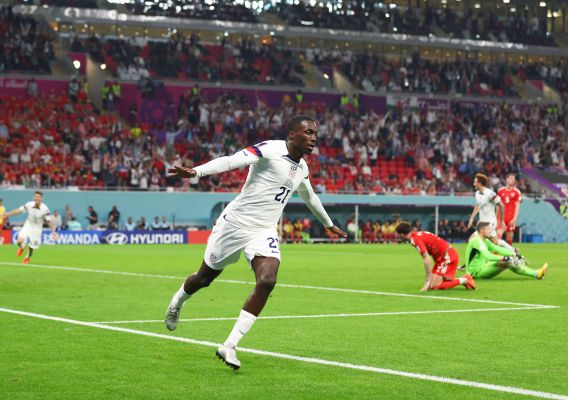 The United States opened its 2022 World Cup campaign with a very hard-fought but ultimately disappointing 1-1 draw with Wales. The U.S. opened the game with a classy goal from Tim Weah but faded in the second half and were the victims of a Gareth Bale equalizer from the spot. ASN's Brian Sciaretta breaks it all down.
BY Brian Sciaretta Posted
November 21, 2022
3:30 AM

THE UNITED STATES opened its 2022 World Cup with a frustrating 1-1 draw against Wales in Qatar. The U.S. team started strong to take the lead, but it was Wales that controlled the second half, put the U.S. team under pressure for long stretches, and earned the equalizer.

The result felt like two points squandered and sets the U.S. team up with its hardest group stage against England on Friday. With one point now, simply earning a draw against England would be massive and would put the team on a much-improved path towards advancing.

By now everyone has seen the game. The U.S. team took the lead in the 36th minute via Tim Weah off a beautiful pass from Christian Pulisic. But Wales finally got its equalizer in the 82nd minute when Gareth Bale drew a penalty on a foul from Walker Zimmerman and then converted.

The biggest takeaway I had from this game is that you could tell that the United States team was both talented but still very young. The first half revealed their talent. There was some great combination play in midfield and with their fullbacks who were pressing into the attack. While it was true that their execution or final product was missing, the US still controlled the game and was living up to its game plan.

The response from the US team showed that the team is still learning at the high levels of the international game - which can be very different from the club game. This seemed to be the type of game where a U.S. team with the same group of players, but who are maybe only just a few years older, would find a way to win. A bit more experience might teach them how to not concede so much possession from Wales and how to hold the ball a little bit more and take pressure off the back line. 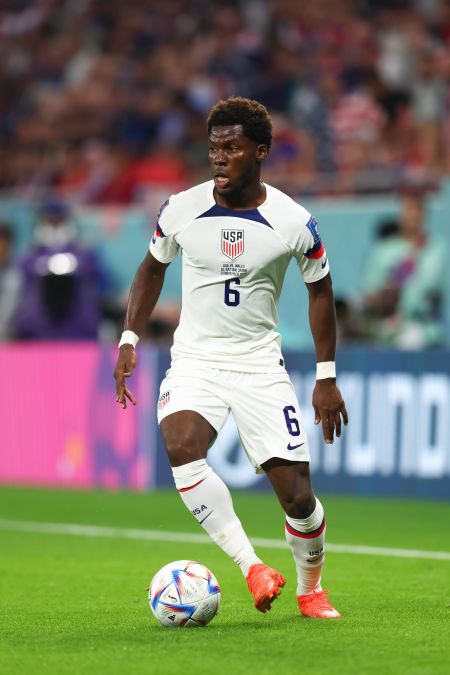 Instead, we saw some inexperience in these types of environments on display. With the way the US team allowed Wales to completely reverse the course of the game, it was only a matter of time before their experienced forwards would find a way to even the game.

The biggest area of concern was in the midfield in the second half. McKennie clearly was fading and possibly struggling with an injury. Musah was tired. The intensity of the game was wearing on a lot of players.

The U.S. team was clearly saved from a loss by the fact that teams had five substitutions. The U.S. substitutes all made positive impacts on the game. Brenden Aaronson sprung several counterattacks. Kellyn Acosta made a huge tactical foul that stopped a late Bale goal from distance with Matt Turner out of position. DeAndre Yedlin pushed into the attack at right back. 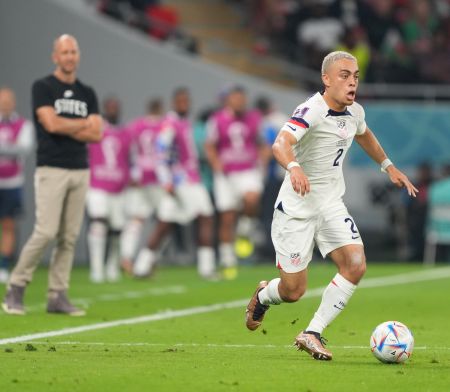 On a positive note, this was an excellent learning experience. A lot of these American players have played in huge club games, but the international game can be soccer at its most desperate when teams have their backs against the wall. Closing out a World Cup game is remarkably hard and its even harder for a young team but learning the tough lessons of how to do it is the best way to learn.

The U.S. team has taken a lot of pride with its youthful look, but there are consequences in lacking a critical supply of prime-age players.

Shortly after being named the U.S. team’s World Cup captain, Tyler Adams put forth a tremendous effort against Wales. He was phenomenal all game long and in all areas of the game. He covered defensively for teammates who were out of position, he intercepted passes, he sprung counterattacks, he won duels, his tackles were on point, and his passing was accurate. 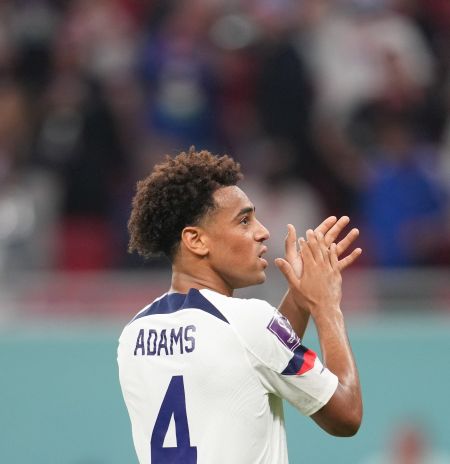 Above it all, he covered 13.13 km in the game and continued to be sharp later in the game. He is probably the team’s most indispensable player as there is no one else who can replicate what he can do at the No. 6.

The U.S. team finished the game with one shot. For all the possession and slick passing the U.S. team put on display in the first half and then on counterattacks in the second half, it never put nearly enough pressure on the Wales goal and Wayne Hennessey did not have to make one save. 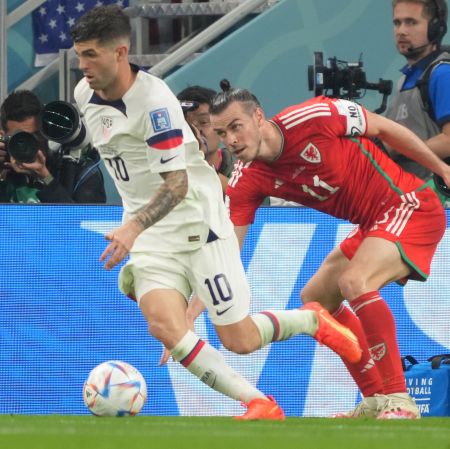 When the U.S. team was deep in the half, the final ball was sorely lacking. Too many crosses were not able to find intended targets, shots from distance sailed over the bar, through balls were a fraction too late and were intercepted. Counterattacks often had to be pulled up because runs were missed.

All throughout World Cup qualifying, the U.S. team was not getting enough out of set pieces. Corners rarely yielded anything dangerous and free kicks were not much better.

The reasons for this problem are on both ends. For as important as Christian Pulisic is to this team, his corner kicks have only seldomly been dangerous. Too often, it doesn’t get past the first defender or it doesn’t find the most dangerous targets in the box. 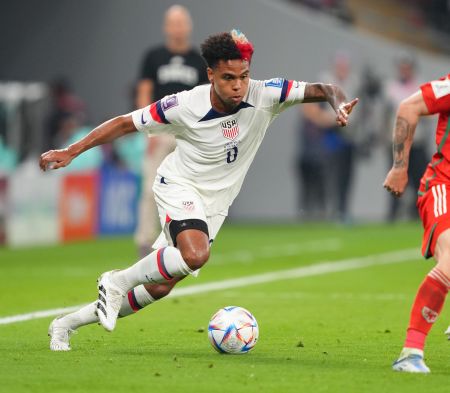 But Pulisic’s job isn’t easy. The team has very few set piece targets who are real threats to finish. In the team’s starting lineup, only Walker Zimmerman and Weston McKennie are dangerous aerial threats close to the goal. If McKennie can’t go, there isn’t another good target in the box.

The U.S. continues to be at a disadvantage in tight games without being dangerous on set-pieces. To make it even more of a concern, set piece defending is also a huge potential problem and England could be a team with the ability to take advantage.

Looking ahead to England

There is not a lot of time until the second game as England awaits after just three full days of rest. Gregg Berhalter is going to have to face some tough questions.

For one, Gio Reyna sat out this game for precautionary reasons due to muscle tightness. We do not yet know his availability for Friday but Berhalter clearly would be boosted if he returns.

The first big question will come down to McKennie and his health. He missed the last three weeks with Juventus before the World Cup and after starting this game, he took some tough knocks and faded significantly in the second half. It seems like there is a good possibility he won’t be able to start on Friday. 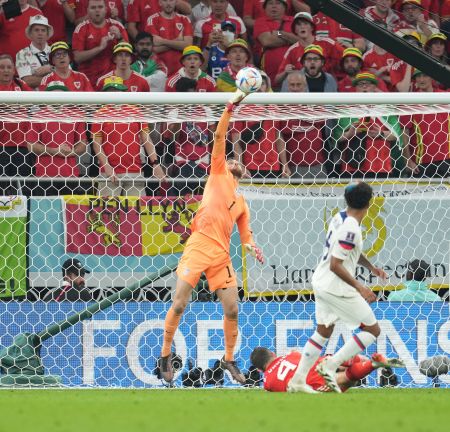 If McKennie can’t start, it will come down likely to Brenden Aaronson or Reyna, if he is healthy. Aaronson was very sharp off the bench he very much looks like a midfielder as opposed to a winger these days.

Pulisic and Weah are likely going to continue to start on the wings but center forward could change. Josh Sargent got the nod in this game and Sargent had a mixed game. Sargent missed a good chance in the first half when his header went just wide but Sargent also showed an impressive commitment to defense.

It wouldn’t be a surprise, however, if Berhalter makes a change from Sargent against England and goes with either Haji Wright or Jesus Ferreira. Wright came off the bench and he moves well but he might have more success against Iran. Ferreira might be seen as a player who can drift back into the midfield and play through the team’s wingers. 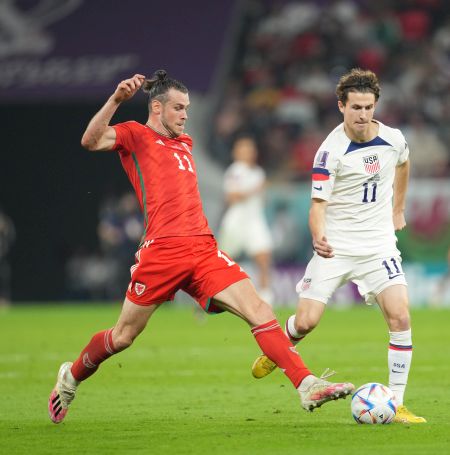 The same comes down to the players who picked up yellow cards and risk suspensions against Iran if they pick up a yellow against Iran – McKennie, Ream, Dest, and Acosta.

Tuesday and Wednesday are going to be telling for Berhalter in who he wants to start against England. The U.S. team left everything out on the field against Wales and you could see how exhausted the players were. Pulisic and Musah also were among the long list of players who struggled to get up in the second half. We will know more about their recovery in the days ahead.

But it could very well leave Berhalter with tough decisions about how much does he start a top possible lineup against England as opposed to trying to ensure he has all of his best players at the best possible form for Iran – where it look more and more likely the team will need a win to advance.