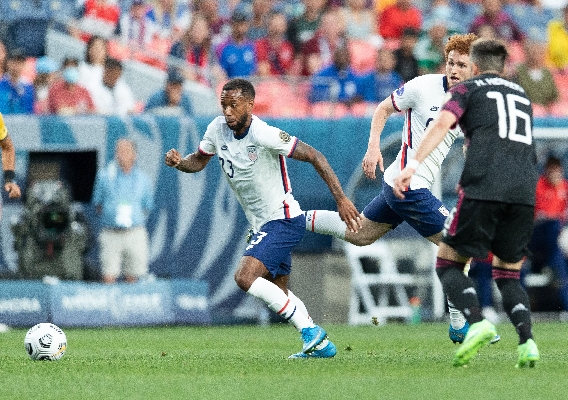 With his career on the upswing, Acosta seeking to cement spot on USMNT

Kellyn Acosta was once considered a top prospect in American soccer. But after a tough few years away from the national team, Acosta is back and he played an important part in the recent Nations League triumph. Also part of an impressive Colorado squad, Acosta is optimistic at the club level and still making the move abroad. ASN's Brian Sciaretta recently spoke with Texas native about a wide range of topics.

WHEN THE United States national team defeated Mexico in the final of the Nations League, it was an important moment for many players of the team as the emotion and intensity of the region’s top rivalry is spreading to a new generation of players and fans.

The United States ended up prevailing 3-2 a dramatic extra time win. There was a moment right before kickoff when Kellyn Acosta turned Weston McKennie, a player who has known since he was seven, and the two understood what instore.

The win was important for the United States. Not only did it allow the team to lift silverware and claim regional superiority, albeit briefly, the win also proved that the U.S. team has a viable way to win a big game without Tyler Adams. Finding a backup option to Adams, an elite defensive midfielder, hasn’t been easy for the past few years. 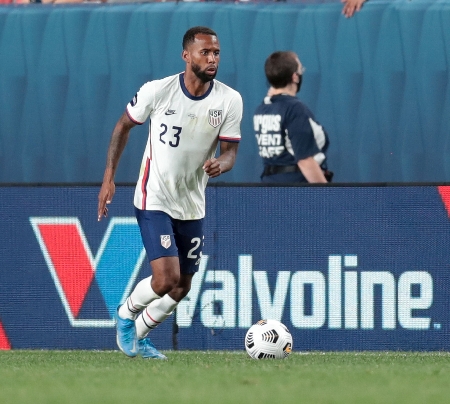 In this game, it wasn’t necessarily on Acosta to directly fill the void of Adams but rather a 3-4-3 formation where McKennie and Acosta played as two central midfielders with two wingbacks in front of three central defenders. Acosta and McKennie struggled in the first 15 minutes but gradually settled in and played well for the duration of the game – where Acosta eventually shifted to left back in extra time to allow for a more conventional formation once Adams was subbed in.

“I wasn't necessarily uncomfortable,” Adams said of the formation. “As the game wore on, we all kind of settled in. I think we let emotions have the best of us in the beginning. But I think once we settled into the game, we showcased what we're capable of. It is obviously a little bit different than what I'm used to here in Colorado. We used the same information in Northern Ireland as well. It's a formation that gives something for opponents to think about and we're able to switch to adapt and have different options moving forward.”

In the end, Acosta acquitted himself well and likely has a role on the team moving forward – although competition remains tight on an improving U.S. national team player pool. Last week when Berhalter announced named his 60-player preliminary roster, it included Kellyn Acosta who is one of the few holdovers from the Nations League. 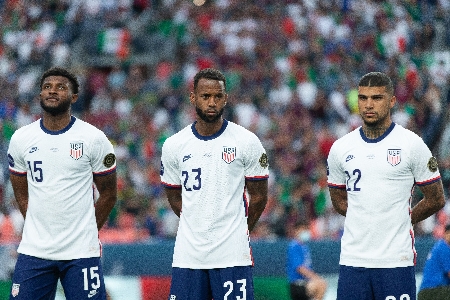 Acosta is likely to be on the final roster for the Gold Cup and if he is selected, expectations will be completely different for him. Unlike the Nations League roster, Acosta will be looked upon as a leader and more experienced player.

“If I'm part of the Gold Cup, I am going there to compete and win - first and foremost,” Acosta said. “We don't want to just be participants. Whoever is on the field, we are going to rep the crest. I want to use this experience from Nations League and playing against the top CONCACAF teams. I'm going to transition it into the Gold Cup, if I'm involved, and use that experience to help better my team and help guys that are making the first call-up, or maybe have never played at high level games internationally.”

Acosta, 25, is in a good position with the national team right now but is career has been up and down. He made his debut with the U.S. national team in 2016 when he was enjoying a breakout season with FC Dallas. His career, however, stalled for awhile and he was traded by Dallas to Colorado. He also stopped earning call-ups to the U.S. national team – and was one of the cuts midway through January camp in Gregg Berhalter’s first session as coach.

In 2020, Acosta’s career went back on the ascent under Colorado manager Robin Fraser where he was a big reason for the club’s improvement – which included a playoff berth. In 2021, he has built on foundation he laid the season before. This season, Colorado currently sits in third place in the Western Conference and is one of the hottest clubs in the league at the moment with five wins in its last six games.

Acosta made his first return to the national team in 24 months in a friendly win over El Salvador in December. That has only seen him remain with the team and eventually start against Mexico for the biggest win of the cycle, so far.

“Obviously, it was a tough stretch, not getting called up and watching some of my teammates going into the national team to compete,” Acosta said. “I mean, there wasn't a specific moment for me. It was just a matter of getting my head down and my feet underneath me, doubling down and working hard and let everything else come into play. And luckily, Gregg has been watching closely and gave me the opportunity last December. And every camp I've been involved, I've been trying to make the most of it, ask questions. I've been eager to learn, to continue growing in and try to nail his system to the best of my abilities.” 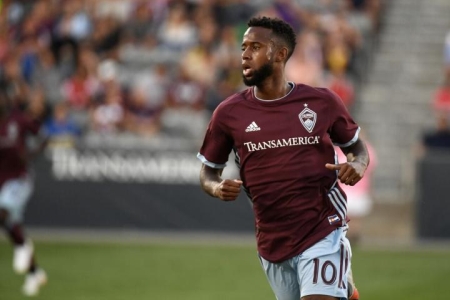 For now, Acosta finds himself on a national team that is very much in flux. The Gold Cup will change the player pool and World Cup qualifiers, with three-game windows, will force teams to dig into their depth and use a lot of players. Combined with injuries, suspensions, drops in-form, and fatigue will set in and the play pool will change heading into 2022.

The Nations League triumph was heavily based on European-based players, although most of them made their start in MLS before moving abroad. Among the players still active in MLS, Acosta and Sebastian Lletget played the biggest role. 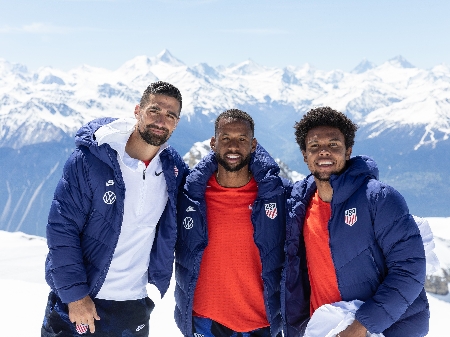 Acosta will turn 26 next month during the Gold Cup and he has been based domestically his entire career, although offers from European clubs have been turned down. He still holds hope of making a later move to Europe and perhaps his current national team involvement will boost his case. Still, he feels that the top players in MLS belong on the national team.

“As guys, as MLS people, we're a punching bag for a lot of fans out there. It's tough,” Acosta said. “Playing abroad as always been my dream. There have been some different circumstances that made it so I wasn't able to…. The fans, obviously, they're going to see the teams that everyone players for. But I think me, Sebastian, Jackson [Yueill] - we play at a high level, and we deserve to be there… Winning is always fun. The tough part is when the team starts losing. Then people start pointing fingers. But when everyone's winning and it's hard, it's hard to fight it.” 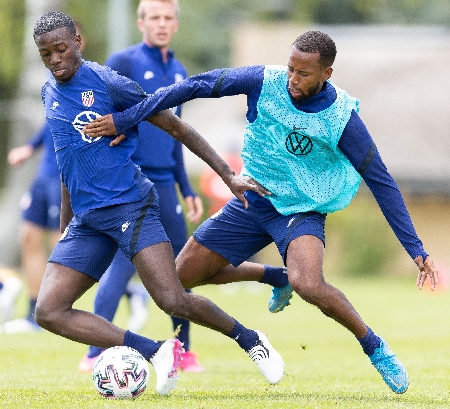 “For me personally, I want to be in Europe,” he added. “That is my dream and that's my ultimate goal. As I get older, it gets a little bit harder and tough. But just being in this environment with all these guys, it makes me even more eager to play abroad.”

Of course, there is plenty of reasons for Acosta to be thinking about his future with the national team, or his present with Colorado and it possibly being a contender this season. But part of his recent revival has seen Acosta think about his past as well.

Acosta is part of an impressive number of the U.S. national team player pool that derived from the FC Dallas academy. The bond between these players remains tight, even after they have left the club. 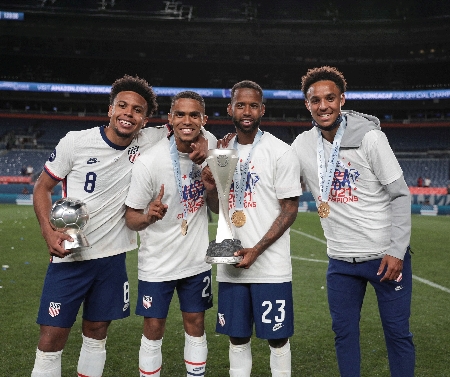 Following the win over Mexico, FC Dallas alums Acosta, McKennie, Reggie Cannon, and Bryan Reynolds all posed for a picture with the Nations League trophy. The list continues to grow as well as Justin Che is a top prospect who recently went on loan to Bayern Munich. Chris Richards would have made the team if not for an injury. Paxton Pomykal, Tanner Tessmann, and Jesus Ferreira are also on the Gold Cup provisional roster.

For Acosta and this group, they consider there to be a brotherhood among them.

“You have guys playing at big clubs in Europe. Weston is playing Champions League ball.  Hopefully Bryan as well. Reggie is playing in Portugal. It just shows that our academy is strong and that we have produced great players along the way - and more to come. Justin Che was involved in the first half of camp. Chris Richards as well. There is a ton of FC Dallas talent in and around the national team.

“I've known Weston since I was like seven years old actually before the academy was a thing,” he added. “I know Reggie very well. Bryan, not as much but for us, we look at each other as brothers. We want to help each other. It is crazy about how far we've all come.”