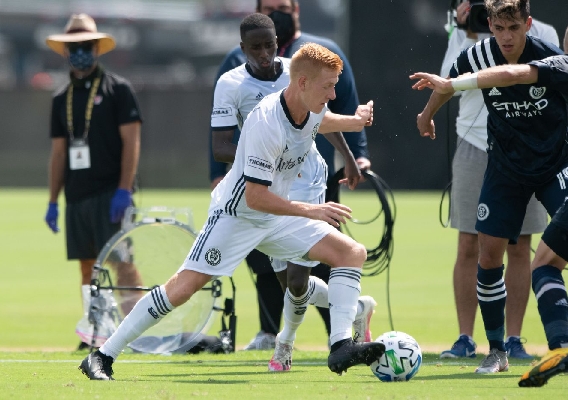 The Philadelphia Union have been on the ascent in recent years and an impressive youth pipeline has played a significant role in the newfound success. Last year the club signed U.S. youth international Jack de Vries, 18, to a homegrown deal and the former U.S. U-17 international made his first team debut in Orlando. Now he wants to join Brenden Aaronson and Mark McKenzie as the club's next youth contributor. ASN's Justin Sousa spoke with de Vries in Orlando.
BY Justin Sousa Posted
July 28, 2020
7:05 AM

A CAREER IN PROFESSIONAL soccer always seemed to be the end goal for Jack de Vries. As a child, he lived in Belgium with his parents where he also trained with one of the country’s most prestigious youth academies at RSC Anderlecht. At the time, the club was a popular name among some of the bigger clubs in Europe as they all sought to sign their promising, 17-year-old forward Romelu Lukaku.

Having moved to Belgium at such a young age, the cultural adjustment didn’t hit as hard as it would have been for older kids. He learned Flemish and a bit of French while living there and got in touch with his Dutch roots being just a two-hour commute away from Amsterdam. It was in Belgium where de Vries fell in love with soccer and decided to follow in the footsteps of his father – former Colorado Rapids midfielder Raimo de Vries – in becoming a professional.

De Vries and his family returned to the United States when he was 10 years old for his father’s work, but it quickly became clear that the opportunities to go to the professional level in Virginia were limited. After three years, the de Vries family was on the move again – this time to Philadelphia – as Raimo took up a job for a different bank company and Jack earned a spot in the Philadelphia Union’s academy.

Over his four-year stint with the academy, de Vries earned regular invitations to youth national team call-ups at the under-15 and under-17 levels. He made a verbal commitment to play for the University of Virginia at the end of 2018 before making his professional debut in the Bethlehem Steel’s 2019 season opener three months later. Despite a lack of game time for Bethlehem throughout 2019, de Vries was offered a homegrown deal by the Union in August.

“I’d been wanting to be a pro for as long as I could remember,” said de Vries. “Living in Europe, that’s all people talked about and that’s all people cared about. None of the players cared about playing in college, and I didn’t even know about the opportunity to play in college until I moved back to the United States. That drive to become a professional soccer player has been with me for as long as I can remember.” 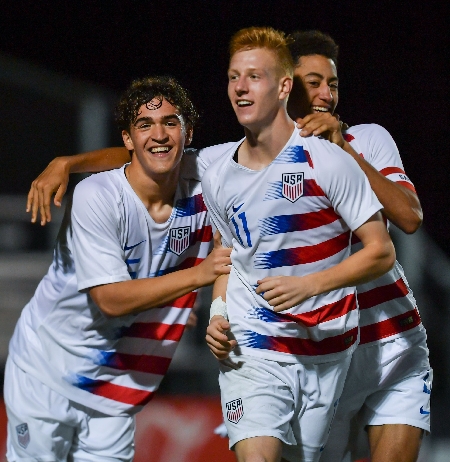 The contract also came at a time where de Vries was attracting the attention of European suitors as well. Both PSV and FC Copenhagen were heavily invested in de Vries, bring the youngster in on trials in the Netherlands and Denmark, respectively. Copenhagen were prepared to offer him a deal on the spot while a new coaching staff at PSV offered de Vries a second opportunity to trial with them before they decided on whether to offer him a deal.

“When Union offered me [a contract], I knew everything about the Union,” said de Vries. “I knew I was going to be happy because I was going to be with my family. It was the safe option, but it was the option I was most confident in.”

With his first professional contract signed, de Vries immediately set his sights on breaking into the first team. It wasn’t going to be an easy task especially when considering the depth in attack the Union were beginning to add, but the integration of homegrown players before him like Mark McKenzie and Brenden Aaronson were positive signs for his future.

However, his 2020 season did not start with the Union. Instead, he was a starter for Philadelphia Union II in their USL Championship season opener. Though it wasn’t the first team, it was an improvement upon the limited professional minutes he picked up throughout 2019. A potential debut in the U.S. Open Cup or during a run of congested fixtures seemed like the most probable chance of him getting his first team debut, but nobody was counting on a global pandemic.

Since arriving in the bubble in Orlando for the MLS is Back tournament, de Vries has just taken each day of training and matches day by day. The opportunity to be rostered with the first team and even coming on as a substitute for his debut against NYCFC have been incredible experiences for him during this unprecedented MLS season. 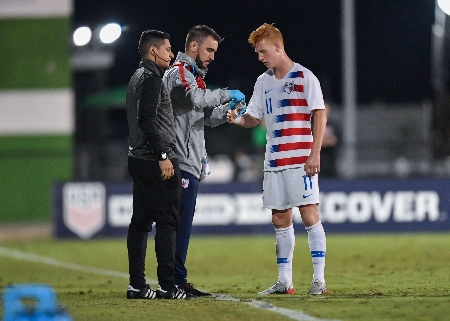 “Obviously, the main goal was to break into the Union team,” said de Vries. “I wanted to set my goals high and see where it went from there. I knew going into it that I would spend some time with Union II, but obviously the end goal was to try to break into the first team and make the 18. It hasn’t paid off yet, but I made my debut and it’s a really cool experience to be rostered for these games.”

Perhaps the most intriguing aspect of his debut was to see him donning the number 14. Players such as Thierry Henry and Xabi Alonso have all previously been associated with the jersey number, but de Vries’ ties with the number are directly linked with his Dutch heritage.

The late Dutch legend has always been someone de Vries looked up to while playing soccer, and he hopes to become as synonymous with the Union as Cruyff was with Ajax, FC Barcelona and the Dutch national team. With a place in the MLS is Back tournament quarter finals secured, winning this tournament with the Union could be his first step to taking the club to the next level among their MLS peers. 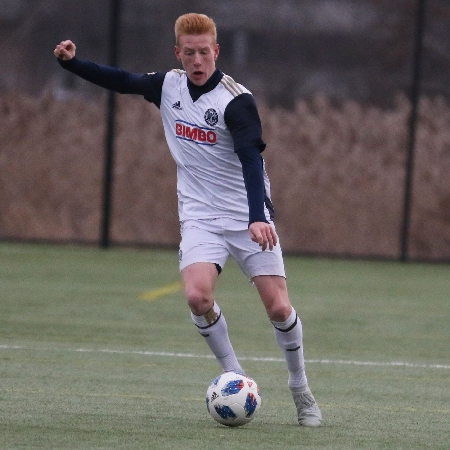 The hope is that his club performances will also lead to more attention from the youth and senior national team staffs. He admires the breakthrough Aaronson had over the course of 2019 in becoming an undisputed starter for the Union and then earning his first call-up and cap for the United States men’s national team in January’s friendly against Costa Rica.

“I guess the nearest thing would be the next Under-20 World Cup,” said de Vries. “That’s something that I would definitely want to be going to but at the same time, the Union is something I need to be really focused on. If you look at Brendon [Aaronson], he started playing well for the Union and then the national team came for him. If I do well for the Union, then the national team will come calling and not the other way around.”