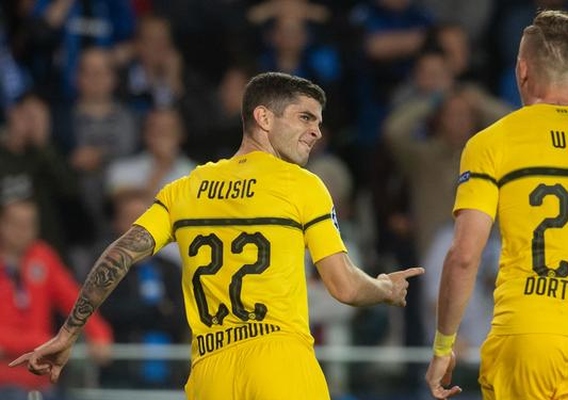 What to make of Pulisic's groundbreaking transfer to Chelsea

While it had been rumored for the last few weeks, Christian Pulisic finally made it official when he took to twitter to announce that he was leaving Borussia Dortmund for Chelsea on a huge transfer deal. ASN's Brian Sciaretta breaks it down
BY Brian Sciaretta Posted
January 01, 2019
11:50 PM
IT IS SAFE to say that 2019 kicked off with a huge blockbuster for American soccer as Christian Pulisic formally announced his transfer to Chelsea. He will remain at Dortmund on loan thru the end of the season. There is plenty of other news to catchup with at the start of the year but it’s safe to say that Pulisic’s move is one of the biggest stories in the history of American soccer.

What to make of Pulisic move?


The move is certainly exciting for American fans as the amount of money Chelsea shelled out for the 20-year-old is staggering.

It is also the third highest amount Chelsea has ever paid for a player. And Chelsea is one of the biggest spending clubs in all of soccer the past two decades.

No matter which player, whenever a club like Chelsea spends that kind of money on a transfer, it is going to generate major headlines. The fact that it is a U.S. international from Pennsylvania is groundbreaking and staggering.

It is exciting for American fans because a young player from their country is now doing things that is typically reserved for players who typically come from the world’s most powerful countries in the sport. Pulisic’s move raises the profile of American players.

While there have been American players at huge clubs before, that has always been the result of the club taking a flyer or signing him initially as a youth player (which is how Dortmund signed Pulisic). It has never been the result of a huge transfer. Chelsea is all-in on Pulisic.

While it’s true that Pulisic has found playing time somewhat more difficult to come by at Dortmund this year, he is being kept out by Jadon Sancho – a young player of world class potential. Despite that, Pulisic still plays regularly and produces while on the field.

This move is also a risk for Pulisic. It helps him with his bank account and certainly gives him a higher level of prestige that comes with having a huge club pay a fortune for your services. But the reality is that he’s in a great situation at Dortmund. He’s currently playing for a club that is atop the Bundesliga table and is a perennial Champions League participant. He’ll be leaving for a club that is in the top five of the Premier League but always has the financial resources to be in contention to win it.

Chelsea is a step up from Dortmund in that the club’s resources always give it the potential to be a special team that can win the Champions League – even if there isn’t much separating the two clubs at the moment.

The Premier League is just a huge draw for all players these days. U.S. international Danny Williams explained that it was always his goal to make it to the top tier of England and he was willing to leave offers from the Bundesliga just to join a Championship team – in the hopes it could get promoted.

The top tier of the Premier League is a massive draw to the world’s elite players, and Pulisic managed to secure a stunning deal to make it happen – one where he didn’t sacrifice anything to make it happen but rather made a club like Chelsea sacrifice to get him.

While it could very well change soon, at the moment moving from Dortmund to Chelsea is not a huge upward move. But when it comes to things like prestige, respect, and a global raising of his profile, this move was massive for Pulisic and it has the ability to help how American players are perceived in the high levels of global soccer.