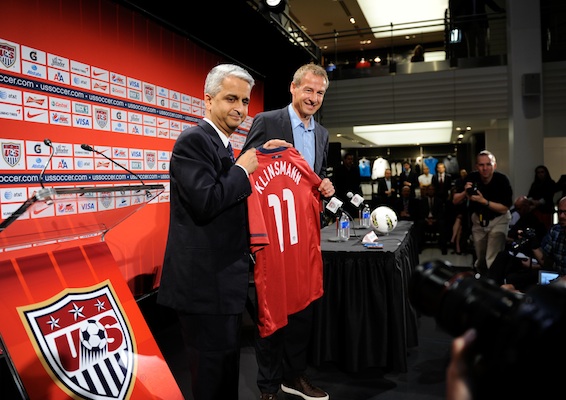 Explosions in the sky

What Happens if the U.S. Doesn't Qualify for the Hex?

Pretend the Americans do not reach the Hexagonal round. What should the United States Soccer Federation do next? The floor is yours. Here's hoping the suggestions don't become a reality.
BY Noah Davis Posted
October 11, 2012
11:52 AM

I've been thinking about this since Ryan brought it up in our debate last week: What would happen if the United States fails to qualify for the Hexagonal?

For the record, I highly doubt it's going to happen, but I am interested in the possibility. Who would be in and who would be out? Klinsmann gone? Gulati gone? Bradley back? Arena back?

In your calmest, most rational tone, let us know in the comments.