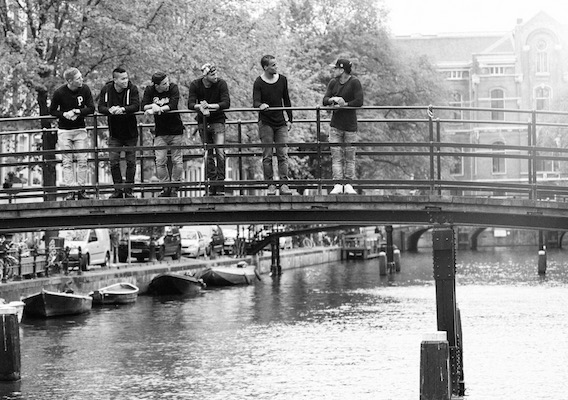 According to reports in Holland, Bundesliga club Werder Bremen is in pursuit of U.S. national team forward Aron Johannsson. American Soccer Now has confirmed the validity of these reports. Apparently AZ Alkmaar has rejected the first offer from Bremen but negotiations are ongoing.

The two sides apparently are not that far off with Werder Bremen offering €4 million for  Johannsson while Alkmaar are asking €5 million.
For Johannsson, 24, the move would be another step up in his career which has brought him from clubs in Iceland, to AGF Aarhus in Denmark, to his current club, AZ Alkmaar.  Last season the Icelandic-American striker was plagued by injuries but he had a fantastic close to the European season and helped Alkmaar secure a spot in the Europa League.
Werder Bremen is coming off a 10th place finish in the Bundesliga in 2014-15 and is in need of a striker following the sale of Franco Di Santo to Schalke.

It appears that Julian Green will stay with Bayern Munich's U-23 team this year. Germany's Kicker magazine quoted Green's agent, Roman Grill, who said the struggling winger will stay with Bayern.
The move is a disappointment because after a lost season of riding the bench at Hamburg SV during the 2014-15 campaign, Green will be returning to the fourth tier of German soccer—where he played two seasons ago. In other words, he is not progressing and he is still going to be playing at a lower level.
Worse yet, he's not even on the younger side of Bayern Munich's U-23 team anymore and the level of his competition is still mostly non-professional. As months pass and he fails to make progress, the days of him being considered a top American prospect continue to fade.

On Sunday Sandhausen defeated Union Berlin 4-3 in front of 4,753 fans at Hardtwaldstadion, and two Americans played key roles in the contest.

Former U.S. U-23 forward Andrew Wooten continued his strong start to the season with a Man of the Match performance and two goals for Sandhausen. Wooten now has three goals in the first two games of the season. Bobby Wood was also very active and picked up an assist for Union Berlin.

Wooten scored in the 21st minute and added another in the 70th minute to equalize the game at 2-2.

Ventura Alvarado did not impress at the Gold Cup and things aren't getting any better now that he is back with Club America.

On Saturday Club America lost its second match of the young season, a 3-1 result against Atlas at Azteca Stadium. With the scored tied at 1-1, Alvarado scored an own goal to give the visiting Atlas a lead it would not relinquish. Warning: The highlight below may not be appropriate for young children.

The question now: What happens to Alvarado's place on the U.S. national team if he loses his starting spot at Club America?

If there was an American who played well in Mexico over the weekend it was Gabriel Farfan who came on for Jaguares de Chiapas in the 76th minute with the score tied 1-1 against Santos Laguna.

He was dangerous in his time on the field and scored the winner. The finish was easy from close range but the run into the box was very well timed.