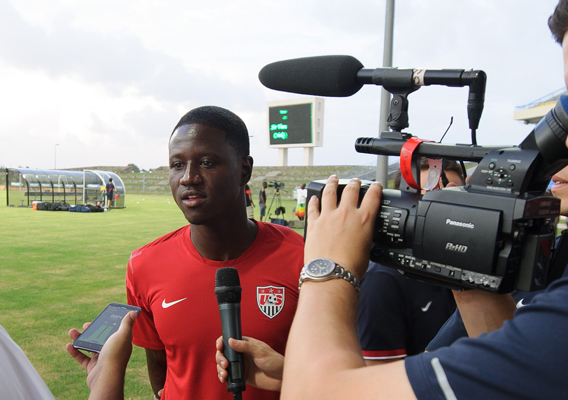 It wasn't pretty. It wasn't easy. There weren't many things good about it, in fact. But the Red, White, and Blue prevailed in Antigua & Barbuda thanks to an unlikely hero.
BY Noah Davis Posted
October 12, 2012
5:20 PM

Eddie Johnson (Eddie Johnson!) scored both goals, the first coming on a cross from Graham Zusi in the 20th minute and the second coming in the 90th.

Dexter Blackstock scored for Antigua & Barbuda in the 25th minute.

It was not an attractive performance by the Stars and Stripes but the Americans got the result they needed. A tie against Guatemala on the 16th in Kansas City will ensure Jurgen Klinsmann's team reaches the final round of World Cup Qualification.

ASN's John Godfrey is reporting live and will have plenty more throughout the night.

Highlights from the game: