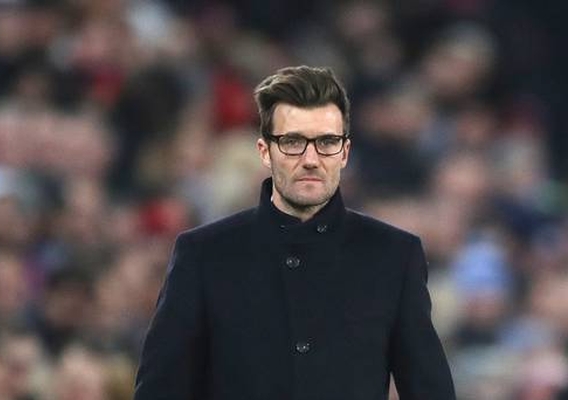 The United States U-17 team will have a tough task ahead of itself at the World Cup after being placed into Group D along with two continental champions. ASN's Brian Sciaretta is here with a quick look
BY Brian Sciaretta Posted
July 12, 2019
6:00 AM
THE UNITED STATES U-17 national team learned its fate as the draw for the U-17 World Cup was held on Thursday. Raphael Wicky’s team was given a difficult hand as it was placed into Group D alongside the Netherlands, Japan, and Senegal for the tournament that will take place in Brazil and run from October 26 – November 17 later this year.

The tournament, which was moved from Peru earlier this year, will take place in just four venues across three different cities and travel will be limited.

The United States will open their campaign on October 27 against Senegal at Estádio Kléber Andrade in Cariacica. The U.S team will then take on Japan at the same venue on October 30. It will then conclude group play against the Netherlands on November 2 at Estádio da Serrinha in Goiânia.

The group will be difficult for the U.S. team as the Netherlands won the UEFA 2019 U-17 championship where it defeated Belgium in the quarterfinals 3-0, Spain in the semifinals 1-0, and Italy in the final 4-2.

Japan will also enter the tournament as a champion after qualifying for U-17 World Cup after winning the AFC U-16 title last year where it was undefeated. It defeated Oman in the quarterfinals 2-1, Australia in the semifinals 3-1, and Tajikistan in the final 1-0.

Senegal, meanwhile, qualified for the U-17 World Cup by way of default after Senegal lost to Guinea by a 2-1 score in the group stages in the Africa U-17 Cup of Nations. Senegal was able to prove that Guinea used two players over the age limit and falsified documents ahead of the African tournament. While the investigation went on, Guinea went onto to the African final where it lost to Cameroon in a shootout. Guinea’s spot in the U-17 World Cup was eventually given to Senegal. Coincidentally, Morocco also filed a complaint against Cameroon for the deliberate use of an overage player but that case was dismissed due to lack of evidence.

The United States, meanwhile, finished second to Mexico in CONCACF after a 2-1 extratime loss. That tournament came only weeks after new manager Raphael Wicky was hired and he will now have months to prepare his team.

Under the rules of the tournament, the top two teams from each group advance to the knockout stage of the World Cup along with the top four of six third place finishers.


This age group is always difficult to predict. The 2015 team boasted Christian Pulisic and Tyler Adams but was unable to advance out of its group at the World Cup. In 2017, the team made it to the quarterfinal and was led by Josh Sargent, Jaylin Lindsey, Chris Durkin, Chris Gloster, Tim Weah, and Sergino Dest.

The 2019 United States U-17 team is in a unique situation where many of the players are already seeing first team minutes at unprecedented levels. Gianluca Busio is a regular for Sporting Kansas City while Ricardo Pepi, Sebastian Anderson, Alfonso Ocampo-Chavez, Daniel Leyva, and Griffin Yow have all earned MLS minutes in 2019. The big open question at the moment is whether or not star left back George Bello will return from injury in time for the tournament.

The leader of the team, however, is Gio Reyna who was recently signed to Borussia Dortmund and was the team’s offensive leader in qualifying and throughout the cycle.