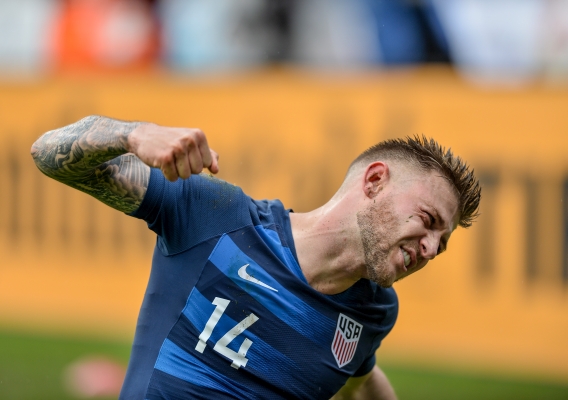 Three Thoughts on the U.S. team's 2-0 win over Costa Rica in San Jose

The United States national team will now move into March for its first set of games under new manager Gregg Berhalter with the entire player pool at his disposal. But this January camp offered some insight into his system and allowed some players to build a case for future call-ups. Brian Sciaretta gives his thoughts on Saturday's 2-0 win over Costa Rica.
BY Brian Sciaretta Posted
February 02, 2019
4:00 PM
THE USMNT was dominant in its 2-0 win over Costa Rica on Saturday to conclude January camp. The two games were far more entertaining than recent January camp friendlies and while the level of competition wasn’t top, there was a game plan and the players appeared to buy into it. For that alone, it was worthwhile.

But the success of January camp typically isn’t known for several months until it can be determined if any players used the opportunity to boost their stock and play roles with the team moving forward to when the European-based players are included.

The initial indication is that this was probably an important January camp and while most of the players won’t be starters with a first-choice lineup, there could be important depth players who emerged from this camp who will be part of a full 23 player roster.

In the win over Costa Rica, the U.S. team was on the attack for most of the game but in the first half, the final ball was lacking and dangerous chances were minimal. In the second half, the U.S. team addressed its shortcomings and broke through with a more complete performance. Sebastian Lletget was the best player in the game with a goal and an assist but Jonathan Lewis also impressed with an assist and Paul Arriola had a complete game that featured the game’s second goal.

Costa Rica was a much better opponent than Panama last weekend but the U.S. team was also better and more confident in the new system.

Here are some thoughts from the 2-0


Gregg Berhalter used a 4-1-2-3 formation but the starting lineup only had one player in Paul Arriola who was dangerous to beat defenders off the dribble. Creating scoring opportunities without attackers who are effective in 1v1 situations is difficult – and it is especially hard when the players are rusty due to it being in offseason. In the first half, the U.S. team was better than Costa Rica but had limited options for a final ball.

When Berhalter put Lletget and Lewis into the game, then the U.S. had three dangerous players off the dribble. It changed the dynamics of the game and Costa Rica could not keep up defensively anymore at that point. It was the main difference between the first and second half where the U.S. team put it all together.


This was a feel-good performance from Sebastian Lletget. Nearly two years ago, he was going to be a big part of World Cup qualifying and he scored a huge goal in a must-win game – also at Avaya Stadium, near his hometown of San Francisco. But he was injured minutes later and was out for 11 months – and his absence hurt the U.S. team during its doomed qualifying campaign.

Now returning to the location where he suffered that injury, Lletget looks ready for another fresh start. He looked on another level as he was the best player on the field. But the U.S. team needs No. 10 players right now – especially given that Christian Pulisic might play as a winger. Lletget has always been talented but maybe he can finally become the player he was capable of being for the U.S. team.

Arriola also had a nice performance and while the player pool is getting deeper at the wing positions, Arriola has value. He is effective in 1v1 situations and he plays better defense than most Americans in that position. If Berhalter wants his fullbacks to cut into the middle of the field to create plays on offense, then he will need wingers who can defend like Arriola.

Finally, Nick Lima seems to have shown a good understanding of how Berhalter wants his fullbacks to play. That is why he played the full 90 at both games ahead of Reggie Cannon – who played at the end of the Sarachan’s brief reign. Cannon will likely fit into the U-23 pool but Lima has an excellent chance to be the back-up right back behind DeAndre Yedlin.

Where does Wil Trapp fit into the team moving forward? The Columbus Crew captain was an important player for Berhalter in Columbus and Trapp understands Berhalter’s better than most players.

But he has his limitations at the international level. The biggest setback is his lack of defensive bite – which is significant in the No. 6 role. With Berhalter using the 4-1-2-3 formation, Trapp was a sole defensive midfielder and if Trapp does not play defense well, it puts a lot of pressure on the central defenders.

In the first half, Trapp struggled as the U.S. team failed to break down Costa Rica offensively which led to more possession from Costa Rica. But in the second half, when the U.S. team was on the front foot, Trapp was excellent.

Without a doubt, Trapp can pass very well and in the second half he was a perfect 23/23 with his passing. Many were attack-oriented passes and his best was a beautiful ball to Jonathan Lewis in the build-up to the opening goal.

Berhalter knew how to use Trapp at Columbus but will that carry over to the national team? There is no doubt players like Tyler Adams and Weston McKennie need to be on the field, but will Trapp have a role on a full 23 player roster, and if he does play, will it be alongside another No. 6 or will Trapp have to play that role by himself?