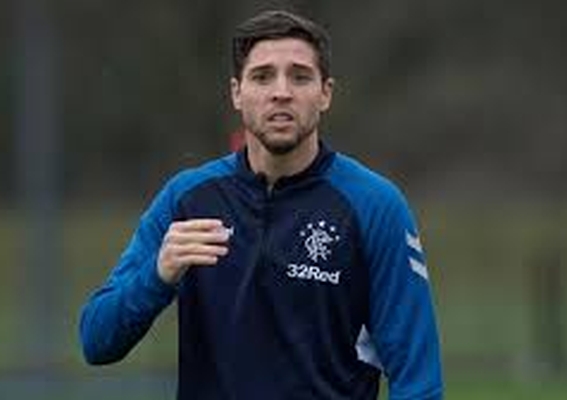 Christmas is in the books and it is back to work at ASN with some thoughts on Frank De Boer and some updates on Americans abroad.
BY Brian Sciaretta Posted
December 25, 2018
7:00 PM
AFTER TAKING a few days off for Christmas, ASN is back in action and getting ready for 2019. While there are generally fewer games in the American soccer spectrum this time of year with MLS in the offseason, January camp having not begun, and many European leagues on break, plenty of important news is ongoing.

Here is a look at the top stories and some thoughts on it all.


With Tata Martino moving on to take the Mexican national team job, Atlanta United made a big splash with its second coach when it hired Frank de Boer. The former legendary Dutch defender had great success as a manager at Ajax from 2010-2016 but had two failed stints at Inter Milan and Crystal Palace.

Overall, there is a lot of reasons to feel good about this move for Atlanta fans. For one, he’s going to command respect from day one. He’s also shown a lot of ability to integrate youth into his team. This is needed with Atlanta United as it boasts a lot of talented young players who need a manager willing to give them minutes.

The failed moves at Inter Milan and Crystal Palace are a concern although Atlanta will have more talent compared with the rest of its league than Palace did – which was scrapping against relegation. At Atlanta, De Boer will have the most talented team in the league - similar to what he had at Ajax. Atlanta is simply a cut above right now and, unlike Crystal Palace, De Boer will have the backing of an ownership group that wants and has the ability to win titles. De Boer will also have a longer leash than he did at Inter. He is in an environment where the table is set for him to be successful.


For the past week, Americans Matt Polstar and Andrew Gutman have been on trial in Scotland with Rangers, a team now coached by Steven Gerrard. Polster is finishing up his contract with the Chicago Fire while Andrew Gutman is a potential Chicago homegrown but has not signed yet with the club. Gutman recently completed his collegiate career with Indiana University where he was one of the best defenders in the NCAA and was nominated for the Herman Trophy.

ASN has heard that offers have been made to both Polster and Gutman but nothing is determined yet whether or not they sign. The best guess is that Gutman signs with Rangers while Polster is more 50/50 at the moment. If either decide to sign with Rangers, they would need need to go through an appeals process to obtain a U.K. work permit - which is easier to do in Scotland than England.

The backline for Chicago needs a ton of work heading into 2019.


As has been reported by DMV Soccer and other publications, ASN can confirm that North Carolina State and U.S. U-20 right back Manny Perez has signed with Celtic in Scotland. The deal will go into effect in January and it is pending on his ability to obtain a work permit.

Perez, 19, played primarily as a right wing in college but is expected to remain as a right back in Scotland. While it is a huge club, the Scottish league should suit Perez well as he can play in a league that is both physical and athletic.

The right back position for the U.S. U-20 team remains enormously competitive heading towards the World Cup. Sergino Dest is a super prospect at Ajax and is likely the starter for Tab Ramos. The backup at right back is competitive with Sporting Kansas City’s Jaylin Lindsey and Perez fighting it out. Lindsey can provide cover in central defense and left back while Perez can provide cover at right wing.

There is also a good chance all three can make it.

Sonora out at Talleres?


Is American Joel Sonora out at Talleres. The American midfielder was at the Argentine club on loan from Stuttgart but according to one report he won’t be back with the club in 2019.

If that is true, it is not clear whether Sonora will be on the move to another Argentine club, MLS, back to Stuttgart, or some place else.