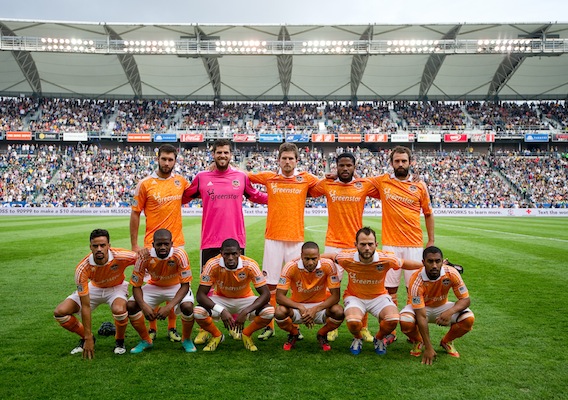 The Best Word to Describe the Dynamo? "Efficient"

We continue our MLS team previews built around a one-word descriptor with one of the league's original franchises. Will Houston rebound from an MLS Cup defeat to claim a trophy?
BY Matt Thacker Posted
March 01, 2013
3:30 PM
The Houston Dynamo had another quiet off-season, but what else would you expect? Houston has appeared in the MLS Cup final four of the last seven years, yet the team rarely makes headlines prior to the playoffs. The entire starting lineup from last year’s MLS Cup returns this season, so no splashy signings were needed. Houston arguably has the best midfield in MLS with Brad Davis, Ricardo Clark, Adam Moffat, and Boniek García. The defense is not spectacular but was good enough to finish tied for fourth-fewest goals given up last year.

Will Bruin, who scored 12 goals last year, will need to continue developing in his third MLS season to take the Dynamo to the next level. Striker Omar Cummings and midfielder Andrew Driver were signed this off-season to add much needed depth to the roster. This team will be stretched thin by national team commitments and the CONCACAF Champions League knockout and group stages, but expect Dominic Kinnear to continue to get the most out of his players when it matters.

EXPECTED FINISH: 4th in Eastern Conference. Houston is better now than at the start of last season, but managing all their commitments will be a challenge.