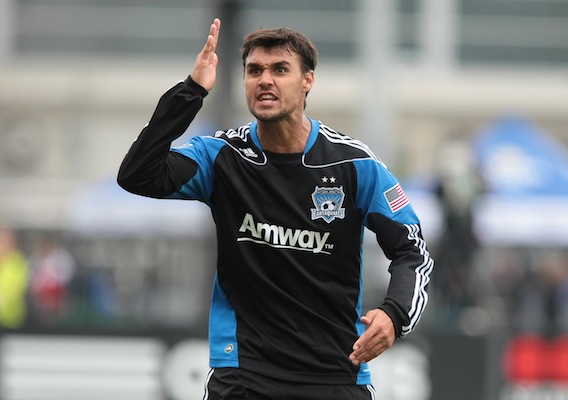 Watching From... Somewhere Else

Tell ASN Who Should Be on The U.S. Roster

Jurgen Klinsmann called his 24 players. Some of his choices are surprising to say the least. Feel like sounding off? Perfect, because here's an outlet for you. Your thoughts, please.
BY Noah Davis Posted
October 08, 2012
12:11 PM

Jurgen Klinsmann announced the 24 players for his upcoming training camp before the World Cup qualifiers against Antigua & Barbuda and Guatemala.

Those not traveling include Jozy Altidore, who is leading the Dutch league in goals; Chris Wondolowski, who is leading MLS in goals and had a hat-trick on Sunday; Terrence Boyd, who scored over the weekend; Omar Gonzalez, who's been rock-solid for the Los Angeles Galaxy; Eric Lichaj, who would have provided some flexibility on the backline.

Wow. That's some talent. It's a testament to the growing depth of the pool, but also, there are some choices we wouldn't have made if we were in charge.

We want your thoughts. There's a poll on the ASN homepage, but let us know more in the comments below. Who was the biggest snub? Who should have been left off? What is Jurgen Klinsmann thinking?