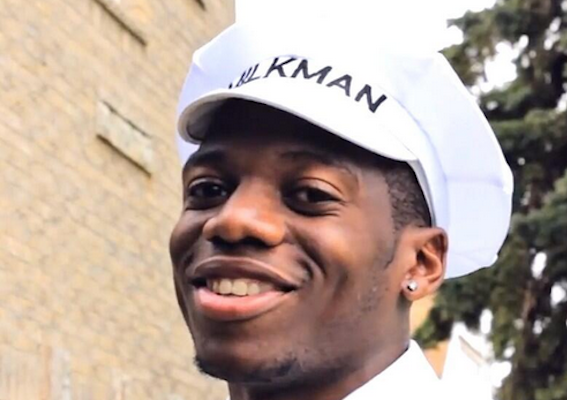 The Chicago Fire goalkeeper shows he has some skills that go beyond keeping balls out of the net; Dax McCarty approves of his FIFA 14 avatar; Geoff Cameron turns into a movie critic.
BY Jesse Yomtov Posted
September 15, 2013
1:31 PM
10. Geoff Cameron: Hey man, if it works, it works…

Watching Taken 2 again and still can't get over the fact that the daughter has the worst running technique I've ever seen in a movie ????????!!

9. Heath Pearce: Venture out to Long Island and you’ll quickly change your tune

One would be willing to bet that 75 percent of the worlds plastic surgery resides on the upper west and east sides of manhattan. #fact?

8. Freddy Adu: Jozy did not respond to this tweet

@JozyAltidore you a redskins fan now? Smh. REDSKINS till I die

7. Joe Gyau: Probably not a good idea to call a pro boxer that word

Sugar Shane Mosley is such a lil b word... Out here trying give pointers on how to beat mayweather... When he got whooped by him

6. Bill Hamid: This is a good new adjective for Mix

“@Aly_Raisman: Today my best friend @jordyn_wieber is leaving for UCLA ahhhhhhh so happy for her!” Is there any better place?

3. Dax McCarty: Look at that flow!

“@GothamistDan: The FIFA14 @DaxMcCarty11 is much closer to life than the FIFA 13 one. #RBNY pic.twitter.com/hQbxV0xXI5” That guy is handsome.

2. Brad Davis: A flattering typo if we’ve ever seen one

1. Sean Johnson: Beyond inclined to go and take pictures for ourselves