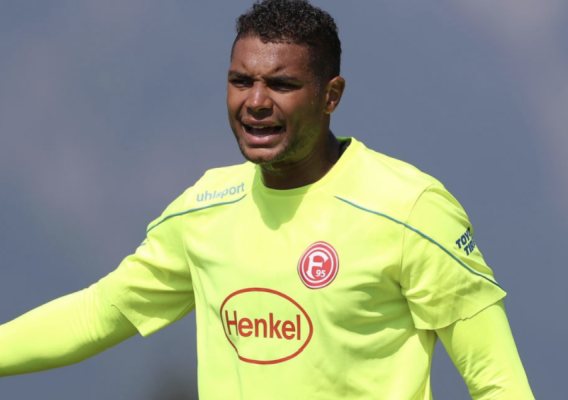 For the first time in months, the upcoming weekend offers a full slate of games as all of the top leagues are now open for business. In this weekend's top 10, games from MLS, Europe, and South America all feature.
BY Brian Sciaretta Posted
August 16, 2019
7:00 AM
FOR THE FIRST time since April, all major leagues with American players will be in action. This week the Bundesliga and the Turkish Super Lig open. So across the globe, there are going to be some good games to watch from an American perspective.

Here are the 10 best from ASN.

The Bundesliga opens this weekend and the biggest game from an American perspective is when Werder Bremen hosts Fortuna Dusseldorf. That game should feature up to three Americans with U.S. national team experience.

Josh Sargent did not have a good game last weekend in the German Cup but his strong preseason should encourage Werder Bremen to give him an extended look heading into the season. Whether the St. Louis native is a starter remains to be seen but when he is in the field, he will have a lot of responsibility to produce for the Bundesliga club.

But one person looking to stop Sargent from scoring will be the U.S. national team number one goalkeeper in Zack Steffen. Steffen joined Fortuna Dusseldorf on a season-long loan from Manchester City and became the starter during preseason. Alfredo Morales hasn’t played for the U.S. national team since 2015 but could also earn the start for Fortuna as well.

Los Angeles FC is running away for the regular season Western Conference title and in the Supporters Shield race. Bob Bradley’s squad is a well-oiled machine at this point with very little weaknesses. It is one of the most ambitious teams in the league and features mostly very expensive foreign imports along with U.S. national team central defender Walker Zimmerman and goalkeeper Tyler Miller.

But Real Salt Lake is a very interesting team right now and one that is extremely tough to beat in altitude in Utah. Lead by Jefferson Savarino, Albert Rusnák, and Damir Kreilach, the team has a strong midfield and a supporting cast that consists of many homegrown players who are eligible for the U.S. U-23 team in Justen Glad, Bofo Saucedo, Brooks Lennon, Aaron Herrera.

It was a rough outing from Chelsea last weekend in its 4-0 Premier League opening loss to Manchester United. Christian Pulisic didn’t play well but he was far from the team’s biggest problem on the day. Fortunately, for Pulisic rebounded nicely midweek in the UEFA Super Cup against Liverpool. While Chelsea lost on penalties following a 2-2 draw. Pulisic assisted on the opening goal and had a goal called back for offside.

Despite the loss to Liverpool, Pulisic should have momentum heading into his Stamford Bridge debut on Sunday against Leicester City.

Both the Galaxy and Seattle have been very difficult teams to read this season but both teams remain in the playoff positions in the Western Conference. The Galaxy snapped a woeful three game losing streak on Wednesday night with a 2-0 win at home over FC Dallas. Seattle, meanwhile, has won just once in its last five and has just one point from its last three games.

Will Seattle be able to reverse its course? Playing in Carson will be tough and the odds favor the Galaxy in this one. The Galaxy haven’t looked great since the addition of Cristian Pavon but it seems like only a matter of time before they put it all together. Even in the loss to DC United last weekend, it still dictated the pace of the game. It is no longer a one-player team behind Zlatan.

For Seattle, the team is coming off a dreadful performance against Real Salt Lake where it didn’t manage a shot on target. Playing on the road against a playoff caliber opponent is tough but it will come down to Nicolas Lodeiro, Joradan Morris, Raul Ruidiaz and the rest to fluster the Galaxy early in the game.

Tim Weah, 19, earned the start for Lille last weekend and went 68 minutes in a 2-1 home win vs. Nantes. He had a few nice moments but New Yorker struggled to get involved in on a consistent basis and saw only 31 touches. Will this justify another start for Weah? We will find out on Saturday when Lille visits Amiens SC for its first road game of the season. Amiens is coming off a 2-1 loss to Nice on the road last weekend for its opener.

Weah has put himself in a good situation with Lille and the club is heavily invested in him after a reported transfer fee north of $10 million. But Weah will have to continuously prove himself to justify a starting spot.

Sunday’s only MLS game is a good one when Portland hosts a surging Atlanta United.

Atlanta United has won four out of its last five MLS games and is also coming off a 3-2 win over Club America in the Campeones Cup on Wednesday. The team is finally playing well on Frank de Boer after a rocky first half of the season. Josef Martinez is playing like he did last season but this year’s team look like it will contend with massive contributions from players who were not regular contributors on last year’s championship team. Pity Martinez is finally producing consistently, Emerson Hyndman has fit in very well since joining midseason, and Miles Robinson might just be in the running for defender of the year.

But Portland is only in the third game of a massive 10 game home stretch. It won the first two games of this run and it is now inside the playoff positions. But those wins were against two of the worst teams in the league in Chicago and Vancouver. This will be a much harder test and one that will help tell if Portland is one of the better teams in the conference or not.

Hobro is a team trying to improve last year and avoid another relegation fight. Whether or not it succeeds will come down to the team’s four Americans in Emmanuel Sabbi, Christian Cappis, Yosef Samuel, and Louicius Don Deedson.

Sabbi, a winger, is one of Hobro’s best offensive threats while Cappis is now a regular starter in central midfield. Deedson, a forward, is still looking for his pro debut after joining the club earlier in the month and Samuel made his club debut two weeks ago after earning a contract after an impressive trial.

Hobro has improved this season but is coming off a tough 2-0 loss at home to Brondby where it played well for long stretches.

But Hobro will have a tough challenge away against a Midtjylland team that has won all five of its Superliga games to start the season. Midtjylland features American Jens Cajuste who has faced questions over his U.S. eligibility – which might be reevaluated.

The Turkish Super Lig season opens this weekend and United States national team winger Tyler Boyd is a big new arrival for Besiktas after transferring to the club in the summer. Boyd played very well last year on loan with Ankaragucu (from Vitoria de Guimaraes) where he notched six goals and four assists in 13 games to help the club avoid relegation. He caught the eye of several of Turkey’s top clubs but came to terms with Besiktas – which finished in third place.

Born in New Zealand, Boyd is still a new player for many American fans as he used his one-time switch to represent the U.S. team in May. He had previously played for the youth teams of New Zealand. But now more Americans will be eager to track his progress as he is a U.S. international on a more high-profile club.

An important three points are up for grabs in New Jersey when the New York Red Bulls hosts the New England Revolution on Saturday night. Former U.S. national team manager Bruce Arena has improved the New England Revolution quite a bit after a dreadful start under manager Brad Friedel. The Revs are still playing well despite a recent draw to Seattle and loss to LAFC – both on the road. This game in New Jersey is far more winnable.

For the Red Bulls, the team is coming off an away loss to LAFC but has overall been inconsistent in its play. The team has offensive options but its defense needs to turn in better performances on a weekly basis. Against LAFC, the Red Bulls could have actually walked away with a point if it defended set pieces better. The week before, it was top-notch in a 1-0 clean sheet win over Toronto.

The winner of this could move into third place in the East. The loser could drift further back closer to that dangerous seventh place line.

Success in South American leagues is few and far between for American players but California’s Michael Hoyos is one of the most in-form American wingers right now with three goals in his last four game for Guayaquil City in Ecuador. His streak has helped the club to three wins and draw in its last four games.

Hoyos, 28, told ASN last year that he would love for his form to turn into an opportunity with an MLS team and if he can continue this form, he might get his wish.