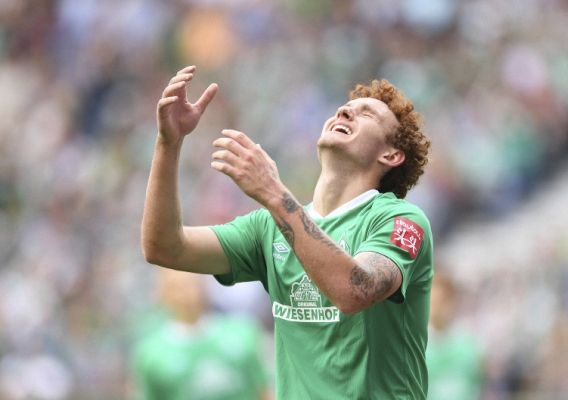 Young players are often on a short leash. So when they get opportunities, they have to seize them. For Sargent, Miljevic, and Dest - it was mission accomplished and that was the defining story of this weekend for Americans abroad. ASN's Brian Sciaretta is here with his weekly report.
BY Brian Sciaretta Posted
September 02, 2019
2:00 AM
THE FINAL WEEKEND of games before the international break was a good one for Americans Abroad. Josh Sargent, Weston McKennie, and Sergino Dest all played important roles in key wins while one of the top U.S. U-20 prospects scored in Argentina’s Primera.

It still was far from perfect as injuries continued to sideline U.S. internationals Tim Weah, Matt Miazga, and DeAndre Yedlin. John Brooks started for Wolfsburg in a disappointing 1-1 draw at home to newly promoted Paderborn and Fabian Johnson started for Borussia Monchengladbach in a 3-1 loss at home to RB Leipzig. Hamburg defeated Hannover 3-0 but Bobby Wood only played the final three minutes. Meanwhile, Sebastian Soto is on the verge of leaving Hannover with a deal potentially announced on Monday.

In England, Cameron Carter-Vickers was dropped from Stoke’s 18 one week after making his first start. Stoke, however, lost 2-1 to Birmingham City and remain mired in a terrible start with just one point from six games. Antonee Robinson and Wigan played to a 0-0 draw with Barnsley but still are stuck near the bottom of the Championship with just four points from six games.

While it happens so often that it almost doesn’t need to be repeated, Red Bull Salzburg posted another blowout win in the Austrian Bundesliga – this time a 5-1 road win over WSG Swarovski Tirol. American head coach Jesse Marsch is now off to a perfect start through six games (18 points) and a +23 goal differential.

But there were plenty of big stories this weekend where a deep dive is necessary. Here are the headlines.


It was a bit of a surprise to see Josh Sargent earn the start for Werder Bremen on Sunday as the St. Louis hasn’t had a great start to the season, after a very good preseason. With his leash presumably short, Sargent seized the opportunity and delivered a big goal in the 21st minute to give Werder a 2-1 lead on Augsburg.


This goal from Josh Sargent is.... impressive #USMNT pic.twitter.com/x0ItjE93aQ

Werder would end up winning 3-2 in a hard-fought game. Sargent was subbed out in the 82nd minute but tired around the 65th minute.

Asside from the goal, Sargent was decent. He could have scored another and should have seen the ball more. That will come, however, once he builds up stamina and confidence. But Sargent now has momentum and has put stigma of the slow start behind him.

The bad news for Werder Bremen, as a team, is that this effort wasn’t good enough. It struggled to beat an average Augsburg team at home despite being up a man since the 34th minute. Sargent might have turned the corner in this game, but questions remain for his team.


Weston McKennie earned the start for Schalke in a 3-0 home win over a woeful Hertha Berlin on Saturday. For McKennie, it was his 50th Bundesliga appearance and it was a solid outing. The Texan did not feature in any of the goals (the first two were own goals), but he played his role well in a full 90 effort.

He saw more of the ball than in previous games and completed over 85% of his passes – including a handful of effective long balls that helped Schalke open the game. He also saw more of the ball with him credited with 65 touches. Defensively, as usual, McKennie made few mistakes and helped shut down Hertha from setting up in the middle of the field.

Schalke manager and former U.S. international David Wagner rates McKennie and sees him as an important player. Unlike last season where McKennie frequently moved positions, this season he is settling into a set position in the middle of the field. It is easy to see him growing a lot as a player this year.


Florida-born Matko Miljevic is a wanted player by both the U.S. and Argentine U-20 teams. If it was up to him, he would be play with the U.S. U-20 team next week in Slovenia. Head coach Tab Ramos invited Miljevic to the camp but Argentinos Juniors denied his release (since it has a cup game during the window).


Matko was disappointed but already looking fwd to our next call-up... Understandable no release by Argentinos Jrs.

But it is easy to see why Miljevic, 18, is rated by his club and both national teams. He earned his first start in the Argentine Primera for Argentinos Juniors on Saturday and scored the only goal in a 1-0 win over Gimnasia. The goal was quite a bit lucky as it took a massive deflection but Miljevic earned a lot of praise for his overall effort in the win.

Then there is this clip of him easily dribbling past defenders.

ASN has spoken to Miljevic in the past and his enthusiasm for playing for the United States is sincere despite having played recently for Argentina. He is certainly a prospect with a potential bright future.

Dest starts in another Ajax win


Sergino Dest, 18, earned another start for Ajax in a 4-1 romp over Sparta Rotterdam on Sunday. The new U.S. international played 65 minutes before coming off.

Overall, Dest was good but unspectacular and ended up playing more defense than he usually does. The bombing runs forward were few and far between but the competent defense was also very important to see. He played the role he was asked to play in a comfortable road win.

It was also a game that should give him momentum heading to the United States to make his U.S. national team debut.


Two Americans who joined new clubs over the summer and who have a lot of pressure to perform are Christian Pulisic at Chelsea and Tyler Boyd at Besiktas. Thus far, neither have been able to fully get going.

On Saturday, Pulisic went a full 90 in a 2-2 draw against Sheffield United. Pulisic wasn’t bad but he wasn’t part of the solution to help overcome what has been a very sluggish start to the season under new manager Frank Lampard. Chelsea’s backline is very shaky at the moment and it is affecting the way the entire team plays – forcing everyone to drift back and not look forward into the attack quickly enough. For Pulisic, it has been tough to get going and unfortunately at a club like Chelsea, the leash is always short and the pressure is high – regardless of whether or not the player actually deserves the blame.

For Tyler Boyd, he is still yet to be part of any major offensive play for Besiktas. On Saturday, he started but was pulled at halftime in a 1-1 draw against Rizespor. He will now head to the states to play for the U.S. national team. When he returns, he will likely not have a long leash on his starting position.


Holmes returns in a bad loss


U.S. national team midfielder Duane Holmes made his first appearance of the season for Derby County when he played the second half of a 3-0 away loss to Brentford. Holmes played out of position as a wingback and all the goals were scored in the first half.

While it was great to see Holmes back, Derby was terrible. There wasn’t anything he could do to turn the tide in this game. But Holmes hasn’t played any real minutes since with the national team back in June. He’ll be back in the national team picture soon enough. Now he has to focus on using this international break to convince Derby’s new coaching staff he can help achieve better results.

Emmanuel Sabbi was initially on the U.S. U-23 roster for the upcoming camp in California but withdrew. Now we know why.

According to Hobro sporting director Jens Hammper, the club is negotiating a transfer for the American winger to a club outside of Denmark.


Josh Sargent and Matko Miljevic weren’t the only Americans to find the back of the net over the weekend.

In the 2.Bundesliga, Jann George had a goal and an assist for Jahn Regensburg on Saturday in a 5-0 romp away over SV Wehen Wiesbaden


Full time in Wiesbaden! A 5:0 win for. @SSVJAHN!
Captain Marco Grüttner with a hat trick, no goals conceded, Jann George with a brilliant performance, absolutely dominated this one.#SVWWSSV

Finally, in Scotland’s Championship, Ian Harkes scored for Dundee United in a 6-2 derby win at home over Dundee FC. It was his first goal since joining the club in January and while it was a nice strike, it was aided by a deflection off a defender.