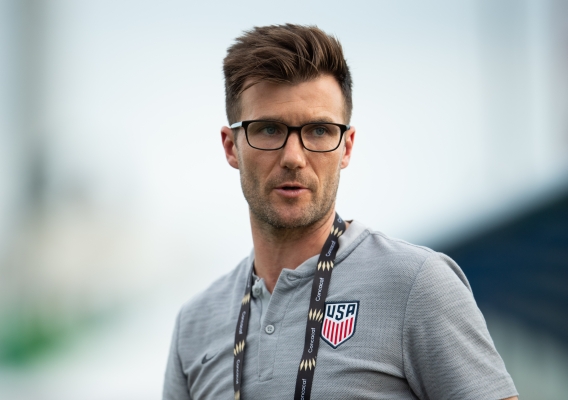 The U.S. U-17 roster for the upcoming World Cup has been named and ASN's Brian Sciaretta is here with his thoughts on the team Raphael Wicky put together.
BY Brian Sciaretta Posted
October 10, 2019
11:00 AM
UNITED STATES U-17 national team head coach Raphael Wicky today announced his 21-player roster for the upcoming U-17 World Cup in Brazil where the team will begin play on October 27 against Senegal.

The roster is overall strong and it maintains a lot of continuity with the roster Wicky used for World Cup qualifying – where the U.S. finished second to Mexico in CONCACAF after a 2-1 extra time loss. That tournament came just weeks after Wicky was hired and the Swiss coach has now had several months to prepare his team.

Playing in Group D Brazil, the U.S. will face Senegal on October 27, Japan on October 30, and the Netherlands on November 2.

Here is the roster as well as some thoughts for ASN


There were changes from the qualifying roster but the biggest area of improvement from that team is at fullback where right back Sebastian Anderson and left back George Bello should earn minutes. Bello was injured during the qualifying tournament and Anderson emerged in the subsequent months after earning first team minutes with the Colorado Rapids.


There were more late emerging players this cycle than in recent additions. Defenders Nicolas Carrera and midfielders Maximilian Dietz and Ethan Dobbelaere all made their first appearance with the team in September and made a quick impression on Wicky.

In qualifying, Wicky used a roster he mostly inherited. Now he is beginning to bring in some of his own players, which should help him implement the system he wants to play.


This group has two highly talented forwards in Alfonso Ocampo-Chavez and Ricardo Pepi. Ocampo-Chavez is the team’s leading scorer but Pepi put up impressive numbers in USL with North Texas SC.

Will Wicky rotate between the two or have a clear first choice striker? Can he find a way with both players to be on the field together and still be effective? Now that he has had several months to evaluate and think about it, how will Wicky coach?

The core is intact.


The return of Bello means that Wicky will have his core together without any notable absences. Gio Reyna is the team’s leader and can play either on the wing or as an attacking midfielder. Gianluca Busio is also a key attacking midfielder and has played more first team minutes than any other player on the roster.

Daniel Leyva is a very effective central midfielder who has already featured for the Seattle Sounders. Kobe Hernandez-Foster is the anchor on the backline and Damian Las is one of the best U.S. U-17 goalkeepers in years.

In addition to Ocampo-Chavez and Pepi, the core is pretty strong among this group.