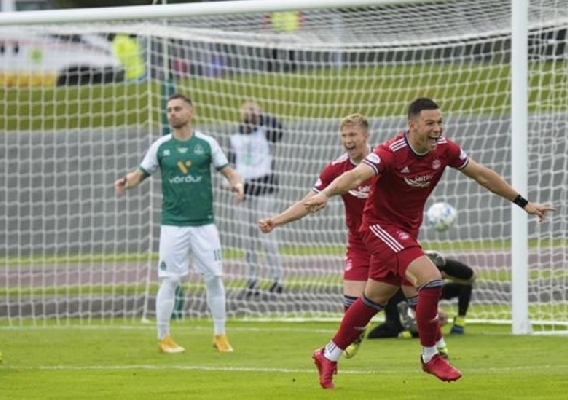 Christian Ramirez moved to Scotland looking for a fresh start with Aberdeen. Thus far, he's done that with six goals in all competitions early in the season. ASN's Brian Sciaretta spoke with the forward about his decision to head to Europe at age 30 and what this means for his career.
BY Brian Sciaretta Posted
September 30, 2021
3:00 AM

OVER THE PAST THREE YEARS, many MLS clubs have been embracing the concept of selling players and participating in the global market for both buying and selling players. Most of the attention has been centered around the talented young group of players who have moved into the top leagues in Europe, but there is more to it than that.

Prime age and even older players are showing that they can move and this reflects an important valuation of player – not in what he can later be resold at a later date, but rather what he can do for a club immediately. While most of the attention focuses on players who are currently in the national team pool, it is also very important in American soccer to see the impact that Americans beyond the national team pool can make – both domestically and abroad.

Christian Ramirez is a good example of how prime-age or even older players can bring meaningful value abroad.

The California native made the move from the Houston Dynamo to Aberdeen in the Scottish Premiership earlier in this summer, two months after this 30th birthday. Earlier in his career, he had been a productive forward in MLS with Minnesota United (21 goals in 50 appearances) and LAFC (eight goals in 31 appearances) and that put him onto the fringes of the U.S. national team where he earned two caps, scoring once. 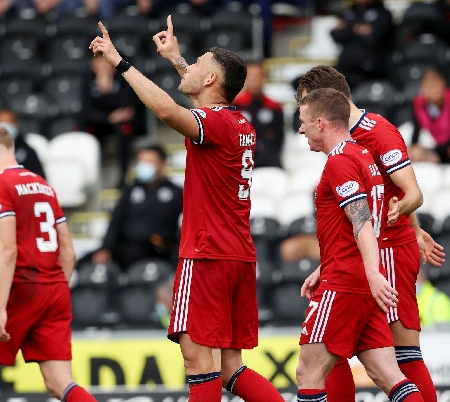 But a move to Houston followed by a coaching change saw him move to the bench. It was a frustrating time for Ramirez, but eventually he was able to find a move to Scotland.

“I wasn't really looking abroad necessarily,” Ramirez told ASN. “I have always had interest from Liga Mx... But Houston didn't wasn't taking any, [pause].. they had me there for lack of a better term, an insurance policy if Maxi [Urruti] were to get hurt or miss an extended period. This last year and a half was probably one of the toughest stretches of my career because of that. But I remain a good pro. And when you do that, good things turn up your way. And I think the way that Houston was able to cooperate with me and help me achieve this move was sort of because of how I responded through this year and a half and didn't really cause a ruckus, or anything based on the situation.” 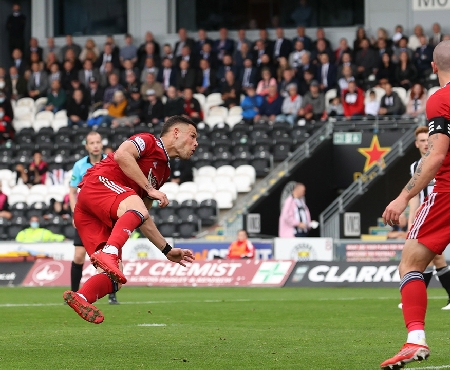 Last season, Aberdeen finished third in Scotland and were looking for a new No. 9 forward. Ramirez was formally acquired in June, and he has assumed the starting job.

Since his arrival, Ramirez has been an important addition. He has three goals from seven appearances in the Premiership and another three goals in Europa Conference League qualifiers. The team has been struggling to start the season, however, and that’s mostly due to Ramirez being the only player on the team with multiple goals.

Ramirez, however, is optimistic for the team’s future and is enjoying soccer both on and off the field. He likes the city of Aberdeen and appreciates the passion of supporters throughout the league.

“The style of play, it is different. I do think that it is a good level,” Ramirez said. “You can tell the passion behind the players and the fans. I didn't really know what to expect when I moved over here. You hear so much about the passion and the every-game mentality of playing abroad in a different country. You live it and they breathe it. It's exciting. I mean, I witnessed it in the second league game where we won in the 90 minute and the fans rushed the field. I haven't I've never seen that. It was just pure chaos and it was on the road. It is really different, but it's something that I have been craving to experience. I'm just taking it all in.”

“I think that's shown and how quickly we have adjusted to being here is to have the full confidence of the staff and the freedom that they've given me here and just that joy,” he added. “It's been great and all I can do is repay them.”

Moving abroad at a later age has its challenges. Ramirez is married with two children and relocating to Scotland wasn’t easy. Apart from playing the game, being able to take advantage of the opportunity to live in another culture was one of the big decision factors in wanting to take this move.

In the end, it was a family decision to agree to the move to Aberdeen.

“It's just another chapter in my rollercoaster ride book that someday,” Ramirez said. “When opportunities get presented to you, no matter whatever age, if you have your family behind you and they're supportive of a move, why not challenge yourself? Why not go experience something that you'll look back at ten years? I'll tell my kids: remember when we lived in Scotland and Daddy played over there? It's something that those memories can't be taken away from us. And we're hoping to make many memories out here and just see where this takes us. It's something that was a big reason of why my wife's and my family supported me and this move. And so that was the main reason why I even accepted it, because I got their approval.”

Here is the video of American forward Christian Ramirez’s goal for Aberdeen vs Haecken in the UEFA Conference League pic.twitter.com/jqSPlRTGF0

Ramirez also hopes to return to the United States and play. His time at the end with Houston was tough but it left Ramirez with the feeling that he still has unfinished business in the league. What was most difficult about the time in Houston is that it created the image that he was no longer a quality player. In Scotland and potentially another stint in MLS, down the road, Ramirez wants to create a new narrative.

“I'm really fond of my time that I've had in MLS and I think that I can still go back and play someday - I hope,” Ramirez explained. “I say this last year and a half was the toughest stretch of my career just because of the situation. “

“What held the sour taste in my mouth the last year and a half was people thought I couldn't get on the field because of my quality or I wasn't playing or performing,” he added. “I don't hold any grudges. I learned from my experiences. I enjoyed my time in Houston, have a great relationship with the guys in the locker room, and I hope to one day go back to MLS and use that last year and a half as some motivation to turn things in a positive note.”