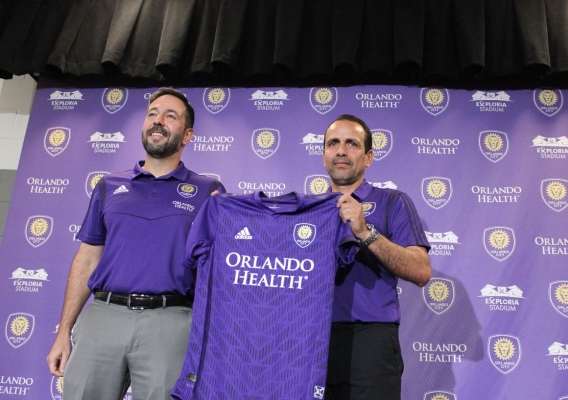 There is losts of stories, games, and player movement to cover today - including Pulisic having another strong performance for Chelsea. But in Florida, an other team not named Inter Miami is making news with a strong head coaching hire.
BY Brian Sciaretta Posted
December 05, 2019
5:00 AM
THE WEEKEND IS quickly approaching and there is still plenty of news to run down including Christian Pulisic playing in a midweek slate of Premier League games, player movement, and manager movement as well.

With that said, let’s start at the top.


After a rough weekend for just about everyone at Chelsea in a 1-0 loss to West Ham at Stamford Bridge, Christian Pulisic and his team were right back at it on Wednesday as Chelsea hosted Aston Villa.

Pulisic went 85 minutes and while he did not get a goal or an assist, he was outstanding. You can watch all of his highlights here.

In total, the Hersey native had five shots, had two key passes, won two aerials, completed 88% of his passes, and had six effective dribbles. He now has more momentum heading into next week’s critical Champions League qualifier vs. Lille. Up next, however, will be a big game vs. Everton.


Orlando City SC made a smart move and hired former FC Dallas and Colorado Rapids head coach Oscar Pareja. The Colombian was previously with Tijuana for the previous year.

Pareja solves one of the problems that has plagued Orlando. He is a competent coach that believes in young American players. At FC Dallas, he helped work with Luchi Gonzalez on the rise of that club’s academy. While Gonzalez was better at integrating that academy into first-team minutes, Pareja was known for frequently integrating the academy players into first team training to narrow the gap between the two levels.

But the remaining test will be with ownership. Will they spend money wisely? Will they listen to Pareja in terms of what needs to get done?

Ownership needs to be better in Orlando but hiring Pareja was a smart step.


American Josh Sargent has likely played his final game of 2019 as the Werder Bremen announced today that the U.S. international will be out until after Christmas due to a muscle strain. That would entail missing the four remaining Bundesliga games before the winter break.

It remains to be seen how much time he will miss after Christmas and whether the injury will extend into the friendlies played leading up to the start of the second half of the Bundesliga season.


???? Bad news ????@joshsargent will be out until after Christmas with a muscle strain ????#werder pic.twitter.com/xuGJAbCDMy

But keep an eye on Brandon Servania. He had a decent U-20 World Cup – including a goal against eventual champions Ukraine. But by then, he had yet to break through at FC Dallas. Once he did shortly after that tournament, he shined.

The numbers speak for themselves.


MLS 2019 individual player xG +/- per 90 is largely influenced by team, but two outliers caught my eye:

Saucedo back to Mexico


Finally, current U.S. U-23 winger Sebastian Saucedo is on the move after signing a deal with Pumas UNAM in Liga Mx. He is a product of Real Salt Lake’s academy and has played extensively with the club’s first team. A Mexican-American, he had a previous loan stint with Veracruz in 2016 but he struggled to play.

In recent years, he has come into his own and has been a veteran of the U.S. youth system and was on the 2017 U.S. U-20 World Cup team (while also playing once in a friendly for Mexico’s U-20 team that cycle.

This past year, Saucedo scored two goals and notched four assists over 26 games for Real Salt Lake as it advanced to the second round of playoffs before losing to Seattle.