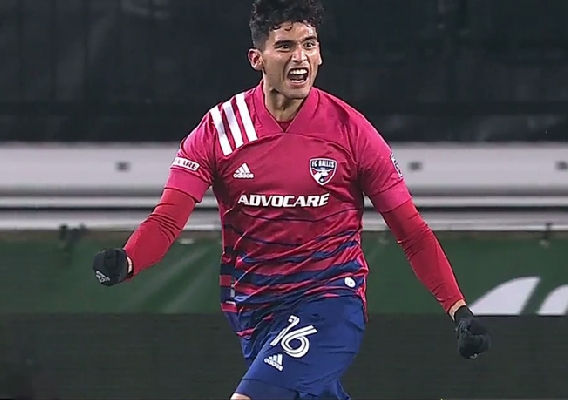 The first few days of the MLS playoffs were a doozy and ASN's Brian Sciaretta gives you his detailed thoughts on it all.
BY Brian Sciaretta Posted
November 23, 2020
7:05 AM

THE 2020 MLS CUP PLAYOFFS have really had it all – and it is only been seven games. We’ve had controversy, late game dramatics, and hallmark moments for those who have been shouting “Play Your Kids” for years.

But this was a lot of fun as most games came down to the wire. 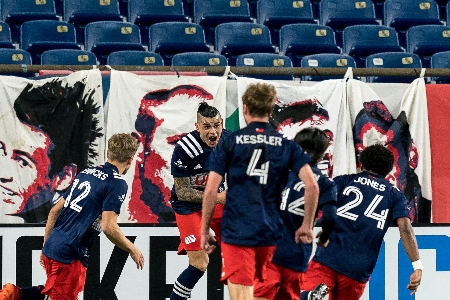 Despite the mess in Orlando, it was a very good weekend in MLS. Here are my notes on weekend’s action

There is no getting around talking about it and by now everyone has a take on what transpired in the shootout which saw Orlando somehow New York City. It was a complete mess and it made headlines into Europe and South American.

The basic rundown is Orlando goalkeeper Pedro Gallese was ruled via VAR to come off the line while making a shootout save that would have won the game. Orlando had been celebrating as if they had won when VAR forced a restart of the shootout. He was off his line by a few inches. But the rules also mandated an automatic yellow card – which was the second for Gallese. He was sent off. 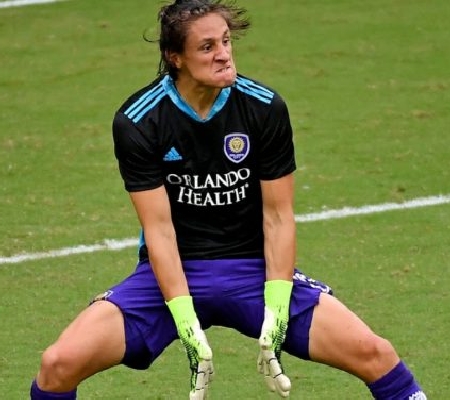 Initially it was thought backup goalkeeper Brian Rowe would be able to come in but then it was determined that only players on the field at the final whistle could come in. It was selected that defender Rodrigo Schlegel would play keeper. He failed to save his first attempt but after a rare Nani miss, he saved a poorly taken Gudmundur Thórarinsson attempt. Orlando celebrated but were reminded that they needed to make one more kick – which Benji Michel did for the win.

The determination that cards carried over into the shootout and subbing wasn’t allowed during a shootout were under the 2019/20 FIFA rules and not the current 2020/21 rules because MLS was operating under the previous rules since that is when it started its season. These rules are different in the 2020/21 edition and if those rules were in effect, Gallese would have still been able to continue.

The bottom line is that the rules as they should have applied were ultimately correct. Commentator and former U.S. national team midfielder Stuart Holden said this was a failure of the rules more than the referees.

I respectfully disagree. It wasn’t so much the decisions which were made which was an embarrassment but it was how the referees made them. They lost control because they were unsure of the rules and this led to them losing the respect of the players. To the credit of MLS, they announced that referee crew would not work in any more of the upcoming playoff games.

It would have been an absolute disaster if the decisions were made that ran contrary to the rules.

In the end, however, it was thrilling and exciting. It will be remembered for being wild, dramatic, and entertaining. Schlegel was the hero we never expected.

As for Orlando, it is hard to argue they didn’t deserve to go through. This team was the underdog when you consider how well New York City has been playing since play resumed in home markets (New York City lost its first five games of the season).

Orlando is a dangerous team to play at the moment. In one-off type games, this fearless “us vs. the world” attitude helps. Oscar Pareja continues to do a great job with this team.

One of the biggest themes from these first slate of games is that youth continues to impress in this league. The current generation of younger players – both domestically and abroad – is strong and it is part of one single overall class of American players. The 2019 and 2020 seasons were both eye opening in terms of getting young, domestic players on the field.

In that sense, what we are seeing in the playoffs has been building. But what is particularly noteworthy is that this is also the next generation. Reggie Cannon, Tyler Adams, and Brenden Aaronson have been sold. Mark McKenzie is pretty known with how well he is impressing. The same with other U-23-eligible players like Eryk Williamson, Jeremy Ebobisse, and now Daryl Dike are respected among league followers.

In the playoffs – the generation after those players have all done well. Over the weekend, 2003-born players Caden Clark and Ricardo Pepi scored dramatic goals. 2002-born Gianluca Busio scored a huge goal for Sporting Kansas City.

Tanner Tessman had a huge shift off the bench for FC Dallas and his presence helped give Dallas much needed life at a time when Portland was on the front foot.

These are exciting times right now for the league. It invested heavily in the youth movement about a decade ago and now we are seeing a legitimate and steady wave of players emerging.

Yes, some birth-years will be better than others in terms of player production but there is no reason why this cannot continue.

Nashville cruised past a weak Inter Miami team on Friday night and that shouldn’t have come as much of a surprise as Nashville is better and Miami was dealing with COVID issues that weakened its team. The Higuain brothers were among those missing.

But that didn’t matter.  In Nashville, you have a team no one wants to play and one that is better than Miami. Its veteran core will typically make it fairly consistent and it also boasts a defense that is very frustrating to play again. In addition to that the team now has two things going for it – momentum and an improving offense that can score big goals.

In the 3-0 win over Miami, Nashville is showed an ability to make some offensive magic – and it how has six goals from its past two games.

Taking on Toronto won’t be easy but Toronto hasn’t been overly impressive the past six weeks. This seems like it could be a very dangerous game for Toronto.

Tim Melia’s shootout performance against San Jose was simply special. In fact, he had a great game overall making some huge saves down the stretch. But to save three straight penalties in a shootout is ridiculous – and hard to believe.

Bottom line is that Melia was the player of the weekend among all the MLS playoff games.

People will see the box score and assume that Minnesota was miles better than Colorado. In the end, Minnesota was just much more clinical in its finishing at certain moments to book a spot in the next round.

Colorado actually carried the play for long stretches but simply just could not execute. Minnesota meanwhile had some great individual skill at right moments that made all the difference. Robin Lod, Jan Gregus, and Kevin Molino stood out and Americans Ethan Finley and U.S. U-23 defensive midfieler/fullback Hassani Dotson both had strong games as well to help weather some pretty strong Colorado storms. U.S. U-20 midfielder Cole Bassett was also among the list of young American players who played well, despite being on the losing end in this one.

Another Red Bull season is over and this team faces a lot of questions following a 3-2 loss to Columbus in the opening round on Saturday. Just days before the game, it was announced that Gerhard Struber would finally take over for the Red Bulls and not let interim manager Bradley Carnell finish the job. Carnell had seemed to steady the ship a bit after the Chris Armas sacking and seemed to have the trust of his players. It was curious to not let him finish the job.

Struber made a lot of curious choices. He didn’t start Kaku – who played well for Paraguay over the recent window. Brian White might not be the flashiest player, but he seems to score big goals at a regular rate.