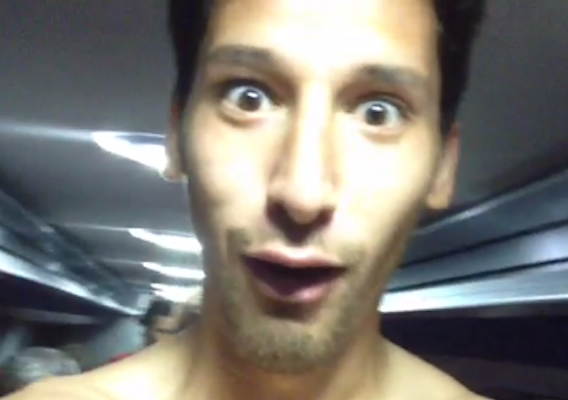 The Los Angeles Galaxy center back plays with his favorite new iPhone application, while the young American striker takes a potshot at his boy Brek Shea. Those and more in this edition of Tweets of the Week.
BY Jesse Yomtov Posted
February 02, 2013
11:27 AM
10. Robbie Rogers: Bro is totally on a first-name basis with Becks

David to PSG... What a baller.

9. C.J. Sapong: This tweet was followed immediately by a nap

8. DaMarcus Beasley: Footballers are people too!

I get scared that 1 second when im driving and i have to sneeze! Lol. cant keep ure eyes open.. Or maybe im the only one!!

6. Brad Evans: Wish I could say I haven’t done this to my cat…

4. Maurice Edu: Mo is not impressed

Dear, #USMNT v #canMNT. I would like the past two hours back. Sincerely, everybody

1. Juan Agudelo: It’s funny because it kind of looks like Brek

Shout out 2 my boy @brekshea working hard in this pic to stay fit at Stoke City. Cant believe yu let them cut ur hair? twitter.com/jagudelo11/sta…