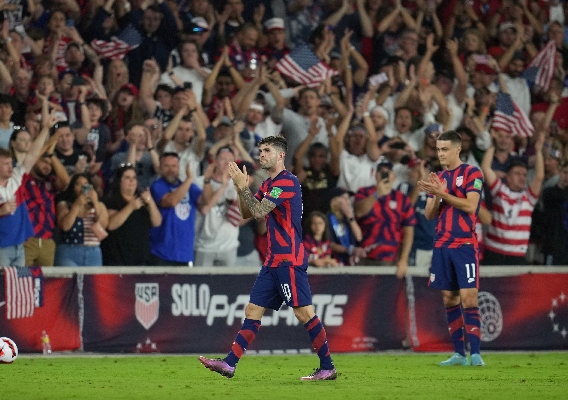 Occam’s Razor: For the USMNT right now, it's all about the form & health of the core

A lot of people are spending a lot of time breaking down the U.S. national team's recent performances in great detail. But as ASN's Brian Sciaretta explains, the biggest diver towards success in Qatar is the form, health, and confidence of the core players. Heading into September, the core wasn't in a good spot and it showed. That must change.
BY Brian Sciaretta Posted
September 26, 2022
5:00 AM

AS EXPECTED, there is a lot of debate and analysis over the U.S. national team’s recent September window where it underwhelmed in its final two friendlies ahead of the World Cup. The U.S. team played with very little intensity and confidence during its ugly 2-0 loss to Japan and its disjointed 0-0 draw with Saudi Arabia. While people are pointing to detailed tactics and roster selections, most of the debate doesn’t see the forest through the trees.

The principle of Occam’s Razor states that “the simplest solution is almost always the best.” Named after 14th century Franciscan philosopher and theologian William of Ockham, Occam's Razor is a problem solving principle that when there are competing theories or hypotheses, the best solution is typically the one with the fewest assumptions. In other words, it is about keeping things simple.

When looking at the U.S. national team’s window where the team underperformed almost entirely across the board, the Occam’s Razor principle offers the best explanation.

From the beginning of this cycle, the U.S. national team has been built on Christian Pulisic, Tyler Adams, Weston McKennie as the core. Later in 2019, Sergino Dest committed to the U.S. team was generally considered part of the core. In 2020 through 2021, Gio Reyna finally matured to the point when he was part of the core. Slightly after Reyna and following the 2021 Nations League, Yunus Musah took an important role as a starting midfielder. 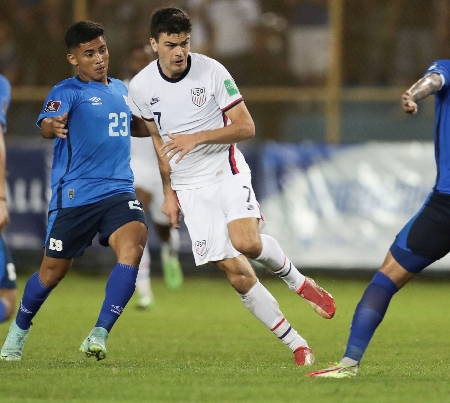 Antonee Robinson also locked in as a starter when healthy and his performances really improved during World Cup qualifying and his importance to the team became clear.

Tim Weah and Brenden Aaronson are certainly important parts of the team, although it is debatable if either are quite members of the critical core as neither are automatic starters (it could just as easily be Reyna and Pulisic on the wings). 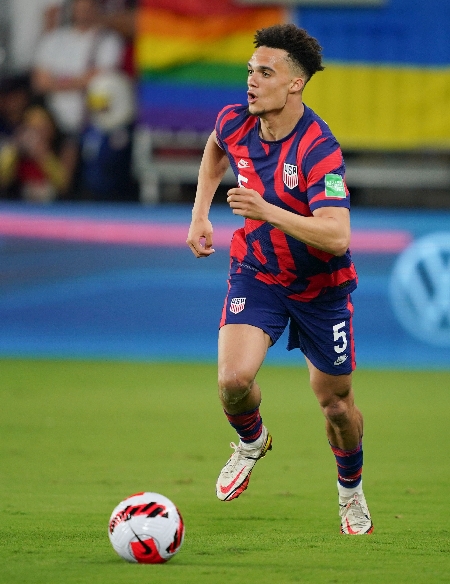 Most people reading this know a lot about this team, but here is the detailed scorecard.

In short, just about all the entire core of the team is not in a good spot right now. Occam’s Razor would clearly point that when six of the seven most important players of a national team aren’t playing well, that team is going to struggle. That’s how it played out in the two September games. None of the players above who took part in September had particularly noteworthy performances in the two friendlies and none were at the level they need to be for there to be success at the World Cup.

It doesn’t absolve Berhalter of criticism over tactics or many of the issues under his control. But his best players across the board came into this camp not where they need to be to be at their best. They need to be playing well and they need to be confident. That wasn't the case. 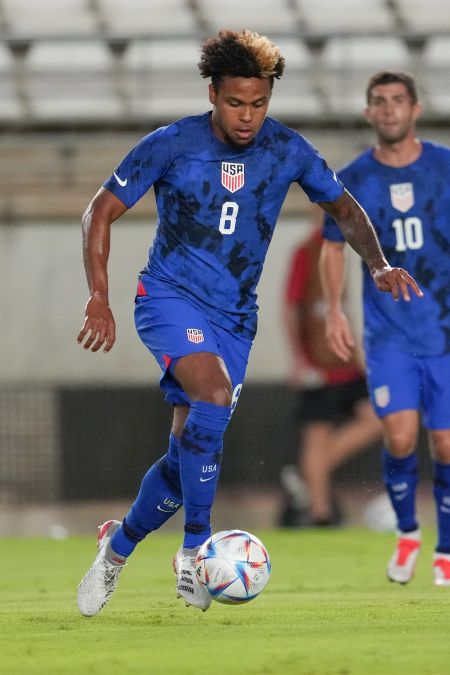 This is not to say that there aren’t other areas worthy of debate or criticism over choices. There has been a lot of writing about the backup midfielders in Malik Tillman, Johnny Cardoso, Kellyn Acosta, and Luca de la Torre. There has been a lot of speculation about the backup fullbacks in Joe Scally, Reggie Cannon, Sam Vines, or DeAndre Yedlin. There has been concern over the lack of minutes for the team’s top two goalkeepers, Matt Turner and Zack Steffen. People have wondered who will start with Walker Zimmerman in central defense when everyone is healthy. Will it be Aaron Long, Chris Richards (who was probably going to start this window but was injured), or Cameron Carter-Vickers? Does Tim Ream deserve to return to the team as the wise veteran leader? People have bemoaned the gradual fade of John Brooks – who didn’t do himself any favors in going without a club from May 14 through September 1 and has played just one minute since May. There are also questions about formations and tactics.

Perhaps the biggest area of debate right now is starting center forward. That is understandable after the team failed to score or generate chances while the starting forward on the Bundesliga’s top team wasn’t included.

But all these debates, complaints, and speculation are distant secondary topics compared with the ongoing form, the health, and the confidence of the top core players.

The U.S. roster will have 26 players on it. There is a ton of speculation among fans on various platforms as to who will sneak onto the team in spots 22-26. Then people want to know if players 15-21 are worthy of a relatively secure status. 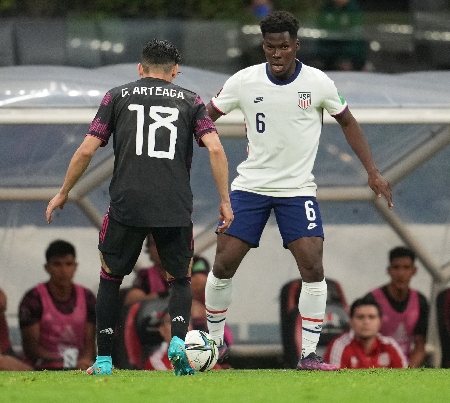 But none of that will really matter a great deal towards how the team will play in Qatar unless spots 1-7 are in good shape. That’s really the key from now until November and it’s not complicated. It’s always been the case too. When the top core players perform well, the rest seems to fall into place and other role players tend to be elevated when the core is thriving. It is extremely difficult for other role players to play well at a level such as the World Cup if the top core isn’t playing up to their capabilities.

Now injuries happen. It is completely unrealistic to expect that each of the best players will be there and in top form. But this team should be good enough that if, for example, Pulisc, McKennie, and Musah are playing well, then Reyna might not have to be entirely at his best for the team to have a good chance to win. If Reyna or Aaronson are playing well, then maybe Weah's health isn't as important.

But the team can’t have six of the top seven players not in a good place like it did this past window.

The 2022 World Cup is completely different than any other World Cup we’ve seen in the recent past or will hopefully ever see again. There is no month-long pre-World Cup camp and send-off friendlies that build the team’s chemistry and, more importantly, put distance between the players’ club form and their national team form. More than ever before, players will need to create a wave of momentum at the club level and then aim to carry that forward to the national team level. 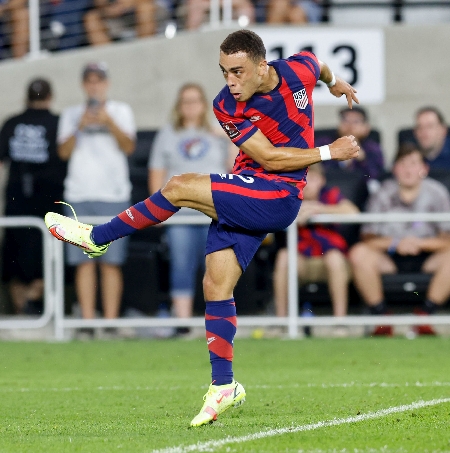 These last two games were not a sign of an impending doomsday for the U.S. team. This also would apply if the team played well too. If that happend it could have created a false sense of security. There is a lot of time between now November and players form and confidence can change quickly. it has always been the case that whatever happens at the club level of the key players in late October and early November will mean far more than anything that happned or could have happened in the September window. If the USMNT convincingly defeated both Japan and Saudi Arabia, it would still come down to the players's form in the final few weeks before the World Cupzo

The other topics only become important after the answer to most of the questions above have a positive response. If the answers above are mostly negative, performances such as what we saw in September won’t be surprising. This is Occam's Razor as it relates to the U.S. team. It's not complicated and it's not hard-hitting, it's simple. Success or failure of this team will almost certainly be explained by the form of these key players leading up to the World Cup.