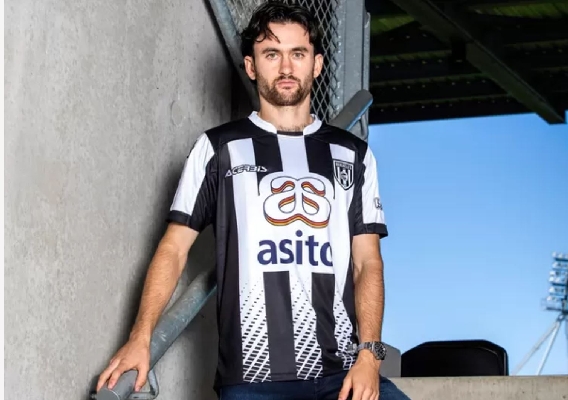 Luca de la Torre is a player who has vast U.S. youth national team experience and many American fans know by name. But now the San Diego native attacking midfielder is looking forward to his move to the Eredivisie where he will aim to make his first significant steps as a regular first-team player. ASN's Brian Sciaretta spoke with the U.S. U-23 hopeful on joining Heracles Almelo.
BY Brian Sciaretta Posted
August 14, 2020
3:45 AM

SEVEN YEARS AGO in 2013, Luca de la Torre moved from his native San Diego for England to join Fulham’s academy in hopes of furthering his career. The promising attacking midfielder was a regular for the club’s youth teams but with his contract having expired at the end of the English season, he is moving to the Eredivisie in the hopes of regular playing time and finding a place where he can put into practice what he learned with the London-based club.

Last week, Heracles Almelo announced it had signed de la Torre, 22, to a new contract through the end of the 2021/22 season. The process to bring the American to Holland has not been necessarily easy as the COVID-19 restrictions forced a stoppage in the English season and a cancellation of the Eredivisie season.

The interest from Heracles in de la Torre went back four months but it was only last Tuesday when he was able to arrive in Holland – in time for his first practice the following day. He was not at Wembley Stadium to watch Fulham secure passage back to the Premier League with its 2-1 extratime win over Brentford in the promotional playoff final.

For de la Torre, he would have liked to have been on hand to watch the big moment for Fulham, but he needed to focus on preseason and take every opportunity to establish a meaningful role with his new club.

“The goal is always to play,” de la Torre told ASN. “The goal this year is to have consistent playing time in the league… I would have liked to have been at Wembley but I needed to be here to start preseason. It was a long process but I am happy to be here. It’s great.”

For a young and unestablished player trying to break into the first-team level, Fulham was a tough place in recent years. In 2019/20 and 2017/18 the club successfully chased promotion to the Premier League. In 2018/19, it unsuccessfully fought off relegation in the Premier League. In 2016/17, it fell short of promotion in the playoffs and the year before that, it was actually in a relegation battle in the Championship. In most of its games over the past five years, Fulham has been in intense games at various ends of the table where veterans have been preferred.

Looking back, de la Torre remembers Fulham in a very positive light and believes the club aided in his development despite only limited first-team minutes.

“There's loads of positives,” de la Torre said of Fulham. “I was there for seven years, I came through the academy. I played with the first team and I was part of some great teams. We got promoted twice - which is a big deal. I have lots of great memories with my first professional goal, my debuts in the Championship, the Cup, and being on the bench in the Premier League. There are loads of positives to draw from. Even if I didn't play as much as I would have liked, training and playing with the squads I was on was a big positive.”

But the decision to move on not only from Fulham, but from England as well, was not a difficult one for de la Torre. Due to him also holding a Spanish passport, more doors were open to him throughout Europe than they are for most other young American players.

When discussing his options, the Eredivisie was his first choice due to its attacking style and his preferred No. 10 role while also being comfortable as either a right or left midfielder. But the specific offer from Heracles was particularly enticing as it is a club that places a strong core value of giving young players minutes in important league games.

“Heracles is a club that develops players,” de la Torre explained. “It is the philosophy of the club. They play a style of football that attracts me - as well as the general style in the Eredivisie. It's very attacking and very entertaining football, which is a great positive for me. I am really looking forward to playing in the league.”

“Last season before it was cut short, Heracles were in eighth place,” he added. “They had a chance of getting a Europa League qualifying spot. Heracles is a small club but they perform very well in the league and they win a lot of games. That was a big deal for me coming here. This is a winning team. That is really important to be a part of as well.”

De la Torre wants to win at Heracles but he also points out that he hopes Eredivisie minutes help him earn a return to the setup with U.S. Soccer where he was a regular at the youth levels. From 2013-2015, de la Torre was an important player for the U-17 national team where participated at the 2015 U-17 World Cup and was part of a midfield that included Christian Pulisic and Tyler Adams.

In 2017, de la Torre made the U-20 World Cup team and helped the team advance to the quarterfinals – where he memorably scored a stoppage time equalizer against Ecuador in the group stages. On that team he was reunited with Adams but also played alongside Josh Sargent, Jeremy Ebobisse, Cameron Carter-Vikers, Erik Palmer-Brown and other players now in the U.S. U-23 and full national team pool. 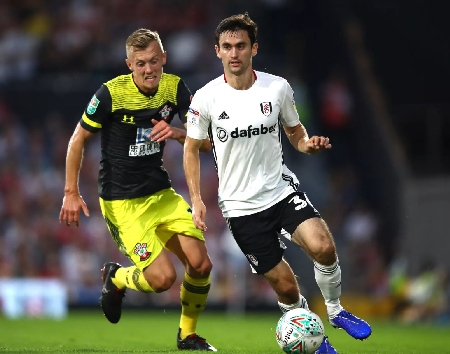 De la Torre remains in contact with many of his former teammates, including Pulisic who he also spent time with in London, but his participation with U.S. Soccer has declined. He was capped by the full national team under interim manager Dave Sarachan in a friendly vs. Ireland in 2018 and in 2019, he participated in his most recent camp last May/June which was run by Gregg Berhalter and Jason Kreis but included many U-23-eligible players. Since then, he has not been in contact with U.S. Soccer.

The current COVID pandemic has pushed the U-23 cycle out a year into 2021. With months of the Eredivisie season ahead of him until Olympic qualifiers, the current environment might allow him to make a late push back into that team and become one of the players who completes the rare trifecta of playing in the U-17 and U-20 World Cups and the Olympics.

“It definitely is a goal,” de la Torre said of returning to the U.S setup with the U-23 team. “The first thing for me right now is to play regularly for my club. But playing for the national team has always been a big part of my career. I would love to get called-up.”