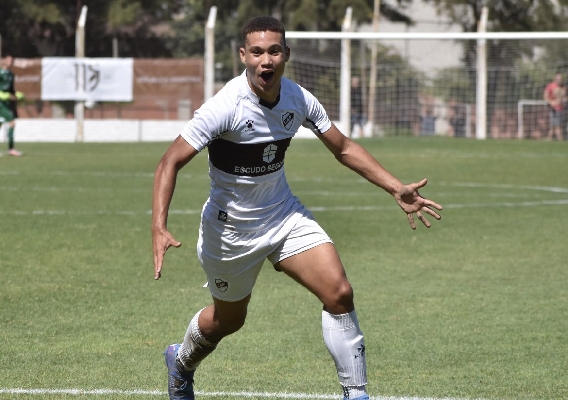 Noah Mavrommatis has sights set on Platense first team and U.S. U-20 call

Club Atlético Platense left back Noah Mavrommatis was one of the surprising additions to the U.S. U-20 team last month for the camp in Argentina. Arch Bell spoke to the Atlanta-area native on his experience and his goals of making a debut in the Primera and earning a spot on Mikey Varas' team
BY Arch Bell Posted
April 22, 2022
6:50 AM
It is a big year for the United States Under-20 National Team with the Concacaf Men’s Under-20 Championship coming up this summer in Honduras.

Not only is a berth in the Under-20 World Cup at stake, but the tournament also serves as the qualifier for the 2024 Paris Olympics, a tournament the U.S. are desperate to return to after missing the last three editions.

One of the players who is hoping for inclusion into the squad of Head Coach Mikey Varas is 18-year-old left back Noah Mavrommatis, who is currently plying his trade at a place of which few U.S. fans have probably even heard, Club Atletico Platense in Argentina.

The son of an American mother and a Greek father, Mavrommatis has been in Argentina since 2015 when his family moved there from Atlanta. The Los Angeles-born player was spotted at a local futsal club in Buenos Aires and was brought by a coach to Platense, where he first joined the Pre-Novena side at age 12.

For a kid who loves soccer, moving to a country like Argentina where the game is so deeply entrenched in the culture was a thrill for Mavrommatis. 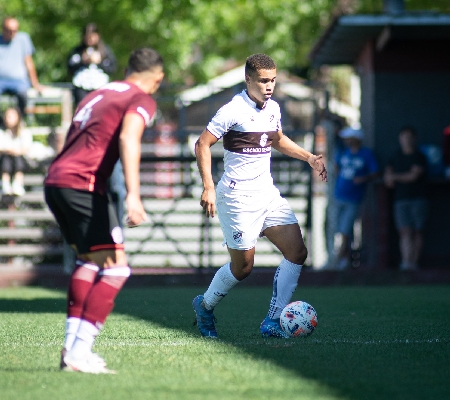 “The biggest sports in America are of course football, basketball, baseball, but since my dad is Greek, I went for soccer. When I got here, I saw that they live, eat and breathe soccer here. I was in heaven because everywhere you look, there is a soccer field, there’s people playing, it was great being here,” said Mavrommatis in an interview with American Soccer Now, right after playing the final 10 minutes in a 1-0 Reserva win over Gimnasia.

From Pre-Novena, Mavrommatis worked his way up the youth system chain, becoming a starter in his Septima year before eventually getting a call to the Reserva while with the Quinta. With the Reserva, he starred in a 5-2 win last November against giants River Plate, scoring his team’s fourth goal, but he has also dealt with the setback of injuries.

“I’ve been playing with Reserva for 10 months. I’m always on the teamsheet and always playing. I was starting at the beginning of the year, but then had a big injury, a muscle tear of my hamstring, so I’ve mostly been on the bench in the last three games. But yes, scoring against River was the highlight of my time here in Argentina,” said Mavrommatis.

While Platense doesn’t have the same name recognition of a big club like River or Boca Juniors, Mavrommatis feels comfortable at the club and has set the goal of reaching the first team by 2023. 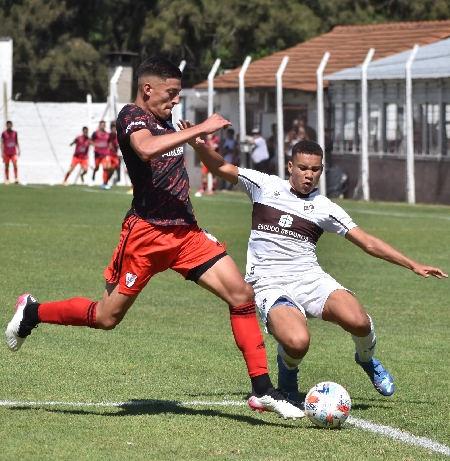 “I love it at Platense. I really enjoy the coaches and everything. Overall, it’s a great experience playing there. The fans at Platense are super devoted and dedicated to the club.

While in the final stages of his recovery from injury, Mavrommatis was pleasantly surprised to learn of a golden opportunity to train with the U.S. Under-20 National Team, who were in Argentina last month for a series of friendlies. The left back position is one that can use more depth, as Jonathan Gomez has made his involvement questionable after accepting a call-up to Mexico's first team in April and while Caleb Wiley is impressing at Atlanta, that club has a history of being reluctant to release players for youth national team duty.

Mavrommatis has his foot in the door with his his involvement at the last camp and needless to say, it was an experience that made an impact.

“It was great. I was at my house, bummed out because I still had a week to go on my injury and then I got the call that the U20s were coming down here and they asked me to train a couple days with them. I was excited to be able to go there and see the level. It’s a great level. There are a lot of players who are already established in MLS or are playing in Europe, so it was great to see the level that everyone is on.

“Here in Argentina and at Platense, I don’t get seen as much as the other kids, so it was great to feel like I was getting recognized and be peers with some of these guys who are starters in MLS or Europe,” said Mavrommatis. 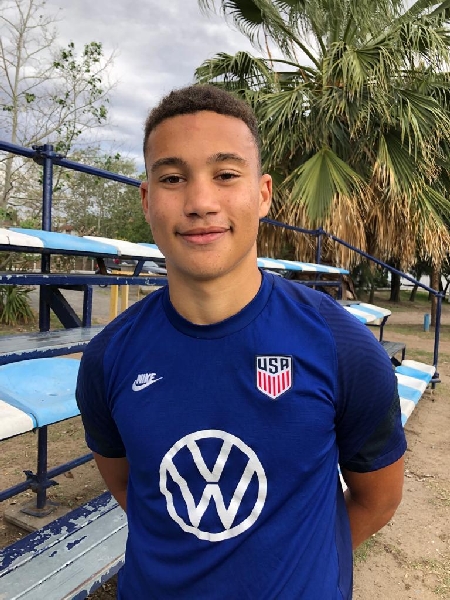 It remains to be seen whether Mavrommatis will get that coveted call to be part of the U.S. team in Honduras or be a part of any future camps, but for now, Mavrommatis is smart enough to avoid any what-if scenarios and just concentrate on reaching his goals at Platense.

“I was honored to get the call-up. I get it that it is easier to see players who are in the States or bigger clubs. I completely understand. I’m just starting out playing with the Reserva team and I’m just starting to have success in my career, so I’m not out there wondering why I haven’t been called up or anything. I’m just focusing on myself and trying to do the best that I can at Platense. Whatever comes afterward is a bonus.

“My last talk with the U20 coaches was that they would keep looking at me, they’d keep following me and so I hope I can go. That would be amazing, but for now I just know that they are following me and I’ll see if I can get the call,” concluded Mavrommatis.