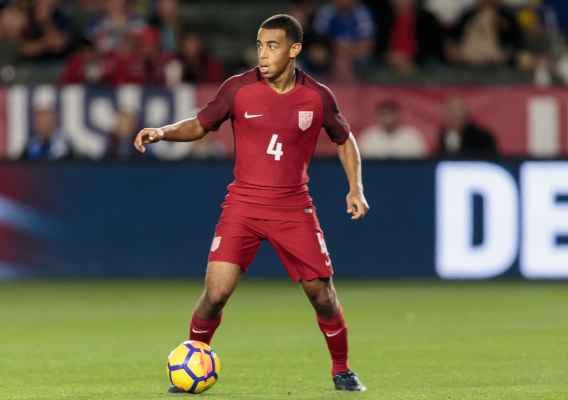 No surprise as Adams completes long-awaited move to RB Leipzig

Adams, 19, completed the deal earlier in the year but it was announced on Sunday, which was three days after the Red Bulls season ended with a 3-1 loss on aggregate to Atlanta United in the Eastern Conference Final.

The transfer marks yet another move from the New York Red Bull/Metrostars organization in sending American players to Europe. Tim Howard, Michael Bradley, Jozy Altidore, Tim Ream, and Matt Miazga all used the club as a springboard to Europe. But Adams has been a true product of the team's developmental path which included the the academy, the USL team, and the first team.

Adams made one MLS appearance in the 2016 season but was a lock starter in 2017 and 2018. Between MLS, the U.S. Open Cup, and the CONCACAF Champions League, Adams made 74 first team appearances for the Red Bulls for a total of 6358 minutes.

Over the past year, Adams has also made nine appearances with the U.S. national team. He has been a key part of the team as interim head coach Dave Sarachan attempted to introduce a new group of players following the failure to qualify for the 2018 World Cup. His most memorable moment so far came in September when he scored the game-winning goal in a 1-0 victory over archrival Mexico.

At RB Leipzig, Adams will play under a familiar face as top assistant coach Jesse Marsch coached Adams for most of his time with the Red Bulls. Marsch left in June to take the position at Leipzig – and thus far the team has succeeded and current sits in third place in the Bundesliga.

Next up for the Red Bulls will be the tough task of filling Adams shoes. Is there another academy star waiting in the wings or will the organization have to look to important talent?

There is plenty of reason to be optimistic for Adams and his move to Leipzig. For one, the club plays a very similar style to that of the Red Bulls. Second, Adams will head to Germany and have the opportunity to play in friendlies over the winter break to make a case to break into the team.

But Adams has continuously improved over his time with the Red Bulls. Every month he has been able to elevate his game. Moving to the Leipzig will be a big test for Adams but his trajectory has shown he’s ready for a step up in competition.