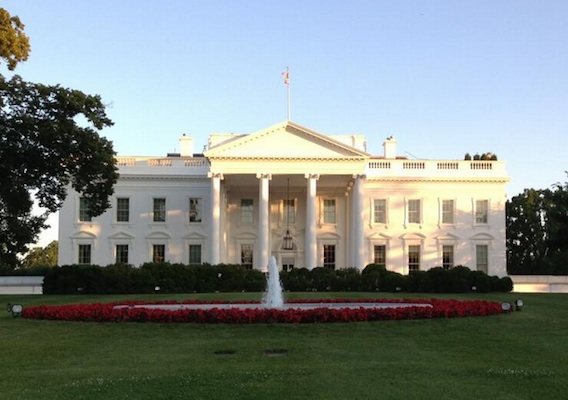 The United States national team center back takes a trip to the nation's capital, while his teammate hams it up for the camera. Jesse Yomtov with the week that was in USMNT tweets.
BY Jesse Yomtov Posted
June 01, 2013
11:49 AM
10. Sacha Kljestan: We’re all bandwagon NHL fans come the playoffs!

Watching the NHL playoffs with @bguzan. He is going nuts every time the Blackhawks score but he doesn't know one players name!!

Guess the Chicago Tribune decided the USA game was really important. Got a whole 4 by 1 inch section. twitter.com/EricLichaj/sta…

7. Joe Gyau: Hustler for sure

6. A.J. DeLaGarza: The life of a professional athlete…

5. Juan Agudelo: Sort of makes you not want to go to Europe…

European girls use way too much make up.????

3. Matt Besler: Promptly gets tacked by the Secret Service

1. Kei Kamara: So he’s not a U.S. national team player, but this is pretty darn American

USA soccer on ESPN, Hot Dogs on the grill...am feeling like a real American tonight.Oh and some summer shandy beer in the missus hand. :P