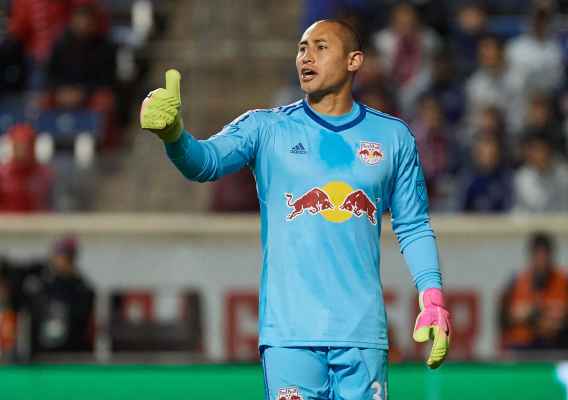 With Luis Robles in goal, the Red Bulls can go a long way and on Saturday, the veteran was on top of his game in a hard-fought win over Toronto. Meanwhile, Diego Valeri remains one of the best in the league as Portland downed a poor Seattle team. That and more as Brian Sciaretta looks at Week 18
BY Brian Sciaretta Posted
July 02, 2018
9:00 AM
The recent weekend in MLS saw real separation in the standings. The top of both conferences is coming into picture with the Red Bulls and Atlanta poised for a fun race in the second half of the season. Meanwhile, stalwarts Toronto and Seattle are on life support.

Here are my thoughts:

Robles: ASN player of the week


For better or for worse, there is a lot of parity in MLS. With that, it is imperative that contending team have a good goalkeeper since there is a thin line separating teams.

Luis Robles is a good example of this and the New York Red Bulls goalkeeper essentially was the reason why the Red Bulls walked out of Toronto with three points. The Red Bulls did not play particularly well and the surprisingly struggling Toronto team actually had one of its better games in recent weeks.

The problem for Toronto is that Robles made several outstanding saves in the second half – including one to deny Sebastian Giovinco from the penalty spot – and the Red Bulls moved safely into second place of the Eastern Conference.


Luis Robles, IMHO, is the MLS player of the week. Outstanding performance today in the 1-0 win over Toronto pic.twitter.com/Ryd1makyW6

As for Toronto, there is no denying that the club is in a dire spot – even if it is early July. With 15 points through 16 games, it is eight points out of the playoffs and nothing is working. On top of it all, the team’s effort hasn’t been great and its best player, Giovinco, is bothered by the uncertainty of his contract status.

The problem is self-inflicted but correctable. The problem is that there is very little margin for error at this point for Greg Vanney’s team. Toronto lost on Sunday, in part, because of luck. Unfortunately it has put itself in a position where it needs to be both good and lucky.


The fact that Philadelphia has continued to rely heavily on a central defense tandem that consists of two American teenagers is commendable. To its benefit, Philadelphia has been rewarded with some solid play from Auston Trusty and Mark McKenzie which have played well enough to have the Union in contention for a playoff spot.

The problem, however, is that due to their inexperience, Trusty and McKenzie are going to be susceptible to off games.


Such was the case on Saturday when Philadelphia was soundly beaten 4-1 on the road to LAFC. Adama Diomande had a hat trick for the victors but Philadelphia’s backline made it far too easy for LAFC.

To its credit, Jim Curtin has continued to roll with the duo but is up for a tough test next Saturday when Philadelphia hosts Atlanta United.


Just over a month ago, it appeared as if Montreal was a strong candidate to finish with the worst record in the league. At one point, it had lost eight of nine games and nothing was working.

But on Saturday, it posted a 2-0 win over Sporting Kansas City for its third straight win (and fourth win in its last five). Even better for Montreal fans, three of its next four games are home against poor teams (Colorado, San Jose, and Vancouver) and in the middle is a visit to a slumping NYCFC team.

Goalkeeper Evan Bush has been key to all this and he has the most saves in the league by far. On top of that, Ignacio Piatti has been at the forefront and has been one of the best players in the league, again.

Can Montreal keep it up? It will be hard and the Eastern Conference is very good but Montreal could be in the mix to land big signings this summer with rumors linking the club to Enner Valencia and Jimmy Briand. With that, Montreal could be poised to continue its once unthinkable turnaround.


Following the World Cup on Saturday, FOX aired the Seattle – Portland game. It worked out for the network as the game was a back and forth affair and Portland came away with a hard-fought 3-2 win over its archrival to the north.

So far, Giovanni Savarese has done a first-rate job as Portland continues to push up the standings in the Western Conference after a slow start. The club is safely in fourth place but trails third place LAFC by three points but also has a game in hand.

This game was defined by set pieces with Larrys Mabiala getting on the end of two Diego Valeri corner kicks for two of Portland goals. The third, scored by Samuel Armenteros, was set up by a first-rate through ball from Valeri who had three assists.

Seattle’s playoff chances are on life support as the club has just 12 points through 15 games. Goals from the run of play are few and far between for the Sounders which look in need of a rebuild.