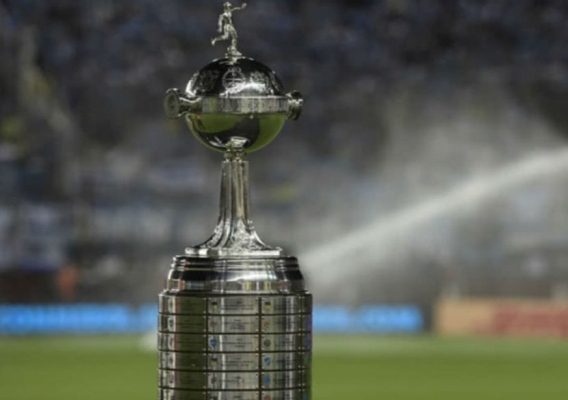 Will MLS teams branch out of North America and into the best non-European tournament in the World? Perhaps. Meanwhile, Wynalda gets a new gig and George Bello shines for the U-17s.
BY Brian Sciaretta Posted
October 17, 2018
5:00 AM
THE POWER STRUCTURE of football in the Western Hemisphere continues to undergo significant change as reports suggest that there are discussions to have MLS teams enter into the Copa Libertadores as well as include Liga Mx teams once again.

The report from Globo Esporte suggests that the agreement could take place as soon as 2020. This comes on the heels of talks last week that Liga Mx an MLS were discussing a potential merger after the 2026 World Cup.

There are, of course, significant hurdles to having MLS teams compete in the Copa Libertadores. The most significant is travel as the distance between some MLS teams and teams in southern South America is well beyond a trip to Europe. There are potential solutions - perhaps regionalizing the tournament in the initial stages or eliminating the All-Star game to create more of a window.

Despite the travel, these are important steps because MLS needs to find ways to expand beyond North America. MLS teams are yet to win a CONCACAF Champions League but have still been able to beat Liga Mx teams from time to time. But heading to South America can provide a variety of competition. Some opponents would be easier than Liga Mx and some would be much harder. But it would all be different.

So much of the footballing power structure right now is in Europe and that is unlikely to change. By having Liga MX and MLS teams in the Copa Libertadores as well as combining the Copa American and Gold Cup (similar to the 2016 Copa America Centenario) on a regular basis creates a strong partnership with CONCACAF and CONMEBOL. That gives more leverage the Western Hemisphere, which is needed. There is a lot of money invested in the sport on this side of the Atlantic Ocean and there is a lot of talent as well. It would be nice to have another important power structure in the sport outside of Europe.

It would also be great for American soccer to be included in regular high-level competitions at the club and national team levels outside of the World Cup.


On Tuesday, the United States U-17 national team rebounded from a loss to England with a win over Brazil and a 2-1 win over Russia’s U-18 team.

In the win over Russia, George Bello scored an 86th minute free kick goal to ensure that the U.S. team finished in second place in the English invitational tournament.


You like goals.
We like goals.
Watch all six U-17 #USMNT strikes from the three-game tourney! ???????? pic.twitter.com/UeopXbs0ZN


USMNT to face Italy in Belgium

The U.S. team’s November friendly on November 20 will be played in a neutral venue in Genk, Belgium. That will conclude the 2018 schedule for the U.S. national team and will likely be the final game with Dave Sarachan in charge.


Former U.S. national team forward Eric Wynalda has been named the new head coach for Las Vegas Lights FC in the USL. Never one to mince words, this is going to be interesting as Wynalda seems to draw the spotlight.

Las Vegas will need all the help it can get. It finished 2018 in 15th place in the 17 team USL Western Conference.