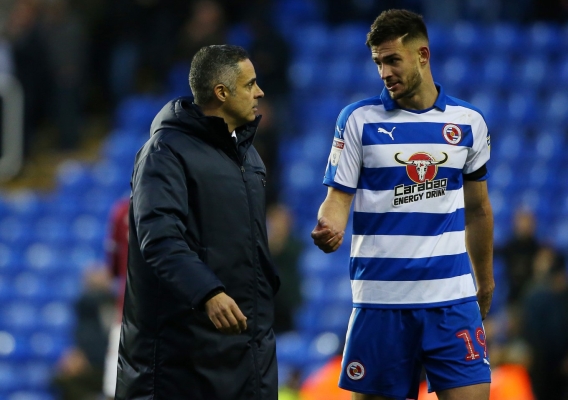 This weekend has it all. Top young Americans in Tyler Adams and Jonathan Amon will looking to continue eye-opening seasons, Duane Holmes will look to continue his promotional push with Derby, Weston McKennie takes on the champs, Christian Pulisic looks to become a champ, Matt Miazga looks to help Reading avoid disaster. All that and more in a busy weekend.
BY Brian Sciaretta Posted
February 07, 2019
11:00 PM
THERE WILL be a busy slate of games this weekend as many key Americans will play in important games throughout the globe as MLS remains in preseason for another three weeks.

As American Soccer Now does every Friday, here are 10 important games to watch this weekend from an American perspective.

Matt Miazga has been an immediate starter for Reading since he joined the club at the end of January. So far in his two games, the Reading backline has conceded just one goal over 180 minutes. But now Reading will travel north to face 16th place Sheffield Wednesday.

Reading is in the middle of a fierce relegation fight and is currently in the drop zone. It trails Rotherham by just one point for safety but Rotherham has a winnable game at home against Wigan, so Reading really could use a win against Sheffield Wednesday to avoid falling further behind.

Two Americans will face off in this contest as red-hot Duane Holmes and promotion contending Derby County host 10th place Hull City – which will likely feature defender Eric Lichaj. Derby is outside of the promotional playoff spots in seventh place but only trails sixth place Bristol City on goal differential.

Holmes is one of the fastest rising American players at the moment as his ability to attack out of multiple positions has made him the man of the match three times in the last five weeks. The Georgia native will aim to continue his strong run to help boost his chances for his first ever U.S. national team call-up in March.

Tyler Adams has made three straight starts for RB Leipzig since joining the club in January. During those three games (two in the Bundesliga and one in the German Cup) Leipzig has scored eight goals and conceded zero as it has won all three and sits in third place in the Bundesliga.

Adams, 19, was not as sharp offensively in a 1-0 win midweek over Wolfsburg in the German Cup. He was strong defensively and managers often do not want to change a winning lineup. Meanwhile, Timothy Chandler nears a return for Eintracht Frankfurt – which is having a very strong season to sit in fifth place.

U.S. national team midfielder Weston Mckennie, 20, will have his hands full on Saturday when Schalke travels to face defending champion Bayern Munich. Bayern is having an offseason and sits in third place at the moment but it still remains an exceptionally difficult opponent. Former Vancouver Whitecaps and Canadian national team forward Alphonso Davies has begun to see regular minutes off the bench in recent weeks.

Schalke has qualified for the knockout stages of the Champions League but the Bundesliga season has been subpar – after a runner-up finish in 2017/18. The bottom half of the standings are tight and while it sits in 12th place, a loss could see it fall as far as 15th.

Tim Weah, 18, remains on a red-hot pace to start his loan at Celtic from Paris St. Germain. Last weekend he scored and assisted off he bench in just 14 minutes during a 2-0 win over St. Johnstone in the Scottish Premier League. Then in the midweek, he earned a start against Hibernian and helped create the opening goal in a 2-0 win. Now he will get another chance at St. Johnstone in the fifth round of the Scottish Cup on Sunday.

The Danish Superliga will resume after its long winter break and ninth place Nordsjaelland will have a difficult test when it hosts third place Brondby on Sunday.

United States U-20 winger Jonathan Amon, 19, impressed during the first half of the season where he scored four goals and added two assists across 16 games in all competitions. But as he looks to develop and improve his game, it will be interesting to see what role he has with Nordsjaelland to start the second half of the season. Nordsjaelland was the youngest top-division team in Europe as of September.

Christian Pulisic, 20, scored midweek for Borussia Dortmund in extratime of the German Cup. While the goal broke a 12 scoreless snap for the Hershey native, Dortmund ended up losing to Werder Bremen on penalties.

While out of the German Cup, Borussia Dortmund remain atop the Bundesliga with a seven point cushion over Borussia Monchengladbach. It remains a question how much time, if any, Pulisic will play after going 120 minutes on Wednesday but he could be an offensive weapon off the bench. Pulisic is heading to Chelsea after this year but it would be interesting if he can help be a part of a Bundesliga-winning campaign before heading to England.

Josh Sargent, 18, should be well-rested for this contest as he did not play for Werder Bremen in its big cup win over Borussia Dortmund. With that game having gone 120 minutes, some of Werder’s players will be in need of a rest.

In 10th place, Werder Bremen appear to be safe from a relegation battle and a spot in Europe does not look like its within reach. As a result, it might not be the worst stage to give Sargent extended minutes against a poor Augsburg team that sits in 15th place and is just three points from safety.

Cameron Carter-Vickers is back in the starting lineup for Swansea City but that is only because of injuries to the team’s regular defenders – which should lead up to the March international break. Swansea is not a candidate for promotion or relegation this year as it sits squarely in midtable, but these games are huge for Carter-Vickers as he is playing to impress suitors who will be willing to either take him on loan from Tottenham next season or make a bid for a fulltime transfer.

The English-born American is playing to impress for next season and he needs to perform well on Saturday against Millwall and in the weeks ahead.

It has been a good week for Joel Sonora who scored his first goal in Argentina’s Superliga last week. His second half strike gave Talleres a 3-1 lead over Banfield and helped to secure three points. Then on Wednesday, the 2015 U.S. U-15 World Cup veteran made his Copa Libertadores debut as a late substitute in a 2-0 first leg win over Sao Paulo.

But waiting for Sonora on Saturday will be a big test when Talleres faces fourth place Atletico Tucuman on the road in the northwest portion of the country. Atletico Tucuman’s has scored 31 goals in 16 games for the best offense in the Superliga. Due to a congested schedule with Libertadores and Superliga games, there is a good chance that Sonora sees extended minutes in this game for 12th place Talleres.