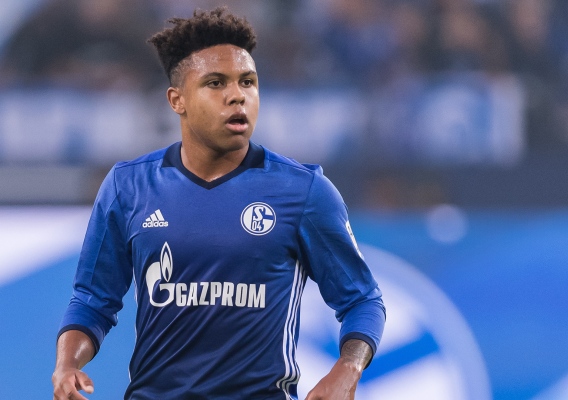 McKennie vs. Brooks top 10 things for American fans to watch this weekend:


The highlight of the weekend for Americans abroad will take place on Saturday when Wolfsburg hosts Schalke at 9:30am ET. John Brooks will certainly start for Wolfsburg and there is a good chance that Weston McKennie will be on the field for Schalke as well.

It is the Bundesliga opener for both teams and Wolfsburg is hoping to avoid another relegation fight while McKennie and Schalke will be favored to once again qualify in the Champions League positions after finishing second last year.

Both players will have a lot to prove. McKennie, who will turn 20 next week, will aim to move from being an exciting prospect to an impact player on a weekly basis. Meanwhile, Brooks desperately needs a season where he can stay healthy from start to finish.


On Saturday, Paris St. Germain will host Angers (11am ET) in what could be a lopsided Ligue 1 matchup. PSG is expected to run away with the title again while Angers could be in for a relegation battle and has yet to register a point from its first two league games.

Weah, 18, started last week for PSG but was pulled at the half after he was quiet for the first 45 minutes. While a second straight start would be surprising, minutes off the bench would hardly be surprising for the New York-born Weah who is one of the more exciting American attacking prospects at the moment.


The Metrostars – DC United rivalry was one of the best in the early days of the league. On Sunday the two will face off.

DC United started off the season in brutal fashion but could sneak into the playoffs with a strong finish. Most of its remaining games are at home and the arrival of Wayne Rooney as seen the team’s confidence take off. In addition, the return of Russel Canouse has provided a great presence in defensive midfielder.

But this will be an enormous test for DC United which will try to continue its streak away from Audi Field and into the hostile Red Bull Arena.

The Red Bulls surely must be angry at themselves for failing to earn a victory against neighboring NYCFC on Wednesday. Up a man and a goal, it allowed NYCFC to get back into the game with an equalizer. Then up two men for the final 20 minutes, it could not find a winner.

It was the second straight game the Red Bulls have played to a draw despite scoring the first goal in each game. Now at home, the Red Bulls can make a push to overtake Atlanta United for first place.

The keys to this game will be the Red Bulls central defenders trying to contain Rooney and the red hot Luciano Acosta. This will be the best defense that DC United has faced during its accent. Also, can Tyler Adams and Kaku take the game to Canouse and Junior Moreno to control the middle of the field.

The momentum of this game favors DC United although the Red Bulls have much better overall talent. This is a tough game to predict but it could mark a turning point for either team. If the Red Bulls win, it is certainly a contender for first place or at least a first round bye. If DC United wins this, it is hard to see it missing the playoffs.

4) Miazga aiming for rebound against Caen


Matt Miazga is still getting into the swing of things at Nantes where he joined the club on loan late in the summer. Last week the U.S. international central defender made his first start of the season in a 2-0 loss to Dijon.

The New Jersey native will be hoping for a better result on Saturday (2pm ET) when Nantes host potential relegation battlers Caen. What makes the game particularly interesting for Miazga is that Caen also made a strong push last month to take Miazga on loan. It was only late in the window when Nantes emerged.

This game should offer Miazga a chance to showcase his possession game and passing abilities as Nantes is expected to control possession.


Jonathan Amon, 19, will be aiming to score in his third consecutive games for Nordsjaelland when it hosts Horsens at 6am ET on Sunday. Last weekend he scored in the 90th minute of a 2-0 win over Vejle. On the play he made a long run up the wing and burst into the open field where he beat the keeper.

It remains to be seen if Amon will make his first start but he will almost certainly play at some point. There are not many young American wingers at the moment and Amon remains one of the most exciting wingers in the program as he is always looking to take defenders on with the dribble.

6) Pulisic and Dortmund open vs. Leipzig


The Bundesliga opens this weekend and it will be a tough test for Christian Pulisic and Borussia Dortmund which hosts RB Leipzig on Sunday at 12pm ET.

There has been a lot said about Pulisic during the offseason and the Hershey-born teenager was clearly fatigued towards the end of the last season. But continuing to push forward to raise his game to another level will be a massive challenge given the level he is already at.

This season will be fascinating to watch for both the Bundesliga and the Champions League.


On Friday night at 10:30 pm ET, the LA Galaxy will host LAFC. While the rivalry is new, tonight’s game has taken on more importance than one might have thought prior to the season.

Both teams are in the playoff positions although LAFC has exceeded all expectations. With a win, Bob Bradley’s could surge into second place in the Western Conference. It enters Friday night’s game with two consecutive 2-0 wins.

The Galaxy meanwhile hasn’t won in four and could find itself out of the playoff positions with a loss. While many of its top players were not part of the squad last week, the 5-0 pounding from Seattle was tough for the team’s confidence.


Fans from Portland and Seattle love to talk about the intensity of the rivalry between the two clubs – which predates MLS.

But you could not find two more polar opposite teams right now. Portland has lost three in a row and has been outscored 9-2 during that run. It holds onto the final playoff position in sixth place but is only two points ahead of Seattle – which will overtake Portland with a win on Sunday night.

Seattle, meanwhile, was once left for dead this season and was in last place. But Seattle has now won six in a row and has outscored its opponents 15-3 during that stretch. It is the hottest team in the league and surging into the playoffs almost seems inevitable at this point. Portland will be tricky but Seattle’s defense is too good to bet against. The focal point is stopping Diego Valeri. If that happens, Portland does not have much else and Seattle should coast.

9) Can Wood get off to a strong start?


More than any American player in Europe, Bobby Wood needs a strong start to the upcoming season. Last season was brutal for the Hawaiian but the talent is there. Also, the United States national team is short on forwards who have significant first team experience.

On Saturday (9:30am ET), Wood and Hannover will visit Werder Bremen. Wood is likely to feature while Josh Sargent is unlikely to take part for the hosts.

Wood, 25, is at an age where he should be a dependable veteran and his move to Hannover can go a long way to proving that the 2017/18 season was a blip in the radar. It comes down to two things for Wood: his confidence and his knees. Assuming his knees hold up, Wood badly needs confidence and a strong start will be critical towards him having a good season. That starts on Saturday.

10) Can Lankford emerge at Heidenheim?


One American to keep an eye out on is German-born American winger Kevin Lankford at FC Heidenheim in the 2.Bundesliga. At just 19, he is playing regularly for Heidenheim as either a starter or one of the first off the bench. Last weekend he scored in a 5-2 win over a Regionalliga opponent.

So far in the 2.Bundesliga, Heidenheim has just two draws from its first two games. On Sunday (7:30am EST) it will visit Dynamo Dresden.

Lankford earned a handful of U.S. U-19 last year but never broke into the U-20 team. Now, the only youth national team he can push for is the Olympic team and that will be difficult given his competition is Jonathan Amon, Andrew Carleton, Nick Taitague, and possibly Tim Weah who can play on the wing as a second position.