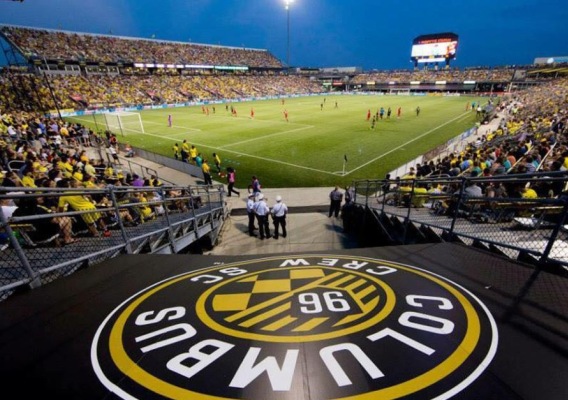 Lessons and takeaways from the #SaveDtheCrew saga

The proposed deal would see the Haslam family, which owns the Cleveland Browns in the NFL, acquire the Columbus Crew from Anthony Precourt. In turn, Precourt would start his new team, Austin FC, in the Texas capital.

The news reflects the best and the worst of the league. For Crew fans and fans of MLS from the early years, this is welcome news. The #savethecrew campaign was a hard-fought campaign that saw the team dragged through the mud. The Precourt and the league looked horrible throughout the entire ordeal and in the eyes of many, it will take a long time to recover.

Hopefully with this news, the team can rebuild and return to being one of the most respected organizations in the league.

Here are some thoughts on the news


In the NHL, there are currently 31 teams but the “original six” teams almost have revered status. It was those six teams (Montreal, Toronto, New York, Chicago, Detroit, and Boston) that carried the league for 25 years until successful expansion could be achieved and the league could grow into the success it is now. These six teams comprise of a vast majority of the league’s most beloved and treasured pieces of history.

MLS is not there but it is heading in the right direction. But not matter how much the league grows, the Columbus Crew will have played a significant role in its early survival and thereby comprise an important part of its history.

The completion of Columbus Crew Stadium in 1999 was an enormous turning point in the league. With that stadium, the league began creating soccer specific stadiums – and physical assets. Other teams would soon follow. As teams left NFL stadiums and into their own homes, the survival of the league seemed likely. Crew Stadium put the league on a different path than the previously defunct NASL.

On top of Crew Stadium, the Crew itself played such an important part of the career for so many of the best American players of the past 30 years. Brian McBride, Brad Friedel, Paul Calgiuri, Thomas Dooley, and Frankie Hedjuk all enjoyed success for the U.S. national team at the highest levels and the Crew helped them get to this point.

The Columbus Crew has done a lot for American soccer and the good news is that unlike the Brooklyn Dodgers, the Quebec Nordiques, the Baltimore Colts, or the Seattle SuperSonics, it will continue.

The NHL has its “original six” and it would be nice to see the existing original teams of MLS gradually grow into that sort of respect for having to carry the league in the early years when the quality was far inferior to what it is now.


There is no doubt that Columbus and its fans have had it rough in recent years. Management under Precourt was poor. The local television deal made it hard for its fans to watch the Crew. The team wasn’t well promoted within its city and the once great Crew Stadium paled in comparison with newer stadiums throughout the league.

Morale among team supporters has naturally suffered and attendance has declined. There has even been jabs about the Crew’s viability in this era of MLS coming from high profile players such as Michael Bradley.

But the past is the past. Things won’t all of a sudden reverse course overnight. But there is a spotlight now on Crew fans increase attendance and atmosphere at the stadium. A new stadium, hopefully a new television deal, better marketing, and a new owner dedicated to Columbus are on the way. Now the Crew fans must respond by showing up the way it used to in the past.

Will the success of the #SaveTheCrew movement invigorate the fanbase? It’s a huge question.


The saga looks to have a happy ending for Crew fans the league did not look good in all of this and it will take a longer time for it to recover.

First, despite Precourt saying he was searching for a way to keep the team in Ohio, further reports showed that he had the intention of moving the club to Austin from the start. MLS and Precourt came across in this ordeal as never being open to keeping the team in Columbus – despite statements to the contrary.

With lawsuits pending, there was no way out of this to look good. Not only will MLS stay in Columbus but now Precourt will get to start his team in Austin and seemingly cut the long line of expansion cities looking to get into the league.


Whenever an expansion team enters into MLS, there is a genuine hope around the league that the team will be a positive addition in terms of attracting fans and local interest.

Austin FC is going to be completely different. In the eyes of a lot of fans, the team is going to represent an ugly side to the league. Crew fans are surely going to despise Austin FC but it is hard to imagine much positivity around the league for Austin FC. Precourt isn’t popular and the team will reflect that.

When the Austin FC logo was unveiled, it was universally panned.


Precourt rolled out his “thoughtful” and “original” Austin FC logo. Wonder how much the design firm ripped him off for this. Just Google “Tree Logo” and these come up. First image is his new logo. The other two are on Google. #SaveTheCrew #CrewSC #AustinFC pic.twitter.com/dAef1drPQ2

On top of that, there are legitimate questions whether or not the city of Austin really wants the team. When looking at the recent successful expansion teams, there was a lot of public interest about having a team come to the area.

Austin FC is going to be under the microscope and if the team doesn’t succeed in the Texas capital, many fans won't care, a bunch will celebrate, and the ugliness of this whole ordeal will be a lingering black mark.