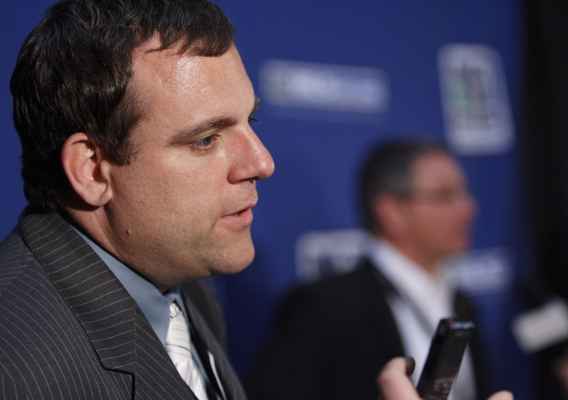 Garth Lagerwey could soon find himself having a huge role in the rebuilding of the U.S. national team and Joe Corona got a big start last night for Club American. Those were just two of the news stories that Brian Sciaretta wrote about on Wednesday morning.
BY Brian Sciaretta Posted
February 14, 2018
1:00 AM
THE NEWS IS BUSY this middle of the week as rumors start to circulate about who will fill the general manager spot for the national team. Also with the 2018 MLS season approaching, there is a lot of significant player movement.


The first big decision that needs to be made by U.S. Soccer in 2018 is to fill its general manager position. This person will be in charge of essentially running the national team and hiring the next full-time head coach.

On Monday, Sports Illustrated reported that Seattle Sounders general manager Garth Lagerwey is in the running to fill this position. This is hardly surprising as Lagerwey has been giving interviews recently that he is open to the position.

Lagerwey makes sense. He has been very successful everywhere he has gone. A graduate of Duke University, Lagerwey played in Major League Soccer in its early days as a goalkeeper but his playing career never took off the ground. Following retirement, he went to law school at Georgetown and then went onto practice at Latham & Watkins, one of the world’s top law firms.

From 2007-2014 he helped build Real Salt Lake into one of the top teams in MLS – and nearly won the CONCACAF Champions League in 2011. In 2014 he moved to Seattle and has since helped that team rise to one of the best in the league.

Lagerwey won’t be the only candidate. Another candidate that has a strong pedigree would be Philadelphia Union technical director Earnie Stewart who served that role in Holland with AZ Aklmaar. Former U.S. national team captain Carlos Bocanegra too commands respect having stared in MLS and many European leagues (and even became the captain of Rangers). Now Bocanegra is the technical director of Atlanta United.

The search is still in its early phase and more news surface in the coming weeks.


MLS Live has been a good product for the league by allowing fans to see all of the out of market games on the schedule for $79 per year. That is going to change as ESPN has acquired the rights and will now show the games on its upcoming ESPN+ app for $60 a year. Bloomberg reported the news on Monday.


MLS Live was a good product that offered highlights and condensed games but the new ESPN+ app could be an improvement as other soccer packages might also be included.

The new ESPN+ will likely be available in the spring after the start of the MLS season. According to the report, MLS will stream the first few games of the season live on its website.


Club America is historically the strongest team in Mexico and one of the biggest outside of Europe. It was questionable how Joe Corona would do there after signing over the winter after leaving Club Tijuana. Corona has been adjusting well so far and last night he earned his second start of the season – playing well in a withdrawn central midfield role. He ended up going 75 minutes in a 4-1 win over Morelia to move into first place of the league.


There has been a ton of movement this offseason in MLS but DC United acquiring Yamil Asad is one of the biggest moves so far.

DC United suddenly boasts a young team heading into 2018. Assad could start either in the midfield or at forward. But there is also the young American trio of Ian Harkes, Paul Arriola, and Russell Canouse who should all play regularly.

Like many other teams, there is also a big South American presence on the team with Bolivian forward Bruno Miranda, Venezuelan midfielder Junior Moreno, and Argentine playmaker Luciano Acosta who should all see significant minutes.