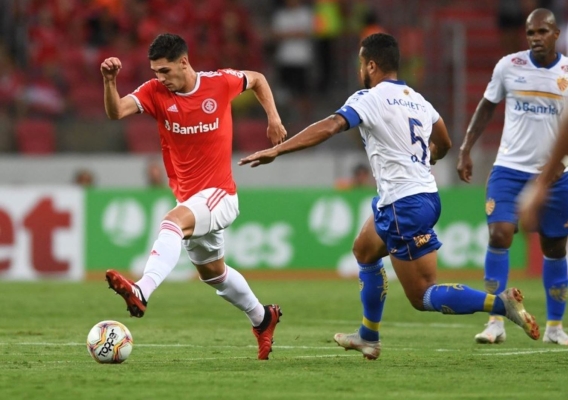 While it wasn't a great weekend for Americans abroad, a lot of Americans played - which is good. ASN's Brian Sciaretta walks you though the ups, downs, and surprises of the past weekend.
BY Brian Sciaretta Posted
January 27, 2020
8:00 AM
IF LAST WEEKEND was a great one for Americans abroad, this past weekend was a significant step back. While it is true that most of the American players who were healthy played, most of the performances were average or worse while and most of the results were disappointing.

Key players Christian Pulisic and Zack Seffen remained injured – although Fortuna Dusseldorf indicated that Steffen would resume to training this week after resting his knee tendinitis.

There isn’t any reason to sound alarm bells. It could be worse if more players were benched or injured, but there simply wasn’t a lot to get excited about. Yes, there were a few good moments but overall it was lackluster.


Without a doubt, the players who had the roughest weekend in Europe were the central defending contingent.

For Tim Ream, at least he didn’t struggle for all that long as he earned the start, per usual, for Fulham in an FA Cup matchup against heavily favored Manchester City but was whistled for a penalty and sent off for a foul on Gabriel Jesus. Fulham ended up bowing out of the competition with a 4-0 loss. It was Ream's first red card at Fulham.

John Brooks went as an unused substitute for Wolfsburg which dropped a very disappointing 1-2 decision at home to Jurgen Klinsmann and Hertha BSC.

In Belgium, Brendan Hines-Ike was suspended for Kortrijk’s 2-2 draw with leaders Club Brugge (with Ethan Horvath still glued to the bench).

In Germany’s third tier, U.S. U-23 defender Chris Richards started for Bayern Munich II in a 3-0 away win over Uerdingen but was subbed out in the 66th minute with an injury.

Finally, Matt Miazga not only started but captained Reading in its FA Cup matchup against Cardiff City on Saturday. Unfortunately for the New Jersey native, he had to be stretchered off the field in the 66th minute with an injury. Scans and a diagnosis are expected on Monday.

Not great on the youth front


Among many of the young players who are seeing first team minutes, the results weren’t great.

Sergino Dest earned the start for Ajax and went the distance in a 2-1 away loss to Groningen. While the American was not a major reason why Ajax lost, he wasn’t necessarily part of the solution either. With the loss, Ajax’s lead atop the Eredivisie table shrunk to three points over AZ Alkmaar.

Josh Sargent earned the start for Werder Bremen but was unable to get anything done in a 0-3 loss at home to Hoffenheim. While Sargent won four aerials – a decent number (continuing with the seven he won last week), he only touched the ball 26 times without any shots, key passes, or successful dribbles. With the loss, Werder Bremen remained in the relegation playoff position and difficult games in February are looming. Sargent has shown a lot of promise at times but the pressure is now on to help achieve results.

Tyler Adams continued to play for Bundesliga leading RB Leizpig and on Saturday he made his third start since returning from a long injury with an away game against Eintracht Frankfurt. This was his second appearance of the three games at right back. In the end, Adams was pretty decent although generally not up to his usual high standard and Leipzig suffered a 2-0 loss. Adams pressed into the attack as a wing-back when Leipzig had possession but moved further back on defense. He covered a lot of ground and had an impressive 94 touches over 71 minutes, but wasn’t able to generate much. With the loss,

Niko Gioacchini, 19, earned another start for SM Caen in France’s Ligue 2 and at this point he appears to be a regular starter for the club. On Friday, the Kansas City native earned the start in a 0-1 home loss to third-place Ajaccio. Certainly Gioacchini was limited in his ability to help the team since the club was reduced to 10 players in the 35th minute (with Gioacchini playing 81 minutes) but the loss was disappointing as it sent Caen to 16th place in the 20-team French second flight - and a relegation battle is looming for the club after three straight losses. Gioacchini now has two goals in 707 minutes in Ligue 2 and two goals in just 149 minutes in the Coupe de France.

Meanwhile, after playing and starting most games for VVV-Venlo this year, Haji Wright did not get off the bench for the club in a


In recent years, we have been writing about successful young Americans with the list typically including Christian Pulisic, Josh Sargent, West McKennie, Tyler Adams, and occasionally Tim Weah. While those players are still young, the list has expanded a bit and this past weekend saw the best performances come from young players outside of the typical mold.

Johnny Cardoso, 18, recently made his first U.S. appearance in November when he played for the U.S. U-23 team despite being eligible for the 2024 U-23 team and the 2021 U-20 team. The New Jersey-born defensive midfielder is now aiming to break into the first team of Internacional – one of the biggest clubs in Brazil (he made one first-team appearance in 2019). On Sunday, Cardoso earned the start and went 61 minutes in a 3-1 win over EC Pelotas in the Campeonato Gaúcho. While more difficult opponents await, it’s an important step towards securing minutes for the upcoming Serie A campaign.

Here is a link to his touches.

Chris Durkin now finally seems to be a regular starter for St. Truiden in Belgium and the club is starting to play better. On Saturday, the club won its second in a row with a 1-3 away win over Royal Excel Mouscron and Durkin went 77 minutes. With the three points, St. Truiden moved into 10th place in the league.

Gio Reyna, 17, made his second straight appearance for Borussia Dortmund in a 5-1 rout over Koln. While he only came on for stoppage time, any minutes he gets at this point is an important step into integrating himself into one of Germany’s biggest and most prestigious clubs.

In Mexico, U.S U-20 winger Sebastian Saucedo continued to start for Pumas and was part of the club’s 1-0 win over Monterrey. Through three games of the Liga MX Clausura, Pumas sit atop the table with seven points.

In Argentina’s top flight, 2015 U.S. U-20 World Cup midfielder Joel Sonora played the final eight minutes for Arsenal de Sarandi in a 1-1 draw with Newell’s Old Boys. With the draw, Arsenal remained in eighth place in the Primera.

Elsewhere, Alex Mendez notched an assist for Jong Ajax on Friday in a 3-3 draw with NEC.


Among the veteran contingent in the Bundesliga, Timothy Chandler and Fabian Johnson had solid outings in starts and wins for their respective clubs.

Fabian Johnson earned a rare start at right back for Borussia Monchengladbach and went 87 minutes in a 3-1 win over Mainz. He was actually quite busy with 72 touches in the win and while he rarely stood out, he was also steady in the win. It was a quiet but productive performance that should keep him the mix for more minutes moving forward as Gladbach looks to push for a Champions League performance.

Timothy Chandler and Eintracht Frankfurt deserve to be buzzing after their 2-0 takedown of leaders RB Leipzig. Chandler has begun to reestablish himself as a key player for the club and went 87 minutes. He only had 27 touches in the win but was defensively very strong locking down the right side of the field and keeping Leipzig off the board.


In December, Weston McKennie suffered a separated shoulder and the injury was supposed to keep him out until February. But his return was ahead of schedule and McKennie was able to play the final 11 minutes on Saturday against Bayern Munich.

For Schalke, it was the only good news of a dreadful performance in a 5-0 loss. McKennie didn’t do much with just two touches but his return was a big step forward.


There were also a bunch of American players who couldn’t be described as having good or bad outings but rather mixed.

Tyler Boyd made a rare start for Besiktas in the Super Lig but the club is struggling immensely. Boyd went 68 minutes in a 2-1 loss to Goztepe. With the loss, Besiktas fell to seventh place and has lost four out of its last five games.

Finally, Eric Lichaj captained Hull City in the FA Cup against Chelsea and went a full 90 in a 2-1 loss.