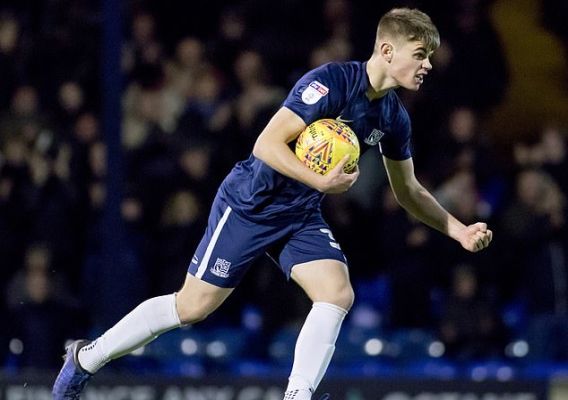 Kelman scores a wonder goal in debut, Adams at Leipzig, & much more

American teen Charlie Kelman made a huge entrance into the pro game with a spectacular goal. Tyler Adams also made his first friendly appearance for Leizpig. Brian Sciaretta looks at that along with seeing what other Americans could be on the move.
BY Brian Sciaretta Posted
January 14, 2019
4:00 AM
IT WAS AN eventful weekend for Americans abroad despite the fact that many European leagues continue be on winter break. The highlight, however, can from an American teenager in the third tier of England who scored a goal for the ages in his league debut.


Charlie Kelman, 17, came on in the second half for League One’s Southend United with his club trailing Plymouth Argyle 2-0 (which became 3-0 minutes after he entered in the 69th minute). Southend was playing terribly but tried to make a comeback.

With the score 3-1 in the 90th minute, Kelman scored an amazing goal that will go down as one of the best debut goals for an American teenager. Gaining the ball inside his own half, the U.S. U-18 forward looked up and saw the keeper out of position. He then hit a lob from inside his half that dipped into the goal and just out of the reach of the keeper.


Take a bow Charlie Kelman. The US U-18 forward with a spectacular goal in League One for Southend United pic.twitter.com/Lk34jNsa2e

It is hard to tell what is more impressive about the goal. The execution or the guts to even try such an attempt in your debut as a young teenager.

In the end, ,midtable Southend United suffered bad 3-2 loss to a club in danger or relegation to the fourth tier. But what it did was likely force Southend United manager Chris Powell to play Kelman more. Which is understandable. Kelman had been scoring at a ridiculous rate for Southend’s U-18 team the past two season.

Internationally, it will be interesting how this plays out. Kelman was born in the United States but is a dual national with England. He is eligible for the U.S. U-20 team in both 2019 and 2021. He is a very likely candidate to be part of the 2021 team but can he make a late push for the 2019 team.

It’s possible for Kelman to make the 2019 team but it will be tough. If Jesus Ferreira gets his U.S. citizenship in time, the current forwards are Ferreira, Sebastian Soto, Justin Rennicks, Konrad De la Fuente and possibly Tim Weah (while Josh Sargent looks very unlikely). That will be a tough team to crack although it is possible of Ferreira does not obtain citizenship and other players are not released.

Then again, England could come pushing as well if credible rumors like this continue to surface.


Tyler Adams, 19, is playing with RB Leipzig’s first team so far in the Bundesliga winter break and he made his friendly debut on Saturday against Turkey’s Galatasaray. Adams came on at halftime with Leipzig up 1-0 and the game ended 1-1.

Adams showed himself well with the ball as he was composed albeit made mostly safe passes. Defensively, he was a little shaky at time reading the press but was mostly satisfactory. There is naturally going to be an adjustment period moving up to a new league and to a team that is pushing for a Champions League spot out of one of the world’s best leagues. But Adams has shown himself up to the task.

On Sunday, Adams played another 45 minutes in a 1-0 win over Wolfsberger AC of Austria.

It will be interesting to see how RB Leipzig use Adams the rest of the season. Will he get regular first team minutes, will he spend some time with the reserves, will he go on loan (if so, likely to Red Bull Salzburg) so he can go through the off-field adjustment phase before the 2019/20 preseason? The next week will be critical to determining that.


DeAndre Yedlin, 25, did not have his best game on Saturday when Newcastle lost to Chelsea 2-1 at Stamford Bridge. The Seattle native was at fault for the Chelsea winner when he gave Willian too much space and the Brazilian was able to find the far post with a perfect shot.

Yedlin has done extremely well in his career to find a starting role with a big but underachieving Premier League club. It does make you wonder, however, if he will eventually settle into more of a wing-back position with fewer defensive responsibilities and more freedom to use his speed in the attack.

Boyd returns to the field

In December, Vitória Guimarães dual-national winger Tyler Boyd, 23, expressed willingness to play for the United States despite having represented New Zealand in the past. For him it will be about becoming a consistent impact player in the top Portuguese flight. He showed that on loan last year with Tondela but can he do it at a bigger club like Vitória Guimarães?

After spending time on the shelf with an injury, Boyd made his first appearance since November when he came off the bench in 69th minute in a 1-0 win over Moreirense. He did not have much of a chance to attack since his team was playing with a man down for the final 20 minutes but it was good to see Boyd back on the field.

Players to watch on the move

There has been a lot of movement this month with Americans abroad. Tim Weah, Manny Perez and Andrew Gutman have sealed moves to Celtic. Tyler Adams is with Leipzig. Ian Harkes is heading to Dundee United.

But the window will be open for many countries the next two weeks. Who else could be on the move?

Luca de la Torre: the U.S. U-23 midfielder is ready for first team playing time but will likely need a loan away from Craven Cottage.

Emerson Hyndman: with his loan at Hibernian over, Hyndman also likely needs a loan away from the Premier League to get regular minutes. He has the talent but the way his career has been managed, consistency has been an issue due to uneven playing time and loans that were always abrupt in nature.

Matt Miazga: Will the New Jersey native move to another loan after his time at Nantes is not going as well as expected in recent months

Dilly Duka: The out of contract New Jersey attacking midfielder is currently on trial with Albanian leaders FK Partizani.