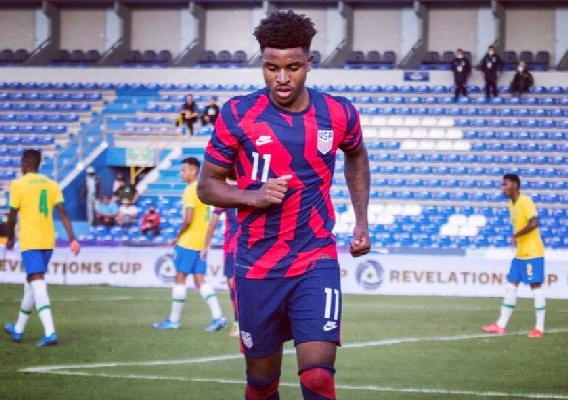 Dante Sealy is helping the U.S. U-20 team get through its inaugural camp of the cycle. While he is impressed by the team's talent, he realizes that building chemistry and camaraderie will be the biggest challenge for new head coach Mikey Varas. ASN's Brian Sciaretta spoke with Sealy from the team's camp to discuss its progress ahead of Wednesday's game against Mexico.
BY Brian Sciaretta Posted
November 16, 2021
7:05 AM

THE UNITED STATES U-20 national team is set to take on Mexico on Wednesday to conclude the Revelations Cup - the team’s first camp of the new cycle and its first camp since January 2020 when the previous cycle was halted due to the COVID pandemic.

Dante Sealy, 18, is one of the key players on the team and the winger is currently on-loan from FC Dallas to PSV where he plays with Jong PSV – based in the country’s second tier.

It’s been a tough camp for the squad so far because new head coach Mikey Varas was only hired the day before the team travelled to Mexico. Most of the players have never played together before and have been away from youth national team action for years because of the pandemic. Unsurprisingly, the team lost to Brazil 4-0 before settling for a 1-1 draw against Colombia after having a lead with just 10 players into stoppage time.

Sealy has known Varas since his time at FC Dallas and is one of the few players on the team who knows what to expect under the new manager.

“Mikey was an academy coach before he became an assistant with the first team,” Sealy told ASN from Mexico. “I was him a little bit when he was with the U-17’s and I was with the U-19’s at the time. We've known each other for awhile so the connection is there… He can't really give us too much information in this little amount of time - besides being disciplined on defense, having good structure, when we lose the ball - work to get it back immediately. He wants us to be free in the attack. As the year goes on, he's going to give his plan.”

The finale against Mexico should be a good test for the U.S. team – although some of the U.S. players have already returned to their club’s ahead of the MLS playoffs that open this weekend.

The team and the coaching staff is essentially learning on the fly. The loss to Brazil was a wake-up call but the U.S. team improved significantly against Colombia. For Sealy, it’s been a tough assignment but he is optimistic over the direction of the team in such a short period.

“Obviously getting here in training for one day as a team and then playing Brazil the next day is tough but that's the situation we've been put in and there isn't anything we can do about it,” Sealy explained. “But the next game was much better. We had a few trainings to get some tactics together. I think we're proving that we are going in the right direction.”

WATCH ?? Dante Sealy curls one into the top left corner to earn Jong PSV a 2-2 draw with Jong Roda JC.pic.twitter.com/8dYon8Px8Q

The current U.S. U-20 team makes up players from the 2003/04 birth years and, at least at the club level, the team is at a strong spot to start the cycle. Many players have been playing regular first team minutes with their clubs and some have even been “impact players” at that level.

So far in this camp, Sealy has been impressed by the individual talent but is quick to point out that won’t be enough as chemistry and coaching will be massive factors as to whether or not this team is successful.

“It's a very talented group,” Sealy said. “We've have very limited time together, but other than that - it's been good. We've had good trainings. Obviously the first game didn't go well but I think it's been go so far….This is a very talented group but not just talent can win games. We have to be able to know how to play as a team. We have to get the chemistry right. But the talent is definitely there. I am looking forward to it.”

At the starting point of the cycle, Sealy is one of the team’s top wingers. His loan to PSV has started off well and he has five goals in 11 games for Jong PSV. His best moment came on October 22 when he notched a hat trick in a 5-2 away win over Almere City.

Dante Sealy vs Brazil U20 pic.twitter.com/YByYaPNRcX

His loan runs through the end of the 2022/23 season and includes an option to buy. Thus far, Sealy has impressed.

“It took me a little bit to get adjusted - with the playing style, the players, the coaches,” Sealy said of his move to Jong PSV. “But I've been doing well and I think I've found a bit of a rhythm. I've just been trying to take that and run with it. Being productive is the main thing to staying on the field - just consistency.”

For now, Sealy’s focus is on the U.S. U-20 team and the team has a very important role in US Soccer’s short-term future. Next summer it will take part in a single tournament that will serve as qualifying for both the 2023 U-20 World Cup and the 2024 Olympics.

In the first half of 2022, Varas will hope to have multiple camps to prepare for the tournament but Wednesday’s friendly will help to give the team a good test of the intensity of international play. The U.S. – Mexico rivalry is one of the more passionate international rivalries and the U-20 team gathered on Friday night to watch the senior team defeat El Tri 2-0 in a big World Cup qualifier. 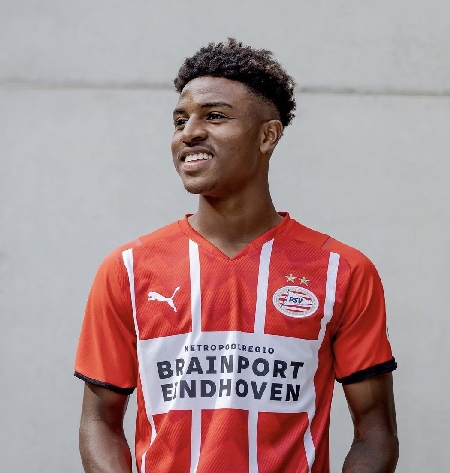 Sealy said the team felt inspired and believes this team is up to the task to qualify not just for both tournaments, but also go far in them as well.

“I think we're ready for the task,” he added of qualification. “It's going to be hard but we have the group and the mindset we can get it done.”