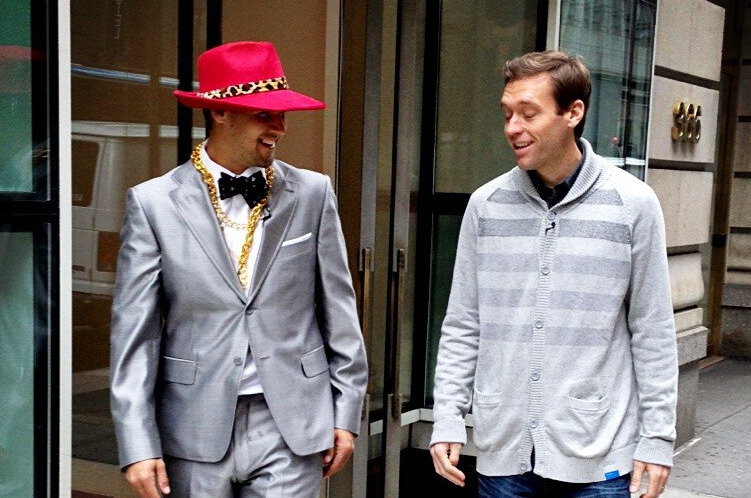 KICK TV take the Major League Soccer MVP on a New York City shopping trip, while Perry Kitchen plays board games with his teammates and Herculez Gomez hits up Taco Bell.
BY Jesse Yomtov Posted
February 16, 2013
9:39 AM
10. Terrence Boyd: Hang in there, Terrence. We still love you.

Happy Valentines Day to all. Apparently I always happen to be single on these days

9. Perry Kitchen: I would argue that it’s a far better time-killer than Monopoly

Great way to spend an afternoon with teammates #risk twitter.com/PerryKitchen23…

Happy Valentines Day from the most beautiful van.... Minus Andy cause he sucks... twitter.com/brad_evans3/st…

Is it sad that I want to try one ???? #FourthMeal RT @buzzfeed: The Taco Bell Doritos Cool Ranch taco IS HERE! twitpic.com/c3ewg8

I signed three contracts this week:One with Sjetne,one with Rosenborg,and one with Taco Bell in my sleep.

4. Heath Pearce: He should totally start one of those petitions to the White House

Kissy faces in pictures should be banned globally

3. Stuart Holden: I’ve never seen anyone or anything as disinterested in a pancake as Holden’s adorable puppy

@alebedoya17 just put a bandaid on it..

This is what happens when u hang with Jimmy Conrad RT @kicktv This is @jimmyconrad showinghow to roll like an MVP twitter.com/KICKTV/status/…”