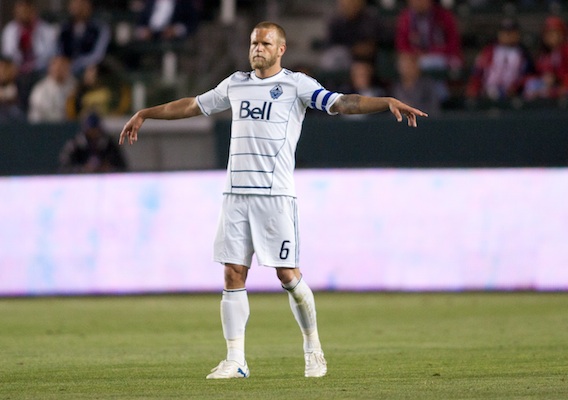 Jay DeMerit Has Some Trouble at the Grocery Store

The Vancouver Whitecaps defender, who recently had surgery, attempts to buy some food, while Alejandro Bedoya just wants to go clubbing. Plus, A.J. DeLaGarza has T-Rex arms.
BY Jesse Yomtov Posted
March 16, 2013
12:08 PM
10. Alejandro Bedoya: You’re better off not going to Ultra, Ale, we guarantee it

Wish I could be at Ultra in Miami these 2 weekends! Not just for the awesome music but to witness crazies make out with trees! Lol

Sweatpants hair tied chillin with no make up on, thats when u the prettiest I hope that u dont take it wrong #drizzy

Illegal throw? It's not my fault I have T-Rex arms...

6. Chris Pontius: Why the thighs?

Ready for this weather to warm up. Also ready for my buildings pool/hot tub to open up. Thighs could use some sun

That awkward moment when you realize #messi (age wise) is not even in his prime yet.

3. DaMarcus Beasley: This is the best philosophical question I’ve heard in a while

A friend asked this on my fb was interesting!... If u had to marry the last person you had sex with, would you be happy??

2. Dax McCarty: It’s happened to the best of us

Maniac driver cut me off this AM. I yelled/used foul language. Then realized Kelly Clarkson was on the radio. Couldnt be a tough guy anymore

1. Jay DeMerit: This is what your fiancé is for!

Grocery shopping on crutches is fun... Like, SO MUCH FUN!!!