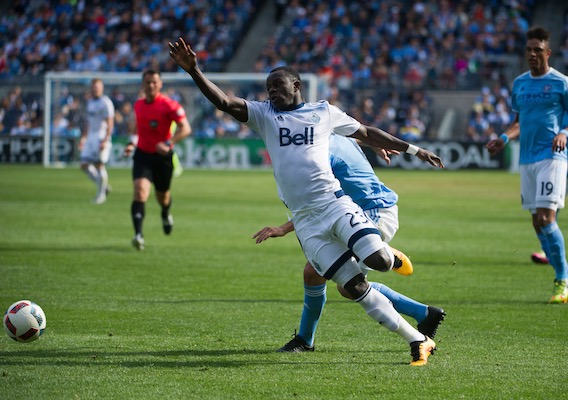 The future is now for the U.S. men's national team and its new coach, Bruce Arena. Accordingly, Brian Sciaretta expects to see a good number of veterans at the team's upcoming January camp.
BY Brian Sciaretta Posted
December 19, 2016
4:35 AM

U.S. SOCCER'S UPCOMING CAMP will be one of the most important January gatherings in memory, with new coach Bruce Arena focused on setting a new tone for this troubled team. The Americans lost their first two World Cup qualifiers and need to turn things around quickly.

Camp will not begin until sometime after the first week of January and will feature Major League Soccer talent as European and Mexican-based players have club obligations. Arena has revealed a variety of clues about what to expect, most recently in a Facebook chat on Friday.

Don't expect a radical departure from Jurgen Klinsmann's player pool. Yes, there will be some new names in January, like every year, but there will also be many familiar faces.

Arena has suggested that camp could be quite large—as many as 30 players could be in attendance.

It will also include players who have been out of the picture for quite some time—including some older talent. Arena’s sole focus is winning the two March qualifiers, so he needs players who can help the Yanks achieve that very specific goal.

Assuming Arena invites 30 players, several names have already been hinted at or even dropped: Darlington Nagbe, Walker Zimmerman, Matt Hedges, Kekuta Manneh, Benny Feilhaber, Chris Pontius, Keegan Rosenberry, DaMarcus Beasley, Jermaine Jones, Dax McCarty, Gyasi Zardes, Juan Agudelo and Clint Dempsey, who will join as more of a way to be evaluated.
Established MLS stars, including Sacha Kljestan, Alejandro Bedoya, Michael Bradley, Jozy Altidore, and Jordan Morris—are likely to attend.
And then there are a few wild cards, such as Brad Guzan, who will almost certainly be in camp if he transfers from Middlesbrough to an MLS team. Given all of that, here's my predicted camp roster.

The potential inclusion of Manneh is intriguing as the Gambian-born forward is now a citizen but is still waiting for approval from FIFA. His speed would give Arena a strong option off the bench.

Both Hedges and Zimmerman completely deserve the opportunity and both have a long history of being snubbed by U.S. teams. Hedges was one of Klinsmann’s most glaring oversights (probably the biggest snub among MLS players) and Zimmerman has often been overlooked in his past at both the U-20 and U-23 levels. As a pairing in central defense with FC Dallas, Zimmerman and Hedges have been maybe the best duo in the league. Zimmerman is dominant in the air and Hedges is a proven leader.

Feilhaber and Nagbe will have a lot to prove. Feilhaber can be a brilliant passer but he is nearly 32 and has been away from international soccer for years. Can he deliver that final attacking pass that Arena believes is a U.S. weakness? If so, there could be a place for him on this team.

Meanwhile, Nagbe is extremely talented but has proven to be difficult for coaches to find a role. He’s not a No. 10 and he’s not a defensive midfielder. He doesn’t play physically either. Even Caleb Porter, who coached Nagbe in college as well as in Portland, has struggled to find the right spot.

Rosenberry should be rewarded for a strong rookie season. In 2016 he made 36 starts across all competitions for the Philadelphia Union, logging 3,234 minutes along the way. And while it wasn’t all perfect and he looked tired late in the season, he also showed moments of enormous promise. His one-on-one defending improved mightily and his passing was usually very strong. There is a very limited supply of young American fullbacks and this camp could be a big opportunity for Rosenberry.

Finally, this will be a big camp for Michael Bradley—assuming he does not go out on loan to a European club. Bradley has played a variety of roles under Klinsmann and lately he has not been successful. Further complicating matters, Bradley and Jermaine Jones never seem to perform well as a central midfield duo. Bradley is still remarkably talented and has a lot to offer. Arena has suggested that he could best be used as a No. 6 but among Arena’s biggest tasks will be getting Bradley to play up to his potential. If the new coach can do that, the U.S. will be tough to beat in the Hexagonal.

What do you think of Brian's roster? Are there any players you'd like to see in Janurary camp? Share your take below.