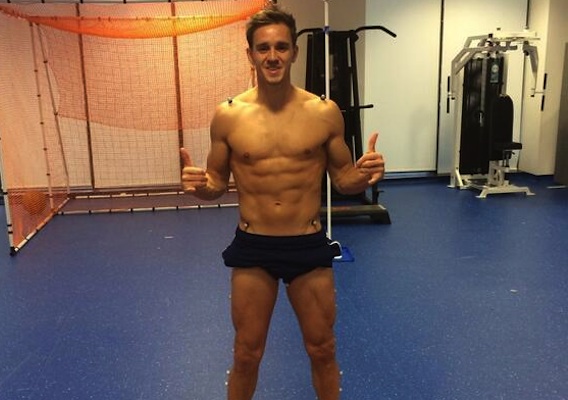 In this episode of Tweets of the Week, we have a lot of activity on the European front and a risky/risque request from Landon Donovan. Take a look (and RT some of these if you get the urge).
BY Justin Churchill Posted
January 24, 2014
1:47 PM

What in the world is Brek Shea wearing?

Lets hope this streak of good luck continues through the summer.

Epic fail today! Parked with no parking pass(ticket expected) missed 2 trains this am and no 1 this afternoon! Ha ha! #waitingforthenextone

The NBA left Seattle, so Deuce crossed the Atlantic to catch a game.

When he's not playing in the midfield for Seattle or right back for the U.S. national team, Evans can be found fine-tuning his Perez Hilton-style celeb reporting.

Bieber is the new Lohan. Sinking like the titanic.

Keep stacking those minutes while you're at it.

Great home win @bfc_official today and what and effort by the boys...onto the next one...let's keep stacking these points!! #barnsleyfc

Found my name on our new bus! On our way to Paris for big gametomorrow night vs PSG! ?? Allez #FCNantes pic.twitter.com/E0m9BqXfkm

Given the extreme—and extremely public—nature of the buildup, we'll be expecting big things.

Excited to be joining fcutrecht #FCUtrecht on Loan for the rest of the season. First European debut… http://t.co/MOGe0k8OkL

Can you blame him?

I love what I do

Did some more testing at Bolton University today for movement patterns and power!! Checking all the boxes ?? pic.twitter.com/yQUURnfNxX

We're afraid to ask how this played out.

The team is at dinner and just told me about snapchat...we're having a contest and best picture wins a signed jersey! Name=EntertainMe2014

Agree with our rankings? Did we leave any out? Share your thoughts below or reach out to Justin on Twitter.