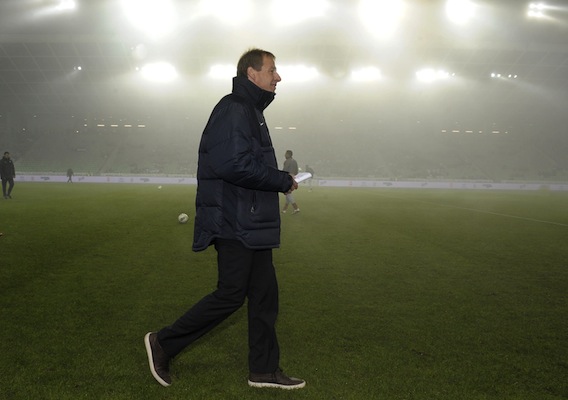 The American Soccer Now audience has some strong opinions about the head of the United States national team and they aren't afraid to share them. We offer a sampling of what you're saying.
BY Noah Davis Posted
October 14, 2012
8:00 AM

One of my favorite parts of ASN is the Jurgen Klinsmann infographic, a diagram that lets you tell the world how you think the American coach is doing on line between between Great Tactician and Poor Tactician and Excellent Roster Manager and Picks the Wrong Players.

After the manager picked his roster for the Antigua & Barbuda match, the comments trended down and to the left because the general population was upset. But after the game, people got a bit more positive. Here's a sample:

"The new blood is a welcome sight, but the inconsistency, thin skin and modest approach compared to his soaring rhetoric about open, attacking play leaves me cold."—Paul

"He's got a good idea of what he *wants to play* but what he actually plays doesn't fit the players called in at all." — Byertfjord

Got an opinion? We'd love to hear your thoughts.