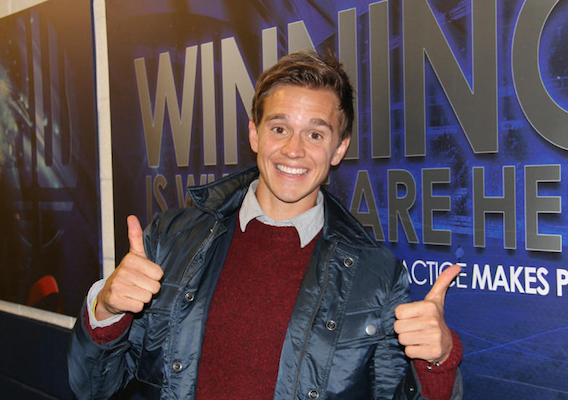 Here's How the ASN 100 Fared This Weekend

Every Monday we’ll provide updates on how key ASN players performed in their most recent matches. Here’s a quick look at 13 U.S. players, with lots of embedded videos.
BY Josh Deaver Posted
October 22, 2012
6:45 AM
Fabian Johnson—ASN Rank No. 6 After missing the two most recent U.S. World Cup qualifying matches with the flu, Johnson returned to Hoffenheim’s starting lineup for a quiet 90-minute shift in a Bundesliga matchup against Greuther Fürth. Hoffenheim started impressively but managed to surrender the lead three times, including once to a stoppage time dagger that resulted in a 3-3 draw. The result leaves Hoffenheim in 13th place with 8 points on the season. Fellow Yank Danny Williams, ranked 10th in the ASN 100, missed the match due to yellow card accumulation. Jozy Altidore—ASN Rank No. 8 Those hoping to see Altidore in action, for any team, will have to wait another week. The forward was unavailable for AZ Alkmaar’s match against NEC Nijmegen due to the red card he picked up in Alkmaar’s previous league match against FC Twente. AZ coach Gertjan Verbeek tried to overcome missing four of his top players due to suspensions and injuries, but Alkmaar fell 2-0 and dropped to 13th place in the Eredivisie. In a stark contrast from last season, AZ now has nine points from as many games and are just four points above the relegation line. Brad Friedel—ASN Rank No. 11 Friedel’s Cal Ripken-esque streak of 310 consecutive matches played came to a halt earlier this month when Hugo Lloris got the nod over Friedel in a match against Aston Villa. But normal service has resumed. Friedel was back between the pipes for Tottenham on Saturday but could do little as the squad fell 4-2 to a dangerous Chelsea side that remains at the top of the Premier League. Tottenham manager Andres Villas Boa had this to say: "They compete for a position. In the end, we have made Brad the No. 1 for the beginning of the season and we still see Brad as No. 1, a player who has been tremendous in goal for us.” Chris Wondolowski—ASN Rank No. 24 Where’s Wondo? Probably scoring goals. The San Jose striker crept closer to the MLS scoring record Sunday night with a 73rd-minute goal against the Los Angeles Galaxy. He now has 26 goals, one behind Roy Lassiter’s single-season record of 27, a mark which has stood since the league’s inaugural 1996 season. Lassiter, while admitting to mixed emotions, praised Wondolowski Sunday night. “I’m glad MLS has brought me here to witness a historical event,” he said. “I’m here to support Wondo.” Eric Lichaj—ASN Rank No. 26 One of the most ballyhooed American prospects cannot catch a break this season. Lichaj returned to the Aston Villa starting XI at the tail end of the 2011-12 Premier League season but has only seen sporadic starts and infrequent minutes this year for the Villains. Competing within a musical chairs rotation at fullback, Lichaj has yet to maintain the kind of consistent form that would distinguish him as a first-choice player for boss Paul Lambert. After coming on Saturday versus Fulham in the 62nd minute, Lichaj was somewhat at fault for the eventual winner which came off the boot of Fulham’s Chris Baird. In the decisive moment, the Fulham midfielder snuck in front of Lichaj on the near post to put home a late corner kick that gave the Cottagers the win.
Fu1-0As[Matchhighlight.com]shl by matchhighlight1 Stuart Holden—ASN Rank No. 30 More than a year after suffering his second consecutive horrific knee injury, an excited Holden tweeted, “I'm on a jet plane! See you in the morning England!! Straight to the Reebok [tomorrow]!" Now back with Bolton, Holden will be working to get himself back into the Championship side’s starting XI and, presumably, earn a call-up with the U.S. national team during the Hexagonal.

Good news! Guess who's back? That's right, Stuart Holden is back in the country! #BWFC twitter.com/OfficialBWFC/s…

Tim Ream—ASN Rank No. 34 After being relegated to the Championship last season, 2012 has seen Ream in and (mostly) out of the Bolton lineup. However, Ream returned to the XI this weekend versus Bristol City, but it was not his best showing. Ream gave up a 21st-minute penalty kick which put the Wanderers down 2-0. While Bolton was able to storm back to a 3-2 victory, Ream is struggling right now.
Footreview
Alejandro Bedoya—ASN Rank No. 46 Alejandro Bedoya has not played with the U.S. national team since Jurgen Klinsmann took over, but that could be changing soon. The former Glasgow Ranger is now with the Swedish side Helsingborg and has done well to establish himself as a major contributor. Primarily deployed as a right winger, Bedoya has recently been starting up top in a 4-4-2 formation. This weekend he continued his good run of form versus his former club Orebro, picking up an assist in a 1-1 draw. Alfredo Morales—ASN Rank No. 57 Morales has been unable to crack the lineup of 2.Bundesliga side Hertha Berlin this season, a squad which boasts another American-eligible player, John Anthony Brooks. Morales continues to plug away on the Hertha U-23 side, however, and this weekend he netted his first goal of the season with an impressive individual display in a 4-1 victory over Torgelower Greif. Zak Whitbread—ASN Rank No. 60 While repeated injuries have kept the Houston-born defender out of the U.S. national team picture, Whitbread continues to perform admirably in England. Whitbread started and played 90 minutes Saturday in Leicester City’s 1-1 draw with Birmingham City. The Foxes, down for a majority of the match, thoroughly outplayed Birmingham and were able to steal a point with a last-gasp strike. With that result, the Foxes now find themselves atop the Championship table. Jonathan Spector saw red in second-half injury time. Nick DeLeon—ASN Rank No. 64 DeLeon, a 22-year-old rookie midfielder for D.C. United, continues to impress. Down 2-1 in the 39th minute during a crucial weekend matchup with Columbus, DeLeon netted his sixth goal of the year, a tap-in equalizer past keeper Andy Gruenebaum. The tally set D.C. United’s rookie single-season scoring record and helped the club claw back to a 3-2 playoff-clinching win. Jack McInerney—ASN Rank No. 67 As the Philadelphia Union’s disappointing 2012 campaign sputters to a close, McInerney is finishing the season on a high note. He has scored four goals in as many games, including a wonderfully placed off-balance header in a 3-1 loss to Houston Dynamo on Saturday. Take a look: Conor O’Brien—ASN Rank No. 96 The 24-year-old O’Brien is having a breakout year in the Danish SuperLiga, having tallied three goals and three assists in 13 matches for Sonderjyske. He recently made the SuperLiga team of the week and has received high praise from Danish international Tommy Bechmann, who tweeted: “I can only say one thing, @ConorOBrien22 is without doubt one of the best midfield players and [has] earned a [U.S] call.” O’Brien’s performance in the match on October 20th included an assist as well as a perfectly timed pass which resulted in a penalty kick. Sonderjyske lost to Aalborg, 2-1, but it was another strong performance for a player who has never featured for the United States at any level. Josh Deaver is a former academic turned soccer obsessive. Follow him @USSoccerGuy for daily updates and musings.