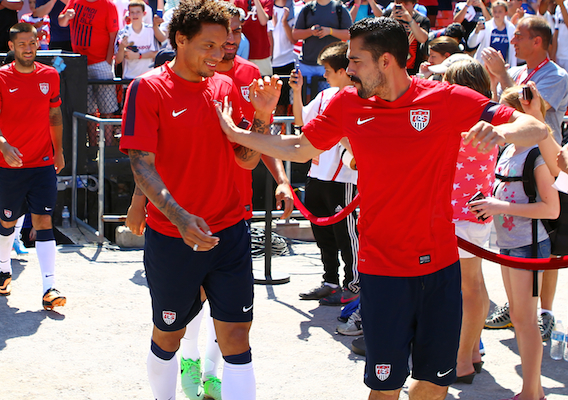 Herculez, 'Dolo, and Paul Arriola All Have Big Weeks

Bobby Wood ( #77)
got the start for Munich 1860 II over the weekend, playing 73 minutes before being sent off with a straight red card in a 2-0 loss to the Ingolstadt reserves. Will Bruin ( #46)
grabbed his eighth MLS goal of the season on Sunday during the Houston Dynamo’s 1-1 draw with the New England Revolution. Josh Deaver is a former academic turned soccer obsessive. Follow him on Twitter.